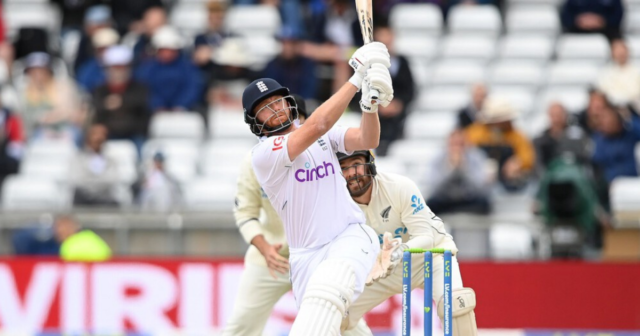 ENGLAND have beaten New Zealand on the final day of the Test match to win the series 3-0.

The run chase was completed on Monday morning in just over an hour’s play.

Ben Stokes captaincy is off to a flyer, as is Brendon McCullum’s as Test head coach.

They promised aggressive cricket from the start and they backed up their words.

The whitewash was confirmed in Headingly as the game aptly ended with two Yorkshiremen out in the middle.

Johnny Bairstow battered the ball to all parts of his home ground as he finished on 71 not out, with Joe Root on 86.

Jack Leach was awarded player of the match after picking up 10 wickets at an average of 16.6.

In this article:mondaymorning, newzealand, thefinal