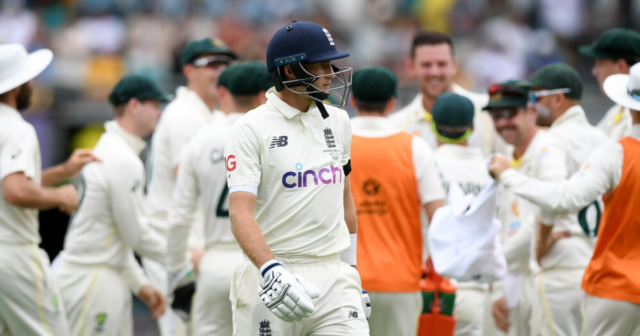 YEARS of dreams, months of planning and weeks of practice. And what happened? Rory Burns was out first ball.

Not just the first ball of the match but the very first delivery of the Ashes series. And it set a grim tone for the rest of the day.

England staggered and stuttered to just 147 all out before a storm hit the Gabba ground and prevented Australia from beginning their reply.

The batsmen were exposed by the relentless power and penetration of Australia’s fast bowlers on a tricky pitch.

Almost everything that could have gone wrong for Joe Root and his team did go wrong. All those hopes of being competitive in this series might have been wiped away in a single day.

Root was out for nought while his Aussie counterpart Pat Cummins took five wickets on his first day in charge. Talk about a tale of two captains.

England’s decision to omit both Stuart Broad and James Anderson – for the first time in five years – caused widespread bafflement.

And then Root’s choice to bat first turned out to be a mistake because the green-tinged surface allowed the ball to nibble around and, in Mitchell Starc, Josh Hazlewood and Cummins, Australia had the perfect trio to take advantage. 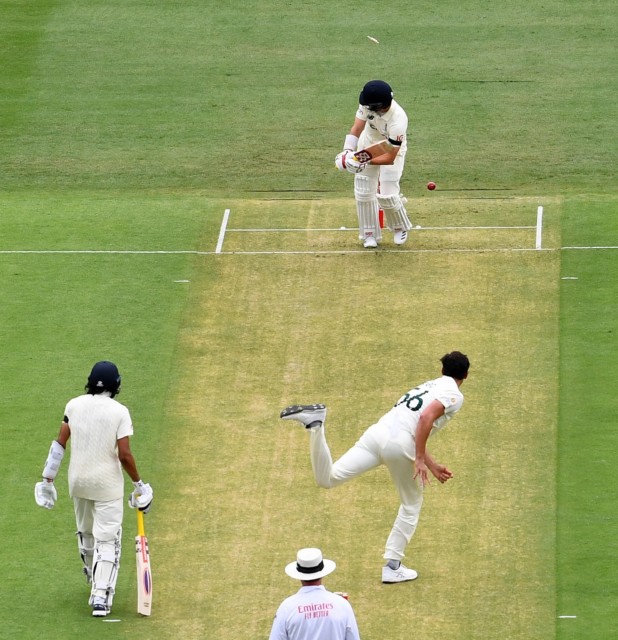 Starc sent down the opening ball of the series and left-hander Burns, moving too far across his stumps, missed what was effectively a leg stump half-volley.

He was bowled for his sixth duck in Test cricket in 2021 – breaking the England record for an opening batter of five set by Mike Atherton in 1998.

As portents go, it could not have been any worse.

England looked exactly what they are – a fragile batting unit and underprepared because of the Covid restrictions and all the recent rain in Brisbane.

Burns’ golden duck joined the likes of Steve Harmison’s wide that went straight to Andrew Flintoff at second slip in 2006 as disastrous first balls for England in away Ashes series.

It was the first time a wicket had fallen to the opening delivery of an Ashes series since 1936-37, when an Englishman called Stan Worthington was dispatched.

No.3 Dawid Malan was undecided between playing or leaving a ball from Hazlewood and succeeded only in edging a catch to debutant wicketkeeper Alex Carey. 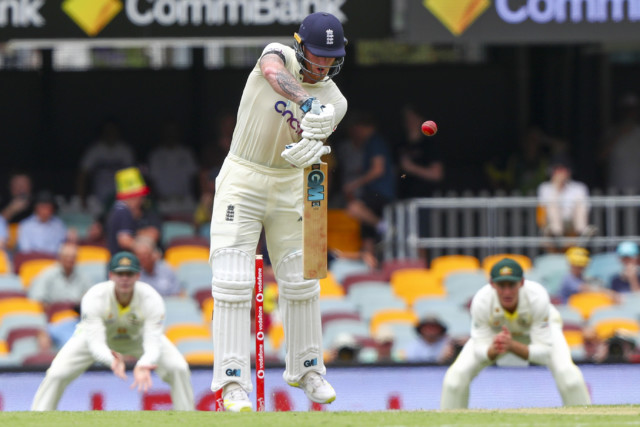 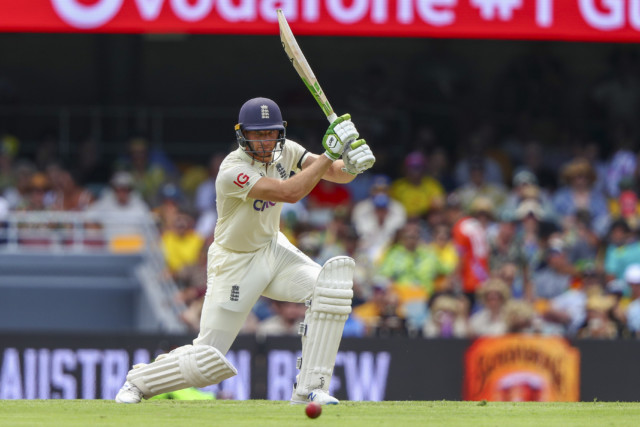 When Root edged Hazlewood to David Warner at first slip, England were 11-3 and beyond their worst nightmares.

Ben Stokes, playing his first Test since March, was squared up by Cummins from round the wicket and caught via the shoulder of the bat by Marnus Labuschagne at third slip.

England were wearing black armbands in honour of former England player Eileen Ash, who died earlier this month at the incredible age of 110.

Stokes wrote the number 568 on his armband, which was his dad Ged’s number when he played rugby league for New Zealand in 1982. Ged died exactly a year ago.

Opener Haseeb Hameed survived the morning session with something approaching calmness but, in the first over after lunch, edged to Steve Smith at second slip.

Ollie Pope and, in particular, Jos Buttler counter-attacked with a half-century partnership for the sixth wicket until Buttler edged a ball from Starc that bounced a touch and then Pope top-edged a hook and gave Cameron Green his first Test wicket.

Cummins ran through England’s tail as Ollie Robinson swished unconvincingly, Mark Wood popped a catch to short leg and Chris Woakes was held by a diving Hazlewood at fine leg in a near-carbon copy of Pope’s dismissal.

The Aussies are already beginning to crow about the hapless Poms. Even the Queensland Police tweeted they are “launching an investigation into a group impersonating a Test batting order at the Gabba.” 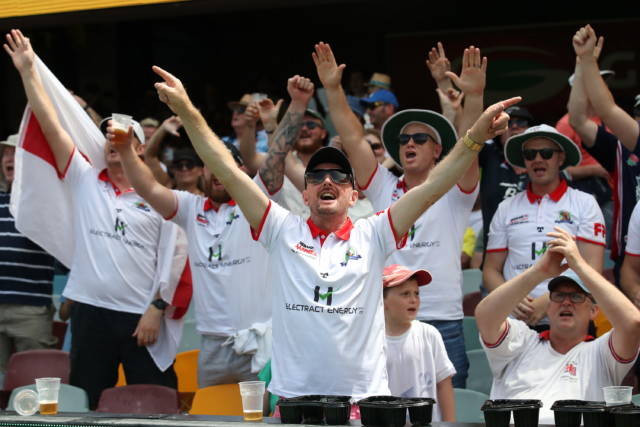 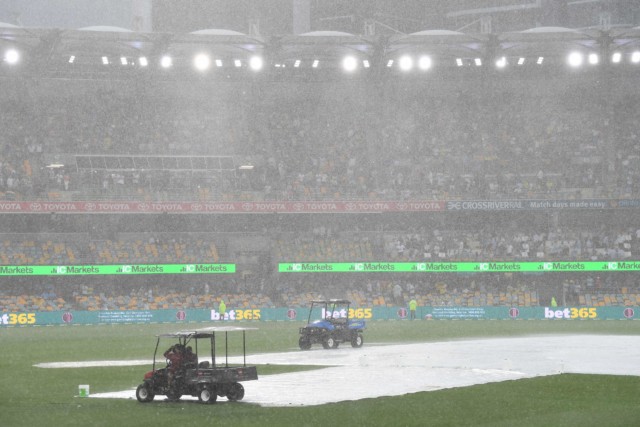 Heavy rain set in at tea and brought an early end to the day’s play
Advertisement. Scroll to continue reading.
In this article: