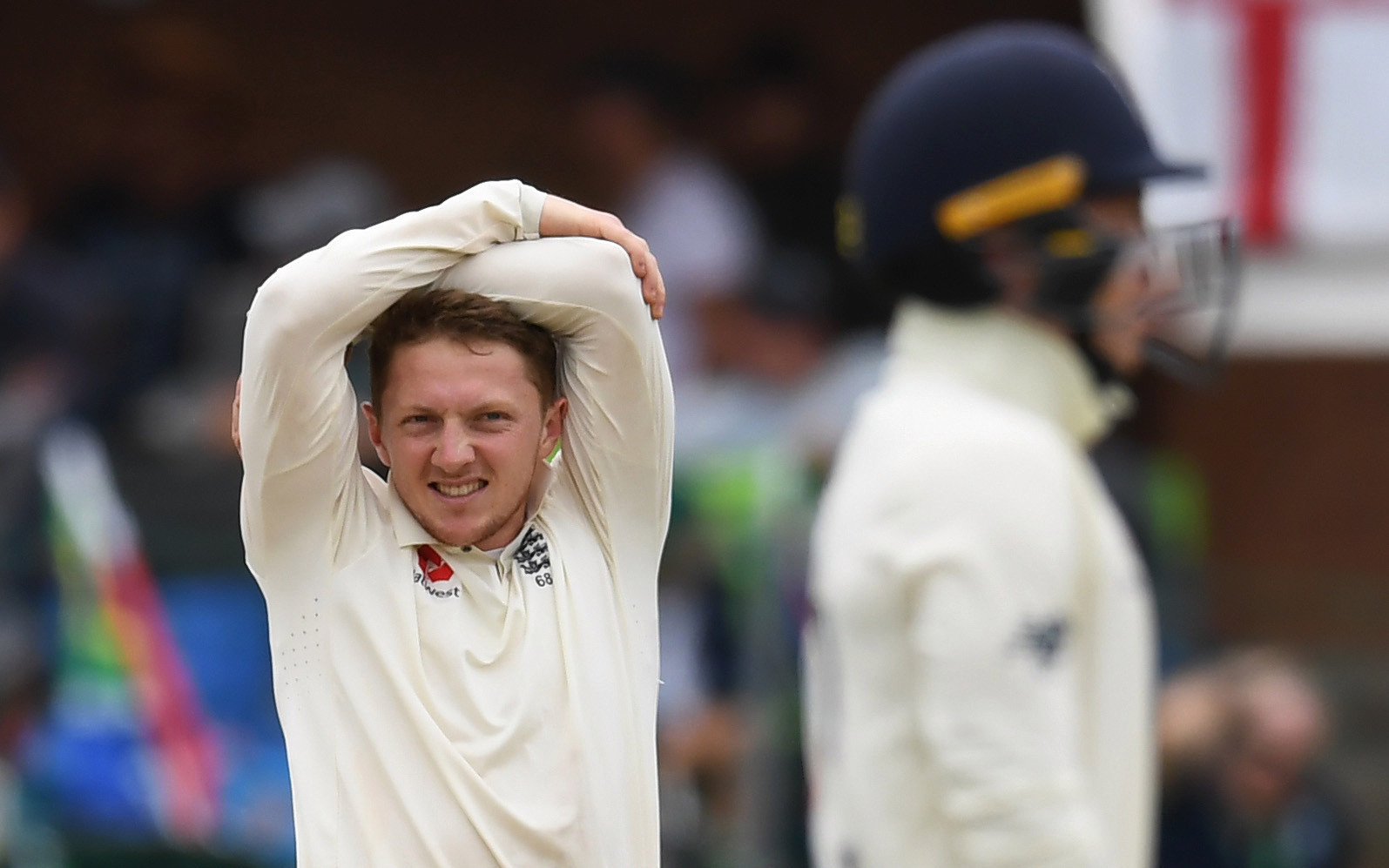 DOM BESS says it started when he was doing his A-levels and he broke down in the classroom.

Since then the Somerset spin bowler has shed plenty of tears, been gripped at times by anxiety and depression and has had to take time away from cricket.

Bess describes his struggles as like being in a never-ending downward spiral and explains how he has been helped by the likes of Marcus Trescothick, who has spoken so candidly about his own problems.

The 22-year-old has known delight, too, making his Test debut at the age of just 20 against Pakistan.

And earlier this year he helped England to back-to-back victories in South Africa, including his first international five-wicket haul.

Now he is opening up on his mental health struggles in the hope he can encourage other young people to do the same and feel better.

The interview was not planned this way. I called him to talk about his successes in South Africa, his improved spin bowling, what he is doing during lockdown and being Man of the Match in Sky TV’s virtual First Test in Sri Lanka.

But his account of his struggles came tumbling out. He wanted to talk about his rollercoaster journey and the whirlwind of emotions he has experienced.

“I wasn’t very academic and I was feeling anxiety and depression about my exams. Then there was an incident in class — I broke down. 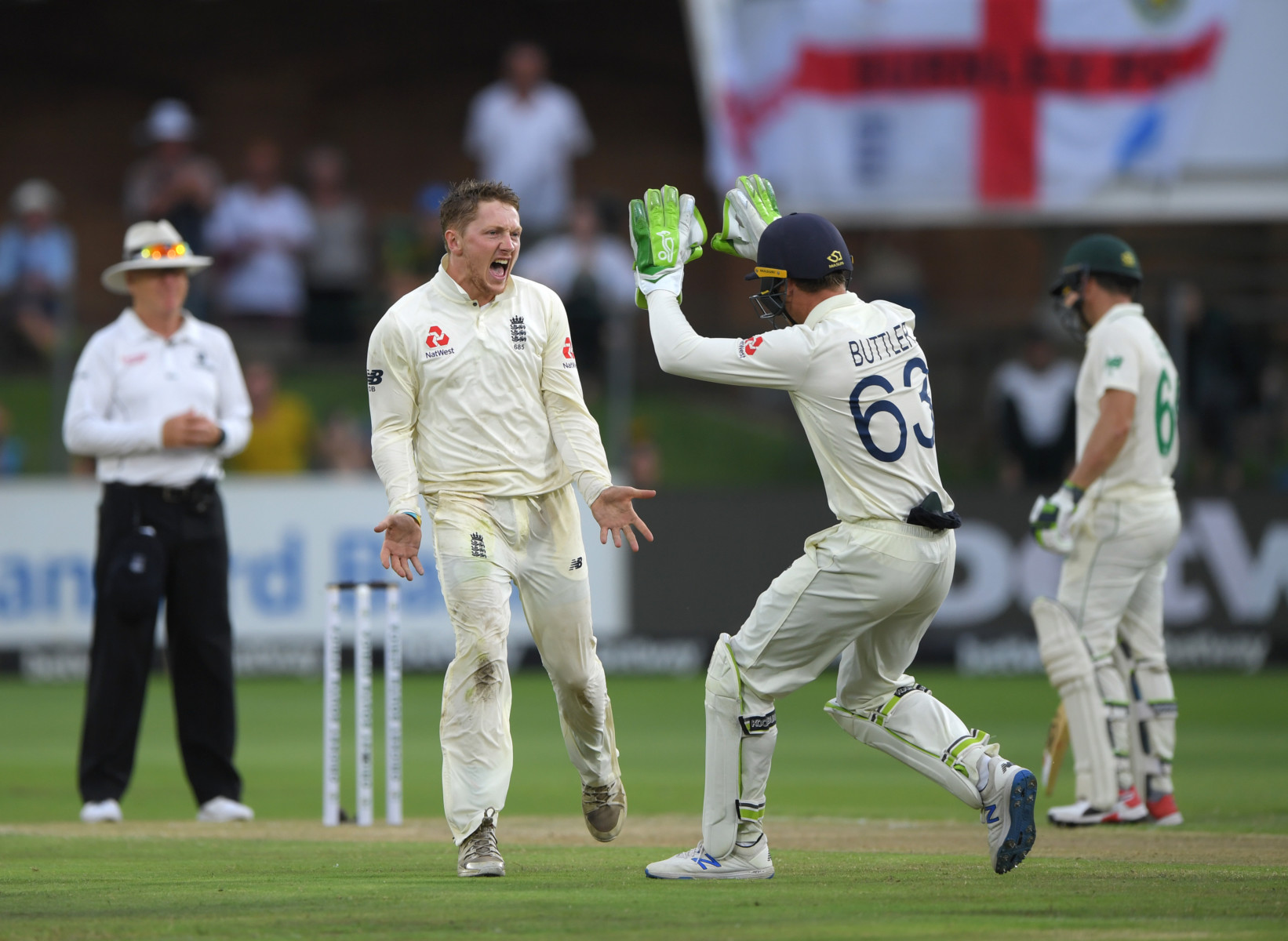 Bess, 22, made his England Test debut against Pakistan at the age of 20

“I never nipped it in the bud and it spiralled from there. I bottled things up and they got a lot worse.

“The knock-on effects caused me to fall down mentally and it felt like I couldn’t get up.

“If I’m trying to understand my problems and talk about the downward spiral, I go back to those days, when I was 17 or 18.

“I was probably at my lowest point, really struggling mentally.”

When Bess played two Test matches in 2018, his career was on an upward trajectory. He took 3-33 against Pakistan at Headingley and made scores of 57 and 49. But he was omitted for the next Test and went back to Somerset.

He was unable to secure his place there and dropped to the county’s second XI.

Bess then went on loan to Yorkshire and started to have feelings of disconnection from home.

The same happened last summer and it came to a head during a match against Yorkshire in September 2019. 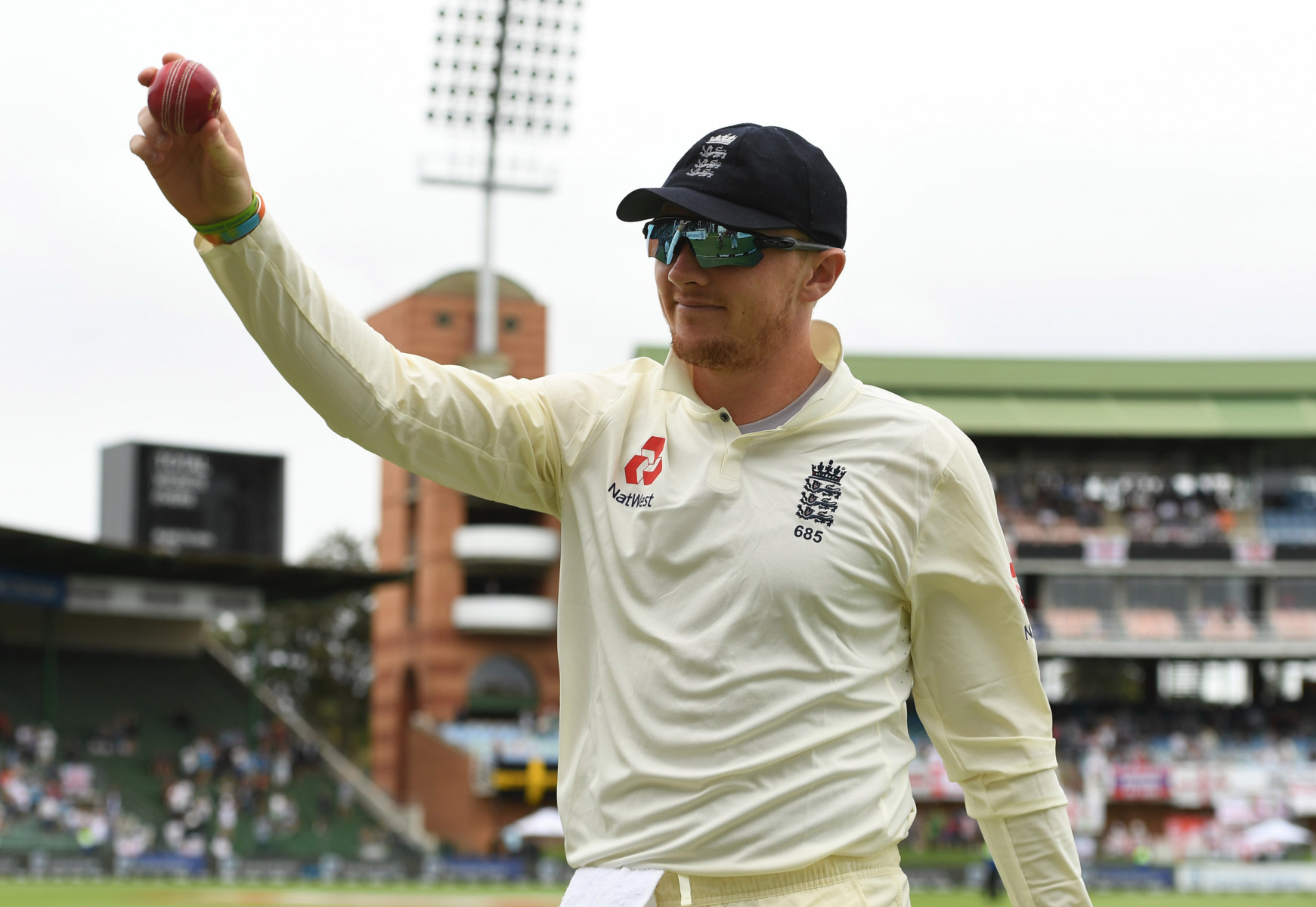 He explained: “I went from playing for England to not even getting in the Somerset side. I’d been struggling at the end of the 2018 season and spoke to Tres about things.

“Then last year I went back on loan to Yorkshire. I loved my time there but I wasn’t ever really at home because I’d been away in the winter of 2018-19 with the England Lions.

“So I’d reached the point where I was working hard but not getting games, or having to go elsewhere for games. Do you know what I mean?

“It was the build-up over several years, trying to get better, putting everything into it.

“I’d played for England but now couldn’t see where I was going.

“At home to Yorkshire last summer, we were batting and I was chatting with our psychologist in another room. I broke down crying.

“Everything had got on top of me. I’d been struggling for a long time, bottling it up, and it had started affecting my personal life.

“I was chatting to him for a long time. It felt like five minutes but it was probably more than an hour.

“I was in a state, unleashing everything, talking about my struggles, getting into the spiral.

“Sorry about opening up to you like this, but all of a sudden we were four down and I had to strap on my pads. It all came out in that game. I was playing but wasn’t really in it because of my head.”

He also uses a psychologist from outside cricket who knows nothing about the game.

Bess took several weeks off at the end of last season and went on holiday with his girlfriend.

Then he was chosen for an ECB spin-bowling camp to India.

He added: “I wasn’t sure I wanted to go but during the time away I got my love back. It was important to get away, see my mates and just be a 22-year-old. To enjoy life. 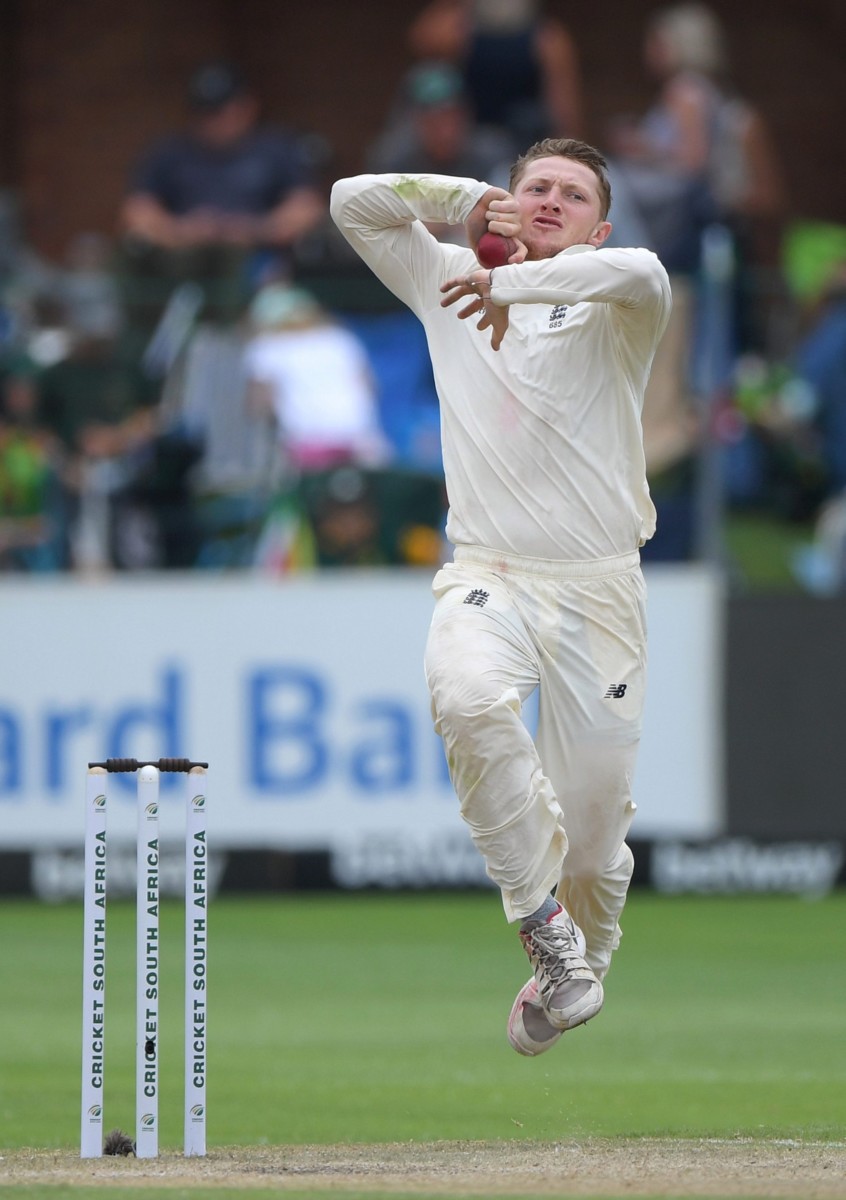 “I came back in a much better place and my motivation has been high ever since.

“Depression is quite a strong word and I don’t think it will ever go away, it will always be with me.

“At times, I’ve really struggled outside cricket as well. Understanding it and managing it is the key.

“I like to think I’m bubbly but there’s another side to me most people don’t know about. The way Tres, Steve Davies and others spoke about things made me feel… well, normal.

“There’s pressure on youngsters and those trying to play for England, a lot of dedication goes into it.

“Now, with what’s happening in the world with coronavirus, people are stuck at home losing their routine. Fortunately I have a good routine even in self-isolation.

“I’ve had help from the Professional Cricketers’ Association as well. I’ve also said, if any young cricketers or young people are struggling, I’m here to chat in the way people like Tres and Steve spoke to me.” 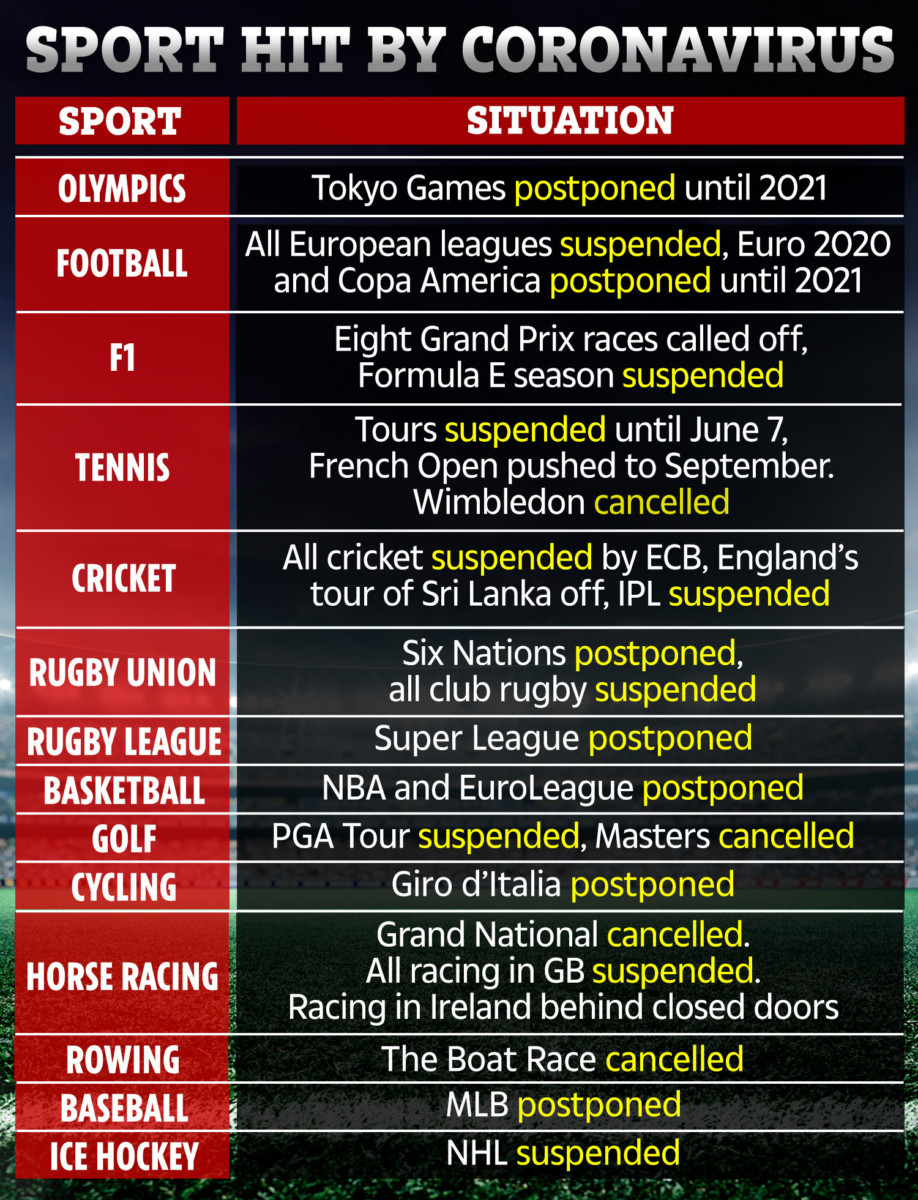 He is bowling a tennis ball from his garden, through the conservatory and into the lounge to keep his shoulder moving.

And, naturally, he wishes his nine wickets in the virtual Test counted on his record!

Maybe, when cricket resumes, Bess will continue taking wickets for real and the next step on his amazing journey will be a joyous one.