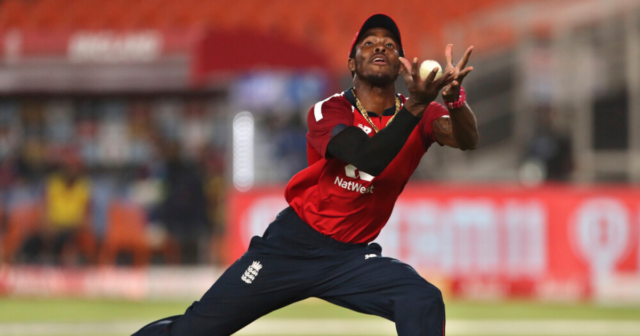 JOFRA ARCHER’S career has been plunged into further doubt after being ruled out for the whole summer.

The Sussex fast bowler has suffered a stress fracture of the back while trying to recover from a second operation on his right elbow.

And, in further bad news for England, Mark Wood admits his recovery from his own elbow surgery is going slowly.

He said: “I’m clutching at straws to take any positives.”

Archer is the third England bowler this week after Matt Fisher and Saqib Mahmood to be diagnosed with a back stress fracture.

Durham’s Matthew Potts is poised to make his debut in the First Test against New Zealand at Lord’s on June 2 while veterans James Anderson and Stuart Broad return.

Archer, 27, who has not played for England since a Twenty20 match in March 2021, will now target the T20 World Cup in Australia in October and November.

He had already been ruled out England’s seven Test matches this summer because of his elbow problem and his chances of playing Test cricket again look increasingly bleak.

An England statement said: “No timeframe has been set for Jofra Archer’s return. A management plan will be determined following further specialist opinion over the coming days.”

He trained with England in Barbados in March during their tour of the Caribbean and, until recently, was optimistic about his recovery.

Archer was hoping to play some T20 matches for Sussex within a matter of weeks so this is a grievous setback.

Wood was England’s most successful bowler in last winter’s Ashes defeat with 17 wickets and he confirmed his reputation as the fastest bowler in the world.

But he broke down in the opening Test in the Windies and is recovering slowly from elbow surgery in March.

Wood explained: “It’s slow progress at the minute. I’m off half a run-up. I’m hoping I can get off my full run in the next couple of weeks and then play for Durham after that.

“But I’m struggling to get over that half run-up tempo because every time I bowl there’s still swelling. They’ve assured me that’s normal but it’s still a bit raw.

“I had a couple of years without many injuries so to have an extended period off is frustrating. I’d been bowling consistently quick and taking wickets.

“I’m clutching at straws looking for positives. I’m really disappointed with this injury.” 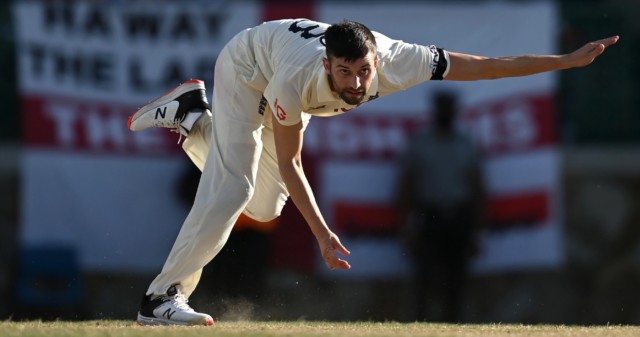 England fast bowler Mark Wood says his recovery from an elbow op is not going as speedily as he had hoped
Advertisement. Scroll to continue reading.
In this article:afterbeing, hasbeen, jofraarcher