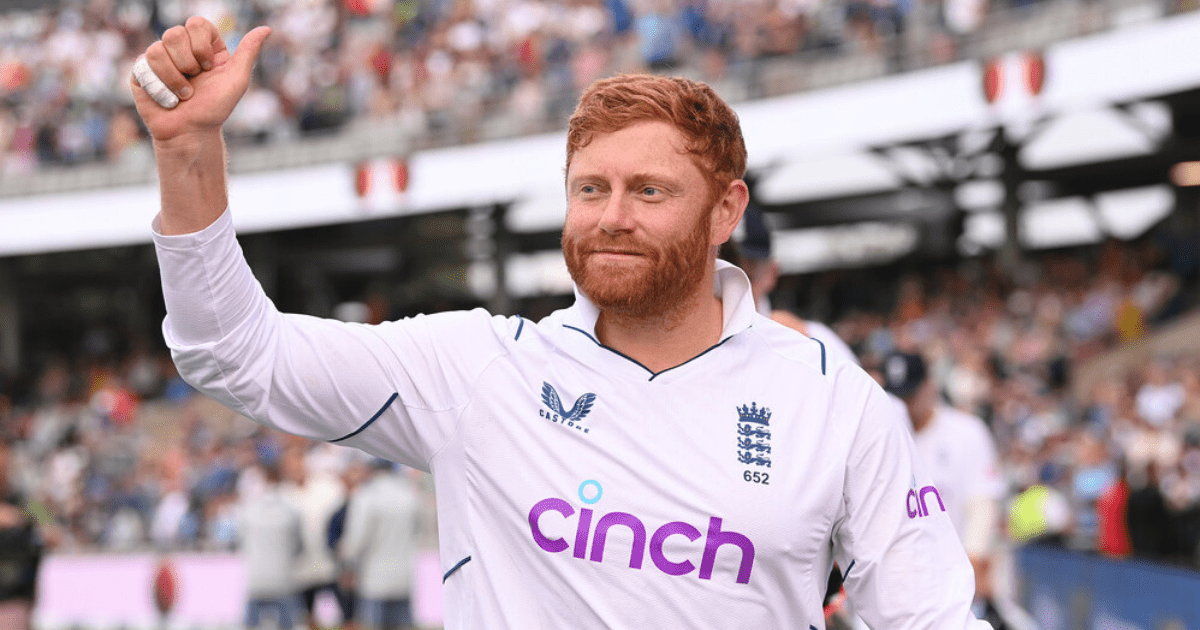 JONNY BAIRSTOW fears he is out of cricket for the rest of the year after breaking his left leg – playing golf.

Bairstow needs surgery and will miss next week’s deciding Third Test against South Africa, the Twenty20 World Cup and probably the three-Test tour of Pakistan in December.

England’s batsman of the summer slipped while walking on to a teeing-off area at Pannal Golf Club, near Harrogate, yesterday.

It is a crushing blow to England and happened at almost the exact moment team supremo Rob Key was announcing England’s 15-man squad for the Twenty20 World Cup in Australia in October.

England were planning for Bairstow to move from No4 to open the batting with captain Jos Buttler after Jason Roy was dropped.

Now either Dawid Malan, Phil Salt or Alex Hales, who has not played for England since failing a second drugs test in 2019, is likely to get the job of going in first with Buttler.

Notts batsman Ben Duckett replaces Bairstow in the Test squad at the Oval next week while his T20 World Cup replacement will be announced later.

Bairstow, who has scored four blazing Test centuries this summer, wrote on Instagram: “Unfortunately, I am going to be unavailable for all games/tours in the immediate future.

“The reason being that I have injured my lower leg in a freak accident and it shall need an operation. The injury came when I slipped on the golf course this morning.

“I am gutted and want to wish everyone for this week at The Oval all the best firstly and the boys that are going to Australia for the T20 World Cup. Absolutely gutted! I will be back!…Jonathan Marc.”

Another World Cup change for England is promoting Ben Stokes to No4 – a job he has never done for England.

Stokes has a surprisingly poor T20 record for England and has never scored a half-century in 34 games and taken just 19 wickets.

But Key believes his soaring form and confidence after his stunning Test performances as batsman, bowler and captain can translate to the shorter format.

Key said: “We haven’t quite found Ben’s best role in T20s and I’d like to get him up the order.

“There’s a great line in his documentary where they say ‘big moments find him’ and you want to give him the opportunity. Batting him down the order doesn’t get the best out of Ben Stokes.

“When he’s done well in the IPL, it’s been when he’s opened the batting or got in early.  He has the chance to influence a game.”

Hales could finally be recalled and Key revealed that the Notts batsman phoned him to demand why he is still out in the cold.

Key explained: “Alex rang me and I much prefer when people pick up the phone and ask why they’re not in a squad – as opposed to those who go behind the scenes moaning. I’ve said before that Alex has served his time for his misdemeanours.

“Jason Roy was very disappointed. I think ‘gutted’ was the phrase he used. Jos phoned him – he wanted to be the one to tell him. They have a close relationship.

“Jason wants the chance to show he’s not finished in international cricket, which I don’t think he is.”

England have named 19 players for seven T20s in Pakistan later this month – including uncapped Jordan Cox (Kent), Tom Helm (Middlesex), Will Jacks (Surrey) and Luke Wood (Lancashire). Olly Stone (Warwickshire) has not played T20s for England but has appeared in other formats.

Buttler will tour Pakistan but is expected to be fit only for the last couple of games as he recovers from a calf injury. Moeen Ali will lead England in his absence.

Chris Jordan (finger) and Liam Livingstone (ankle) will not travel but should be fit for the World Cup.

Quick bowlers Chris Woakes and Mark Wood are fit again after both missing the whole summer.