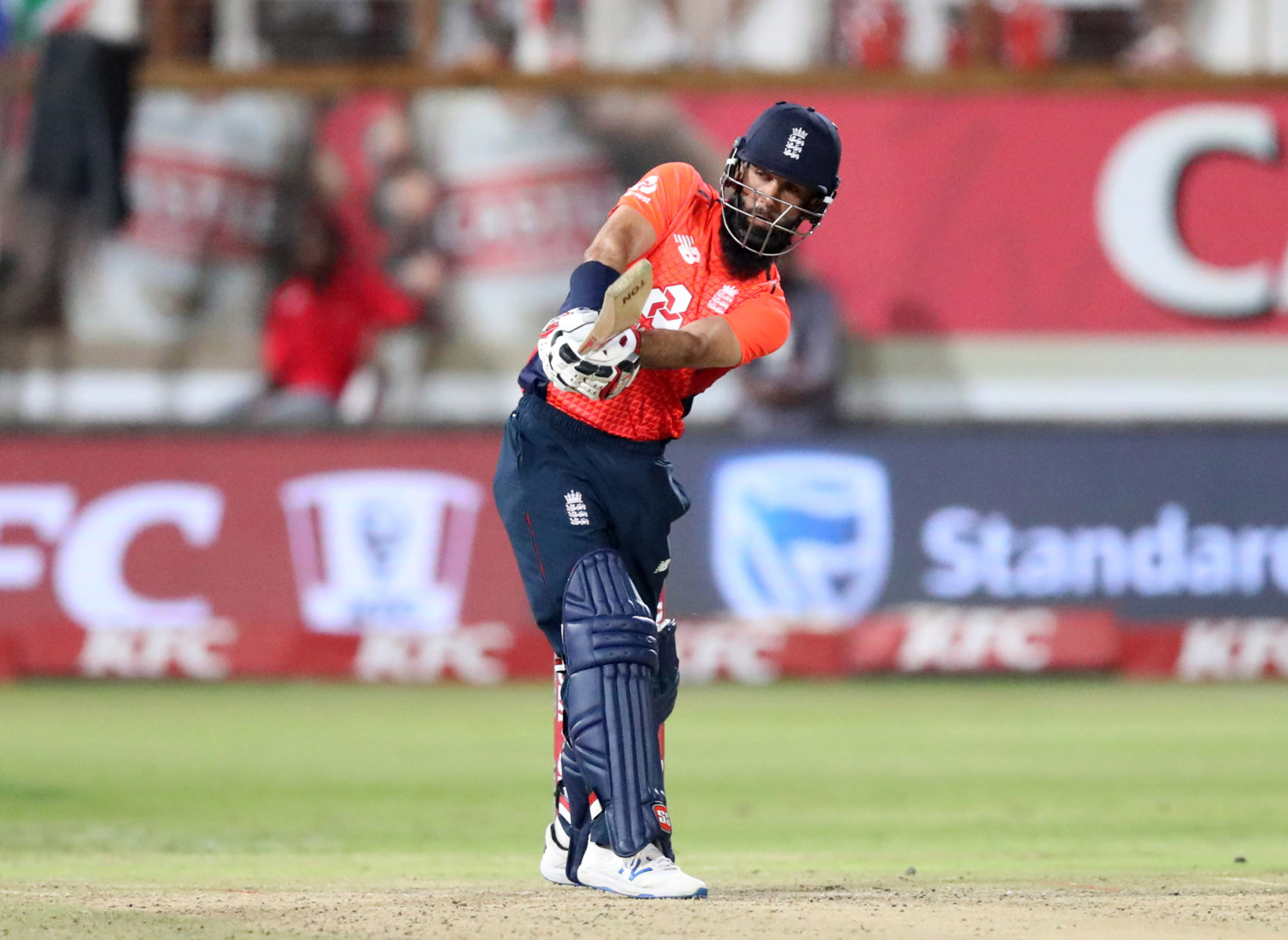 MOEEN ALI will end his self-imposed Test exile at the start of the summer.

All-rounder Moeen hopes the comeback will be part of a triumphant five months culminating with victory in the Twenty20 World Cup.

He showed his value to England in white-ball cricket in Durban on Friday by smashing 39 from just 11 balls in the T20 win over South Africa.

With the series locked at 1-1 after two thrillers, the decider is today in Centurion.

Moeen has not played a five-day match since the opening Ashes encounter last August and will have missed 12 straight Tests by the end of the winter.

He remained firm in his desire not to be on next months two-Test tour of Sri Lanka.

Instead, he plays T20 cricket in the Pakistan Super League and the Indian Premier League.

His England target is the First Test against West Indies at The Oval on June 4.

Moeen, 32, said: Test cricket is not a place for tired minds or if youre not fully into it.

Im just going to give myself a little more time.

Its the hardest format and I want to make sure that, when I do come back, Im fresh and prove Im not a bad Test player.

I want to get that hunger back as I lost it completely. When youre in that situation, theres no point playing.

I want to improve as a bowler and batter in particular.

I still have ambitions to play Test cricket and I know Ill have to fight for my spot because Jack Leach and Dom Bess have done really well.

Moeen added: Im looking to target this summer. I want to enjoy some T20 leagues.

Theres a T20 World Cup and I want to give myself as much experience as I can.

We have a big summer with Test cricket, as always. And then theres India next winter. I want to be part of that.

Moeen was dropped for Liam Plunkett during Englands march to victory in last summers 50-over World Cup.

It gives him an extra incentive to help the team taste global glory in the shortest format.

He is also driven by the pain of Englands 2016 final loss, when Ben Stokes was whacked for four sixes in the final over by Windies Carlos Brathwaite.

There are players who have won The Ashes and 50-over World Cup and thats our target.

We were so close in India and that still hurts us.

It was a blow losing my place in the 50-over World Cup, especially as we won it. But I still felt part of the journey.

I hit the ball well in Durban. Ive been trying to put on a bit of muscle to get a bit stronger. Yet its mainly about timing.