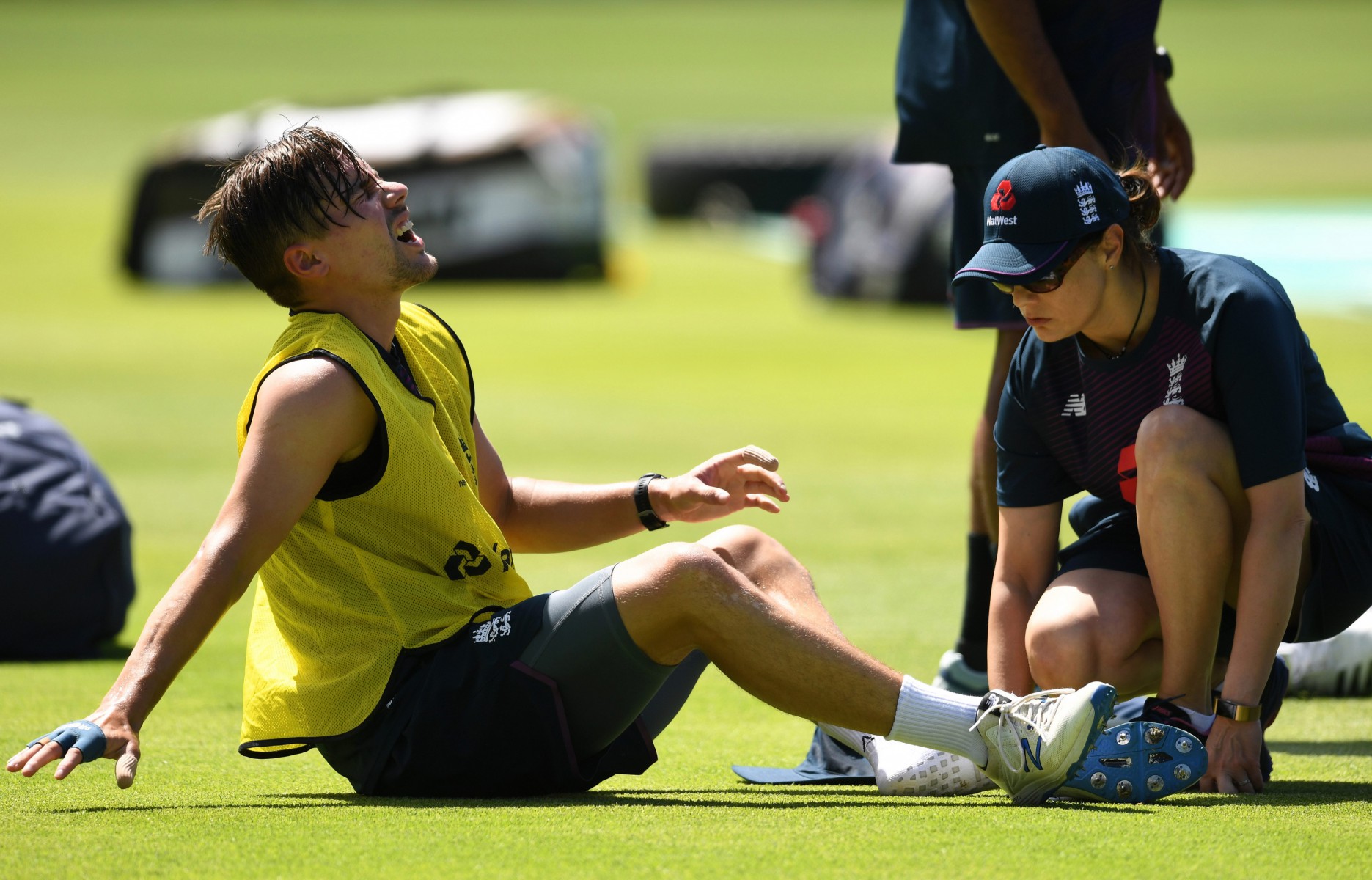 RORY BURNS was ruled OUT the rest of the series after injuring his ankle playing FOOTBALL as Englands tour of hell took another disastrous twist.

Surrey captain Burns was about to shoot in the teams regular soccer warm-up when, under challenge from captain Joe Root, he rolled his left ankle.

He hobbled around for a while then went to ground wincing in pain and receiving treatment from team doctor Anita Biswas.

Burns was then helped back to the dressing-room before going to hospital for a scan which showed serious ligament damage.

The left-hander – Englands top scorer with 84 in the First Test defeat – will fly home in the next couple of days.

With fast bowler Jofra Archer out of the Second Test with an elbow injury, it has been a terrible 24 hours for England.

Burns and Archer were Englands top scorer and leading wicket-taker in the 107-run defeat in the First Test.

Mark Wood, Englands other genuinely fast bowler alongside Archer, is still recovering from injury while No.1 spinner Jack Leach is not match fit after a string of illnesses.

Englands players are also unhappy with their city centre hotel in Cape Town which is described by one guest as tired and packed with supporters and Barmy Army members.

The latest injury blows came after Englands entire squad was able to attend practice on Wednesday for the first time since landing in South Africa two-and-a-half weeks ago.

A total of eleven players plus four back-room staff and two liaison officers contracted the illness epidemic that swept the team.

Team supremo Ashley Giles is not a fan of cricketers playing football because of injury risk but he allows games at practice because the squad enjoy them so much.

England No3 batsman Joe Denly knows all about the dangers of playing football. He was invalided out of an England one-day match back in 2009 after hurting his left knee in a tackle from Middlesex batsman Owais Shah.

And Jonny Bairstow hurt his ankle and misses games on the tour to Sri Lanka last winter.

He said: I think its a recurring injury, something hes had before. He did pull up very sore, in a little bit of pain.

We want to manage a young talent like Jofra, making sure we dont blow him out for six months. We have to make sure we get the most out of him for as long as we can.

Its been a frustrating tour, but these things happen in sport. We have to manage them as best we can.