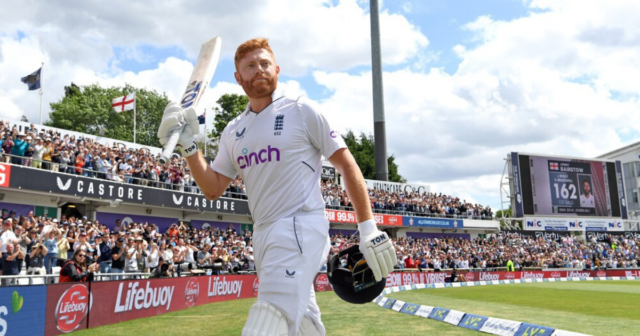 BEN STOKES, Joe Root and Jonny Bairstow were waving their arms like orchestra conductors and England’s bowlers were playing a sweet tune.

The trio of players were trying – and succeeding – to rouse the crowd as they sensed blood on day three of the Third Test.

Spectators responded with roars of noise and encouragement while Matthew Potts, Jack Leach and Root himself did the business with the ball.

Following a rain delay in the evening session, England captured three wickets for nine runs in seven overs and transformed the match.

When the weather interrupted for a second and final time, New Zealand were 168-5 in their second innings and sitting on a fragile lead of 137 runs.

Stokes, Root and Bairstow might never be regarded as Andre Previn, Simon Rattle or Herbert von Karajan, but their animated gestures cranked up the atmosphere and the thirsty gang on the Western Terrace loved it. 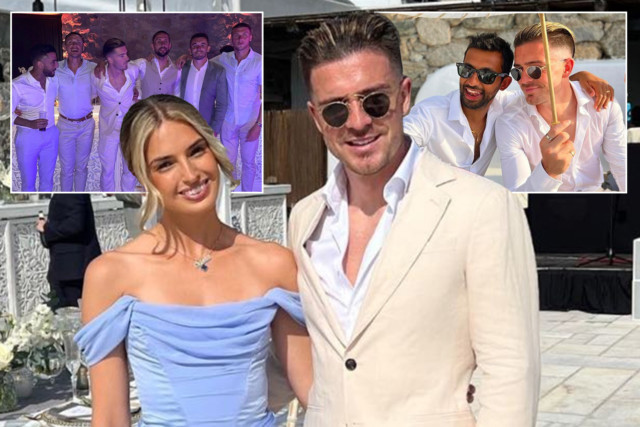 GET HIM TO THE GREEK

Grealish reunites with Sasha in Mykonos for wedding after Vegas hol

As if he hadn’t done enough with the bat – scoring a brilliant 162 from 157 balls – Bairstow was keeping wicket because Ben Foakes was suffering from a stiff back. He held a couple of catches, too.

When the experienced duo of Tom Latham and Kane Williamson were chugging along and New Zealand reached 125-1, England looked likely to face a stiff fourth innings chase.

But Latham was caught behind off Jamie Overton from the first ball after tea and, following the rain break, Root began the burst of three wickets.

Root was bowling only because, with the light worsening and the rain approaching, the umpires insisted England could not use their quicks. So Stokes turned to Root’s off-spin and he sent down three balls before the rain arrived.

When play resumed 20 minutes later, Root had to finish his over and, from his very first ball, Ollie Pope at short leg swooped and held a fine left-handed catch to remove Devon Conway.

Root was taken off and, in his first over of a new spell, Potts had Williamson caught behind – the third time in four innings in the series that the Durham bowler has dismissed the Kiwi captain.

Potts has been a big plus for England, impressing with his accuracy, skill and stamina.

Then Jack Leach, again in the opening over of a new spell, caught and bowled Henry Nicholls, a more orthodox dismissal than Leach’s against Nicholls in the first innings, when he was held at mid-off via non-striker Daryl Mitchell’s bat.

The prolific Mitchell and Tom Blundell will resume Sunday but England fancy their chances of completing a 3-0 series whitewash.

In the morning, Overton added eight to his overnight score but he needed eleven to reach a remarkable debut century.

He was caught at slip off Trent Boult for 97, a fantastic effort for a man chosen mainly as a bowler and coming in at 55-6.

The partnership between Bairstow and Overton eventually finished at 241 from 46 overs, a truly astounding performance.

But the big shots were not finished. Stuart Broad, who loves waving his willow, struck 42 from 36 deliveries before being bowled by Tim Southee.

Bairstow’s epic innings came to an end when he was caught at long-off. He joined Ben Stokes and Sir Ian Botham as the only England batsmen to score two Test centuries at better than a run-a-ball.

Leach was last man out, lbw to Southee, and England had a first innings lead of 31. Half-an-hour before tea on Friday, they looked likely to concede a deficit of close to 200 runs.

New Zealand were still behind when Will Young could not resist driving at a ball from Potts and the edge ended in Pope’s hands at third slip.

Latham and Williamson have been short of runs in this series but Latham excelled with clips through mid-wicket.

On 72, he was badly dropped by Root at slip off Broad and Root was furious, screaming “no” and pounding the turf.

It was not too expensive, however, because Latham edged the first ball after tea from Overton and Bairstow held the catch.

Next ball, Overton thundered a bouncer into the helmet of Conway, who rolled onto his back and needed to convince the team doctor that he did not have concussion. 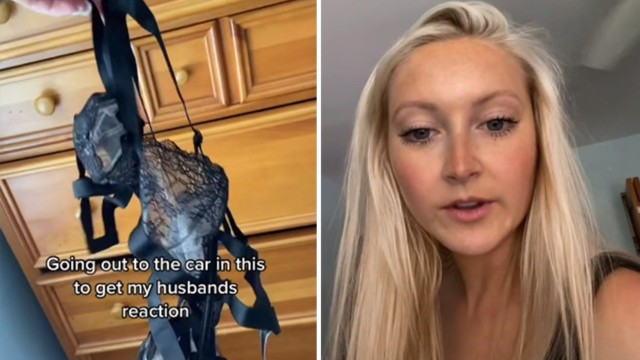 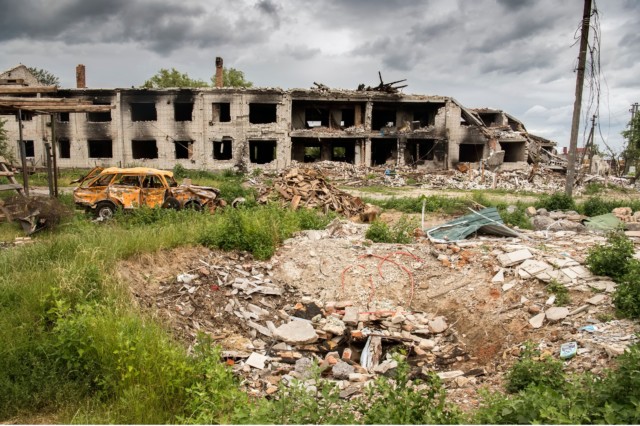 After a lengthy delay, Overton’s next delivery struck Conway in the solar plexus. Then came an edge for four. This was impressive, aggressive bowling by Overton.

Then rain arrived, play resumed, the crowd greeted every ball with a crescendo and three more wickets fell. England are on top now.