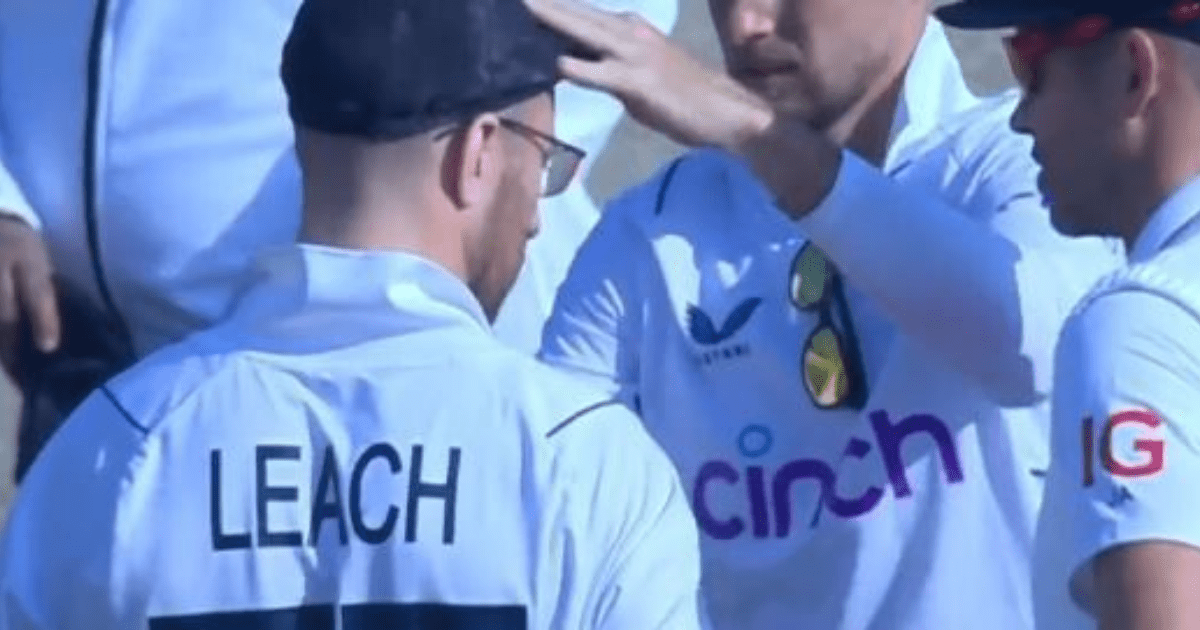 ENGLAND took four wickets in the final session to keep alive their hopes of forcing victory in the First Test.

A quartet of scalps might not sound like much but, in the context of this runfest on a flat pitch, it was a positive bonanza. 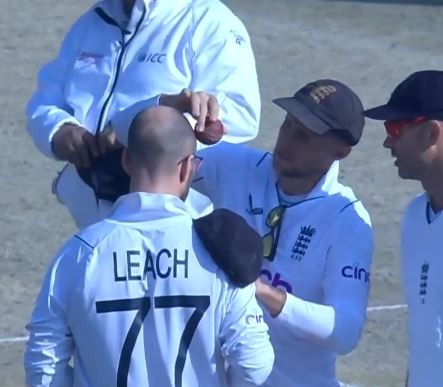 Left-handed debutant Saud Shakeel was caught behind and then the feted duo of Babar Azam and Mohammad Rizwan chipped gentle catches to fielders.

Next, No.8 Naseem Shah’s slog ended in the hands of deep mid-wicket and debutant Will Jacks collected his third wicket.

For most of the day, the match continued the same path as run-hungry batsmen went hell for leather against battered bowlers.

Azam, one of the world’s best batters, breezed his way to his hundred with a feeling of total inevitability.

England tried everything including Joe Root, England’s polisher-in-chief, removing Jack Leach’s cap and using the sweat from his bald head to try to shine the ball.

It didn’t work, of course, as England failed to gain spin, orthodox swing, reverse swing or anything else that might have inconvenienced the batsmen.

But those late wickets eased open the door for England a fraction.

Records continued to be broken on day three. It is the first time, for example, that all four openers have scored centuries in the first innings of the same Test match.

And it is the first time that a Test match has featured opening partnerships of more than 200 in the first innings.

Pakistan resumed at 181-0 and Shafique and Imam both reached their centuries in the pre-lunch session.

Shafique gave Jacks a wicket on his debut when he edged an attempted cut and stand-in wicketkeeper Pope held on.

William George Jacks has the most famous initials in cricket and he became the first ‘WG’ to take a Test wicket since the legendary WG Grace took one at Lord’s in 1890.

Jacks did not expect to play in the game and Pope was keeping wicket only because regular Ben Foakes was still suffering from the virus that swept through the England camp when the match began on Thursday.

Imam holed out to long-on and Leach took his second wicket when a delivery with the second new ball skidded on and trapped Azhar Ali lbw.

Babar played with apparently effortless ease and his boundaries were met with noticeably louder acclaim from the adoring spectators in Rawalpindi.

Ollie Robinson became the first England seamer to take a wicket when he coaxed an edge from Shakeel.

Then Jacks took his second wicket when Babar failed to keep down a cut shot and Leach held an easy catch at point.

Jimmy Anderson took the first Test wicket of his career in Pakistan when Mohammad Rizwan clipped a catch to Ben Stokes at short mid-wicket.

With the light fading, Naseem could not resist a big hit against Jacks and Leach, running in from deep mid-wicket, held a decent catch and Pakistan were seven wickets down.