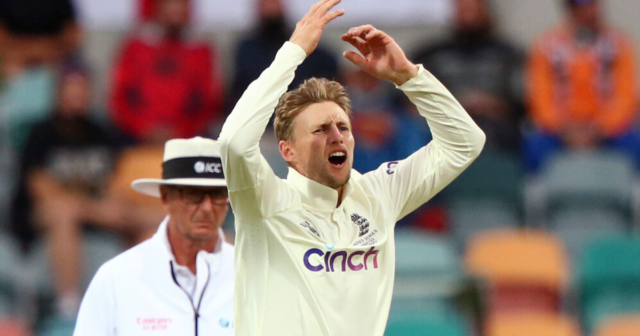 ENGLAND tossed away a dream start with another demoralising Ashes performance on day one of the Fifth Test.

From 12-3, Australia were somehow allowed to reach 241-6 when rain curtailed play. Talk about letting a team off the hook. 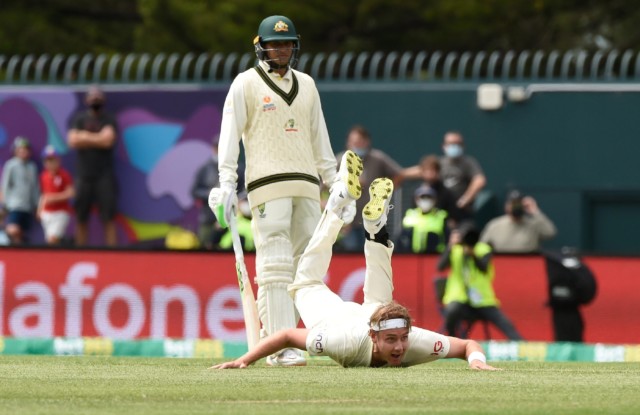 Aussie left-hander Travis Head scored a brilliant and rapid century but England frequently looked flat in the field and devoid of ideas.

And quick bowler Ollie Robinson – whose poor fitness has caused murmurs of discontent in the England camp – broke down after the first over after lunch.

Mark Wood was battered to the tune of almost seven runs an over and Chris Woakes extended his miserable record overseas with figures of 1-50,

Head’s innings was a masterpiece of counter-attacking aggression while Marnus Labuschagne made 44 and all-rounder Cameron Green an excellent 74.

But Labuschagne should have been out for nought. Second slip Zak Crawley dived in front of Joe Root at first slip and spilled an edge off Robinson.

This all came as Australia’s two most senior batsmen – David Warner and Steve Smith – both departed for ducks.

Warner was caught at second slip by Crawley off Robinson from his 22nd ball without scoring.

Usman Khawaja, opening the innings after scoring twin hundreds in the Fourth Test in Sydney, edged Stuart Broad and Root pocketed the catch at first slip.

Then Smith edged Robinson and Crawley held on.

At this point, everything was going superbly for England. The early wickets appeared to justify Root’s decision to bowl first on a pitch that was emerald green in colour.

The sky was overcast and England, who made five changes from the team that held on for a draw in the Fourth Test in Sydney, might have felt they were playing an early-season county match in April.

Robinson’s first spell brought figures of 7-3-15-2. Impressive. Just a shame he couldn’t back it up or even stay on the park.

Perhaps we should have known. The dropping of Labuschagne was an ominous portent.

He and Head turned the tide very quickly with a string of audacious shots. They reached a half-century stand for the fourth wicket from just 44 balls and Wood’s first three overs went for an incredible 31 runs. 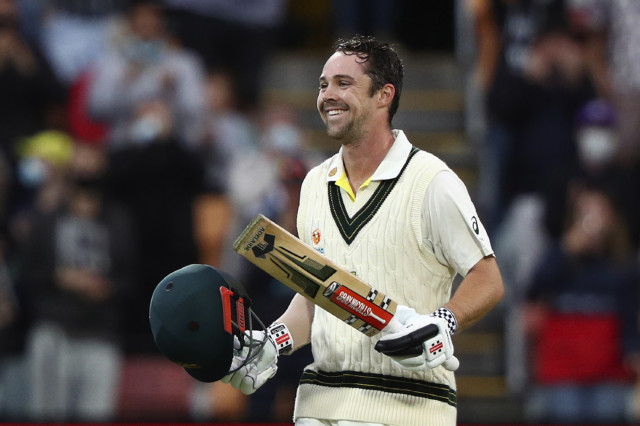 Head frustrated England as he celebrated a brilliant century 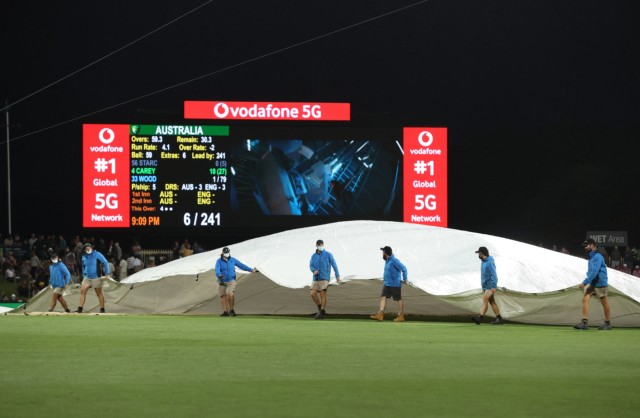 The rain brought a premature end to the day’s play

Head missed the Fourth Test after contracting Covid – in fact, he has been the only player on either side to test positive during the series.

He was none the worse, either, and he tore into England’s bowlers. Stroke after stroke was sent scudding across the outfield.

Labuschagne was bowled by Broad for 44, a freakish dismissal as he walked across his stumps and fell flat on his face and was bowled behind his legs. It was a straight ball that crashed into middle stump.

Robinson then left the field with what was officially described as “lower back stiffness.”

Australia plundered 130-1 from 28 overs in the middle session as England wilted in the face of Head’s strokeplay.

Green has contributed with bat, ball and in the field in this series and his presence at No.6 adds real balance to Australia’s team.

Head reached his century from just 112 balls but was out next ball when a leading edge popped up to mid-on.

Green then pulled Wood in the air to deep square leg, where Crawley held the catch.

Play was halted by what was described as rain – but, the truth is, barely a drop fell.

As usual, the fourth umpire out in the middle was the only person in the ground with an umbrella up.

Spectators were robbed of a decent chunk of action.