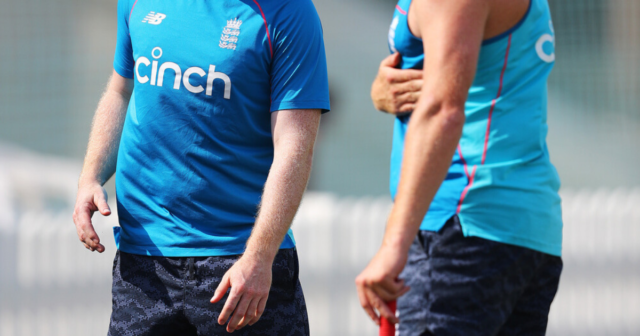 ENGLAND are taking on New Zealand with a place in the T20 World Cup final up for grabs.

Pakistan or Australia await in Sunday’s showpiece final in Dubai.

Eoin Morgan speaks with Jonny Bairstow during training this week

What time does England vs New Zealand start?

What TV channel and live stream is England vs New Zealand on?

What TV channel and live stream is it on in New Zealand?

Jason Roy misses out for England after suffering a calf injury against South Africa.

James Vince has been called up to replace Roy.