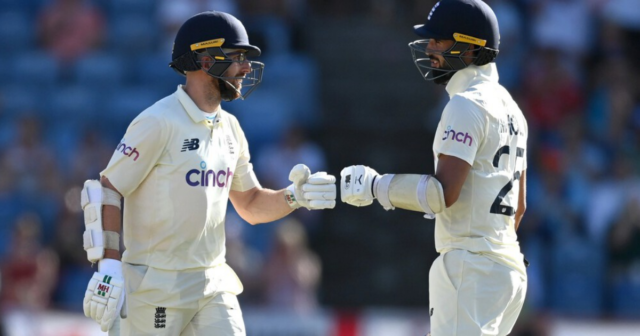 IT HAS been a winter to forget for Jack Leach.

Targeted for treatment and battered out of the attack Down Under.

Then copping the flak for England’s last-day failings in both Antigua and Barbados.

But after two horror sessions in Grenada it was the Somerset spinner — alongside rookie Saqib Mahmood — who gave England hope that they might yet make a fight out of the final Test.

Leach had joined the Barmy Army in disbelief at a shambolic top, middle and lower order collapse, which looked to have blown the entire series in the space of 40 overs. 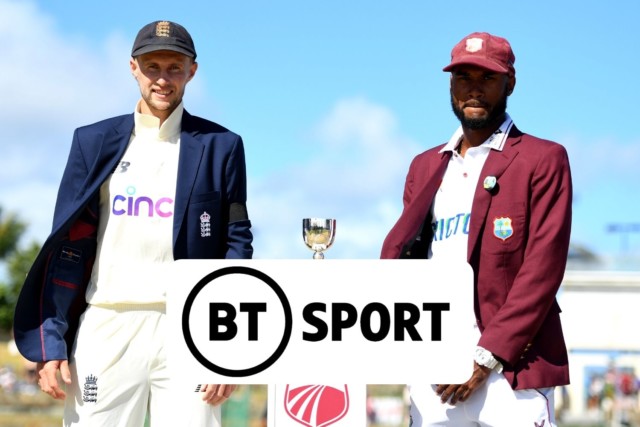 All the TV info and fixtures for England’s 2022 schedule 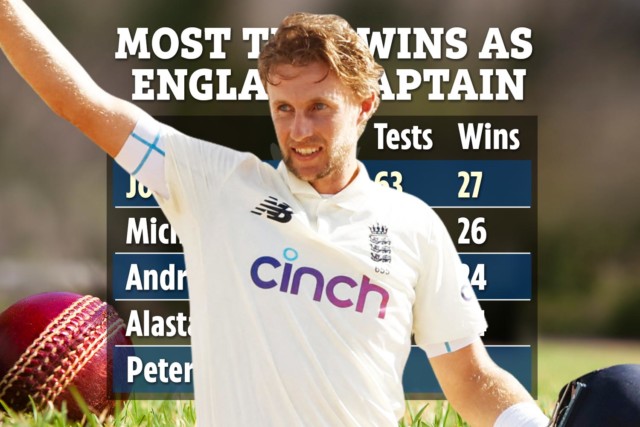 They seemed unlikely to even bat through to tea until Leach, who came in at 90-8, led a rearguard action that changed the mood.

By the time Mahmood perished, one short of his maiden first-class 50, after a stand worth 90 and spanning 218 balls, with England all out for 204, they had made modern history.

Not since Australia’s last pair against England in Sydney in 1885 had numbers 10 and 11 been the two top scorers in a Test innings.

Mahmood was crushed after dragging Jermaine Blackwood on to his stumps, with Leach unbeaten on 41.

But on a pitch that was still offering plenty for the bowlers with the second new ball, England at least have something to cling to.

Until that  twist, nothing had gone right  from the moment Kraigg Brathwaite won the toss  and inserted England.

The initial agent of their destruction was an unlikely one. Kyle Mayers bowled five straight maidens of medium- pace trundlers – and struck twice.

When Dan Lawrence was palpably pinned in front of leg peg by Jayden Seales, having scored only eight, England limped to the break on 46-3.

What followed was a debacle, three more falling in nine balls with the score on  53.

Stokes was first, toe-ending an attempted pull off an Alzarri Joseph short ball straight back to the bowler.

Five balls later, Lees nicked off for 31. And when Bairstow went third ball to Seales — an easy catch for Da Silva — England were in disarray.

So it continued, Seales jagging one back past Ben Foakes’ tentative prod to castle him for seven, before Roach accounted for Craig Overton with one that jagged back.

Chris Woakes and  Leach took the total into three figures. Mayers, at second slip, put down a regulation catch to give Leach, on only 10, a life off Joseph.

The pair were parted two balls after tea as Seales rattled a full length ball into Woakes’ stumps.

But that set the scene for Leach and Mahmood’s act of renaissance. Now they have to do it with the ball.

In this article:forjack, hasbeen, itwas