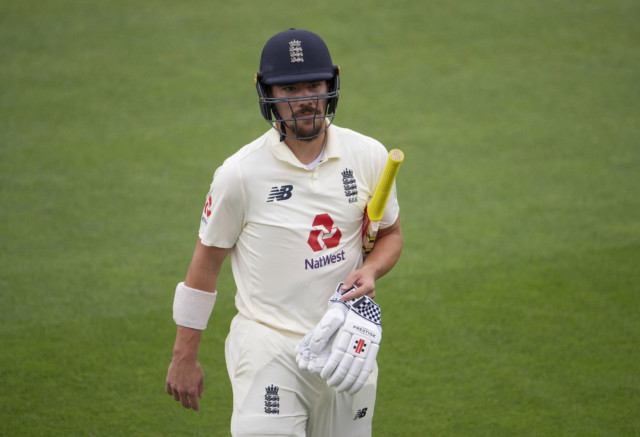 RORY BURNS was out for a duck as England’s batsmen endured five overs of new-ball torment.

Surrey left-hander Burns edged his first ball from Shaheen Afridi inches short of second slip but then his fourth delivery went skimming into the hands of the same fielder, Asad Shafiq.

It was the fourth duck by an England opener in 2020 – Dom Sibley has two, Burns one and Jos Buttler one – and that is the joint most in a home summer alongside 1989.

Sibley and Zak Crawley managed to survive until rain interrupted and then ended play on day four of the Second Test.

With one day remaining, England are 7-1 in reply to Pakistan’s 236 all out and the match will surely be drawn.

But the evidence of five overs batting against Shaheen and Mohammad Abbas showed England would have had a torrid time in helpful bowling conditions.

The ball was nipping and seaming off the pitch and both Sibley and Crawley had several anxious moments.

It came after Pakistan wicketkeeper Mohammad Rizwan took his score to 72 before skying a catch to Crawley in the covers. Broad took his fourth wicket of Pakistan’s first innings and his 26th of the summer.

Former England No.3 Jonathan Trott, working as batting coach in this series, said: “There’s not much Rory could have done with a ball like that. It was a tough period with the bad weather coming.

“It’s important we don’t see tomorrow just as a day to bat out, walk away with the draw and stay 1-0 up. There’s still work to be done against the new ball. We’ve seen strange things happen in cricket.” 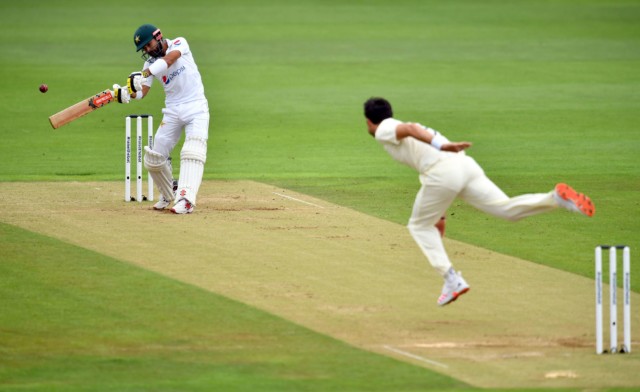 Mohammad Rizwan took his score to 72

The rain was heavy for a while but the groundstaff insisted it would take three hours to dry the ground. Nobody had been to the middle to check conditions or made any attempt to start mopping up before played was called off at 3.45pm

When umpires Richard Kettleborough and Michael Gough abandoned play, the sun was out with plenty of blue sky.

The reluctance to try to play cricket in this match when the light becomes gloomy or rain is about has been bizarre.