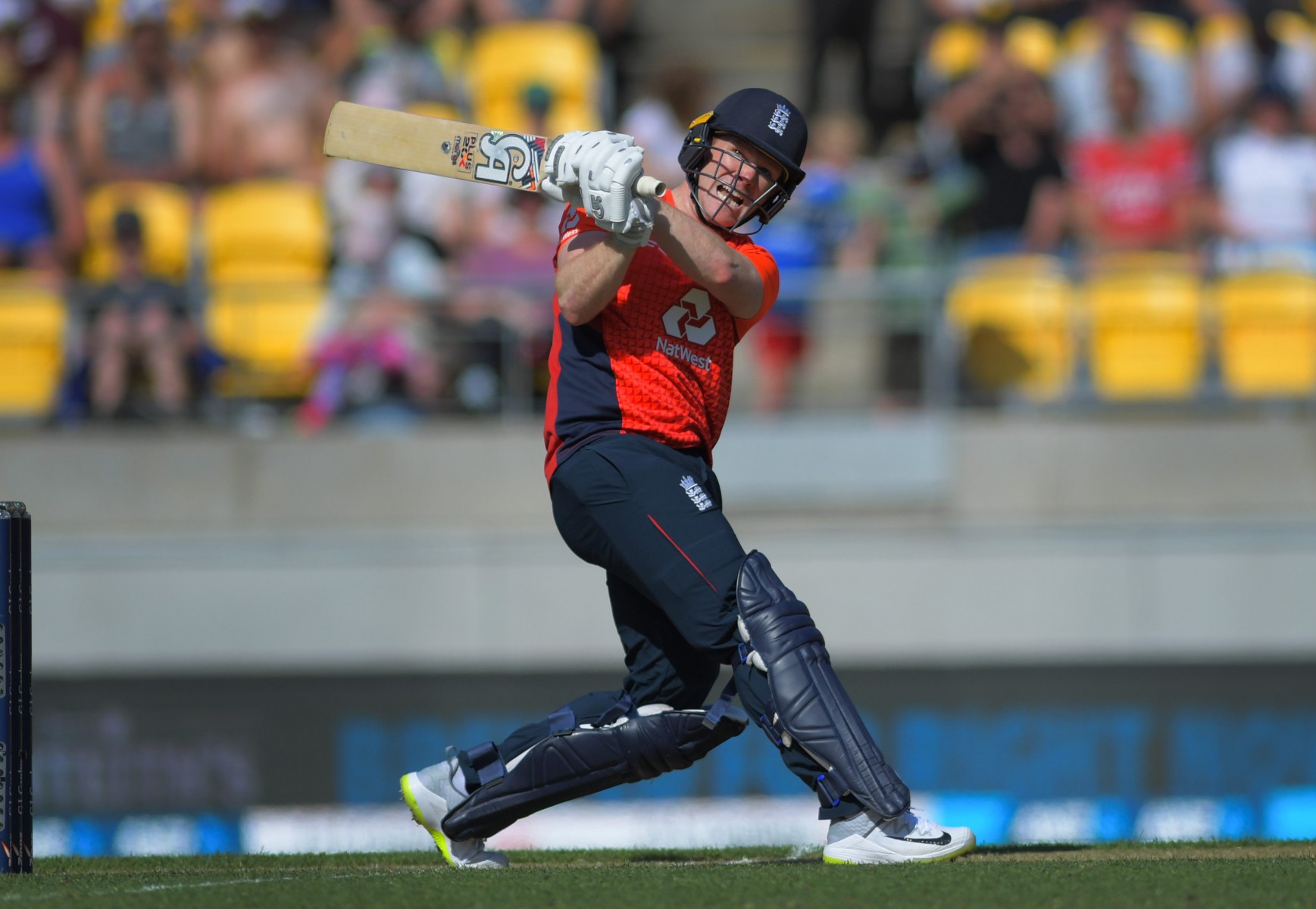 ENGLAND produced a poor batting display as they slumped to a crushing defeat in the second T20 match against New Zealand.

Batsman after batsman offered catching practice to fielders stationed in the deep and only Dawid Malan and Eoin Morgan of the specialists reached double figures.

Even a late flourish by Chris Jordan which included three sixes in three balls off wrist-spinner Ish Sodhi could not save Morgans team.

It added up to a 21-run defeat at the ground known locally as the Cake Tin and the series is now level at 1-1 with three to play.

It is the venue were England were humiliated by both the Kiwis and Sri Lanka during the 2015 World Cup.

At least they learned from that chastening experience, transformed their 50-over game plan and lifted the trophy four years later.

But this was a slapdash performance all round by England because they dropped as many as five catches, three of which were straightforward.

England might have thought they had a decent chance of overhauling New Zealands 176-8 because the pitch was good and the square boundaries short.

But Jonny Bairstow set the tone by chipping the first ball of the innings into the grateful hands of mid-on.

Then James Vince, who made an accomplished half-century in Christchurch two days previously, skewed a catch to deep cover.

It was a day to forget for Vince, who spilled three catches. One was little more than a quarter-chance as he ran and dived at long-on but the other two were real clangers.

Wicketkeeper Sam Billings and Malan were the other two men guilty of spilling opportunities.

Morgan whacked a few boundaries and Malans top-scoring innings of 39 including a mighty six over square leg which almost struck the roof.

But Morgan, Sam Billings, Sam Curran and Malan were all held near the boundary, as were Jordan and Lewis Gregory.

Colin de Grandhomme, perhaps the safest outfielder in the world, gobbled four of the catches.

Somerset all-rounder Gregory played in the opening game of the series but did not bowl.

He was called on here and, with his first delivery, bowled big man De Grandhomme.

Gregory became the ninth bowler for England to take a wicket with his first ball in international cricket. The previous one was Joe Denly, whose ankle injury gave Gregory his opportunity, in 2010.

But Pat Brown took some heavy punishment and his two overs went for 32 runs and it was left to Sam Curran and Jordan to apply something of a break to New Zealands innings.