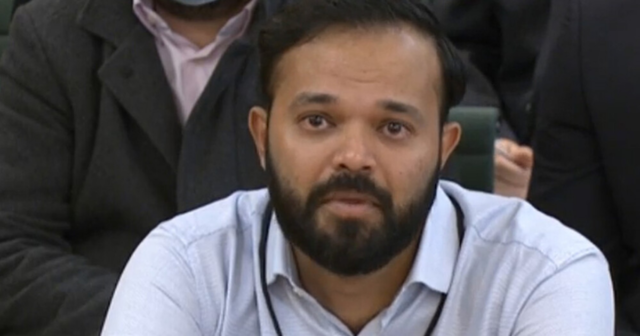 ENGLISH cricket IS endemically racist – and should have its public funding cut unless it acts to root it out of the game.

Those were the shaming findings of MPs after an investigation into Azeem Rafiq’s allegations of racism at Yorkshire.

Rafiq’s dramatic testimony led to a clear-out of the Yorkshire coaching structure and board, with the county now headed by Lord Patel.

And Tory MP Julian Knight, head of the all-party DCMS committee, believes the Rafiq affair must prove a “watershed” for the game in this country.

Knight said: “The powerful evidence given to this committee by Azeem Rafiq convinced us that his story was typical of an endemic problem across the whole of cricket.

“We commend him for having the courage to blow the whistle on unacceptable and discriminatory behaviour.

“This is a watershed for cricket in this country. Those who love and support the game are part of the solution and must play their part.

“The Government must make future funding conditional on the game cleaning up its act.”

He vowed: “We also embrace the ongoing scrutiny of the committee and all those that love the game of cricket who will be watching closely as we undertake the continuous, demonstrable, progress in eradicating racism from the dressing room and from the stands.

“We are determined to root out racism – and other forms of discrimination – from our sport.”

Tim Hollingsworth, chief executive of Sport England, which gave the ECB £2.2m last year, said it was vital to end “structural racism” in cricket but the Lord’s chiefs had vowed to implement “robust diversity” policies.

He added: “Azeem Rafiq’s powerful and personal testimony shows us that ultimately, the litmus test of progress will be the lived experiences of diverse communities and their involvement in the game*.*

“Until experiences like Azeem’s are eradicated, the work to defeat racism in sport must continue.”