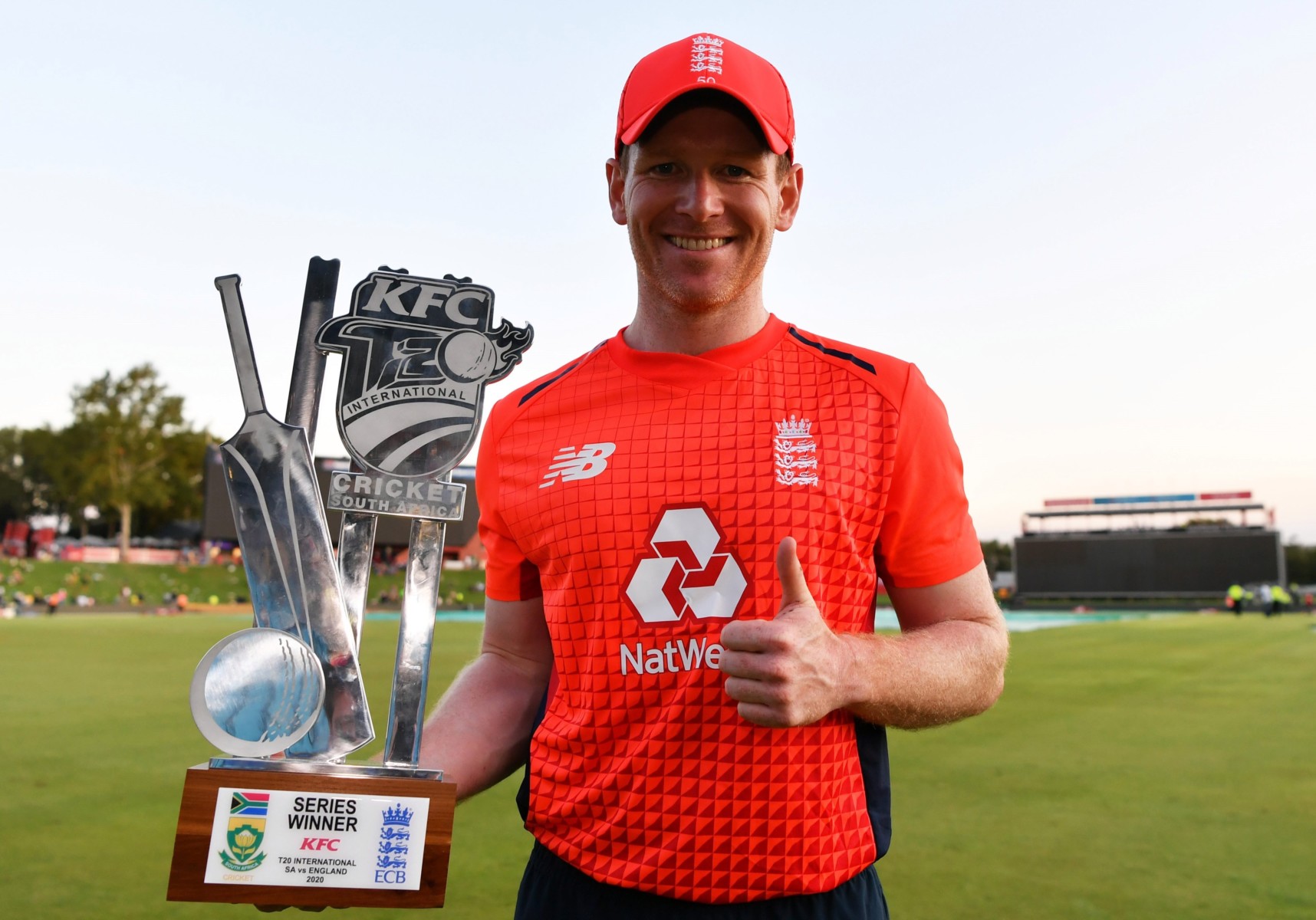 EOIN MORGANS decision to remain white-ball captain could propel England to the top of the world again.

Morgans leadership and control of his players is so complete that some would be diminished without him.

Head coach Chris Silverwood claimed that losing Morgan would have been tragic which might be overstating things.

But there is little doubt he is Englands key figure as they prepare for the Twenty20 World Cup in October and November.

Morgans 57 not out from 22 balls in the series-clinching victory over South Africa on Sunday was the latest demonstration of his brilliant batting form.

His team remains unbeaten in three overseas series this winter a T20 win in New Zealand and 50-over draw and T20 win in South Africa.

England genuinely believe they can add the shortest format global title to the one-day World Cup they won so dramatically last summer.

Morgan confirmed in September he will stay in charge and recently stated his plan is to lead England into the next two T20 World Cups in Australia this year and India in 2021.

He has so much experience and hes a fine player. So to lose him would have been tragic.

Now he has the bit between his teeth. He has the ability to stay cool under pressure and guide us home like he did in that final match.

He didnt need any arm-twisting to stay. He had a little time away, refreshed and has come back strong.

At the age of 33, Morgan says he is batting better than ever and few would disagree. He generates enormous power and knows when to attack and which bowlers to target.

He is also arguably world crickets best captain because of his tactical acumen, calmness under pressure and ability to make team-mates believe he backs them 100 per cent.

England do not have another T20 match until they take on Australia in three matches in July.

But many players will be involved in franchise tournaments such as the Indian Premier League.

While Englands batting is in top-notch touch, the bowlers took a hammering and England twice conceded more than 200 runs in 48 hours.

They cannot afford to be so expensive come the World Cup.

Silverwood added: The bowlers have missed at times so weve got to work on that.

But they have bowled their yorkers beautifully. We are always pushing and looking for new slower balls and practising skills.

Winning the series puts us in a good place. Both sides played good cricket and the competition has been highly-pressurised. Well draw a lot of confidence from getting over the line.

We played what we believe is our best side here and saw improvement.

Of the squad in South Africa, batsmen Joe Denly and Dawid Malan are most under threat from the likes of Tom Banton and Liam Livingstone.

Jofra Archer will return when fit and push for a starting place.

FAF DU PLESSIS, 35, has stepped down as South Africas Test and T20 captain after eight years. He was also one-day skipper until last month.