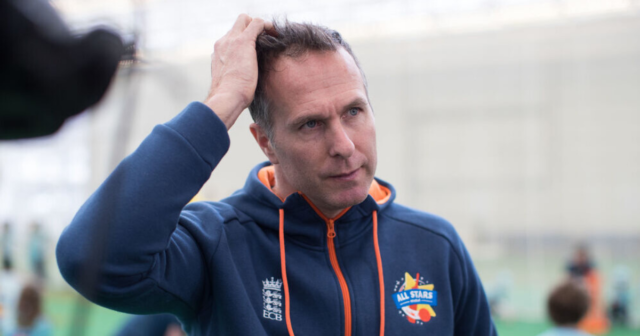 MICHAEL VAUGHAN has been dumped from BT Sport’s Ashes coverage for an alleged racist comment 12 years ago.

Ashes-winning skipper Vaughan, 47, also continues to be dropped by the BBC – but they expect to use him again once the Ashes has finished.

BT Sport are taking a TV feed from Fox Sports in Australia, for whom Vaughan is working, but insist they don’t want his voice on their broadcast.

So they will go to the extreme length of switching to a commentary team in their London studio whenever Vaughan pops up on Fox Sports.

A BT statement said: “As a result of Covid and travel restrictions, BT Sport had made the decision to take our commentary feed from the Australian host broadcaster.

“The recent report presented to UK Parliament uncovering institutional racism within cricket and specifically Yorkshire is extremely disappointing and concerning for all.

“Given these recent events and the controversy with the situation, we have taken the decision that including Michael Vaughan within our Ashes coverage would not be editorially appropriate or fit with BT Sport’s values.

“We are still finalising plans but we are assessing the option of taking a hybrid approach, using Fox commentary where possible with the aim of putting our own commentary team in place if necessary.”

Former Yorkshire all-rounder Azeem Rafiq claims that Vaughan referred to a group of four players of Asian heritage as “you lot” before a match against Notts in 2009.

Vaughan has repeatedly denied the allegation.

As it happens, Vaughan might miss the First Test on December 8 anyway because his journey to Australia has been delayed after he tested positive for Covid.

The BBC continue to say that Vaughan cannot commentate on the Ashes because of a potential conflict of interest over the Rafiq story.

But they are offering him a lifeline.

A BBC statement said: “We’re in regular contact with Michael and have had positive conversations with him in recent days.

“Our contributors are required to talk about relevant issues, so Michael’s involvement in a story of such significance means it’s not possible for him to be part of our Ashes coverage or wider cricket coverage at the moment.

“We’re pleased with how our conversations are going and expect to work with Michael again in the future. He remains on contract to the BBC.”