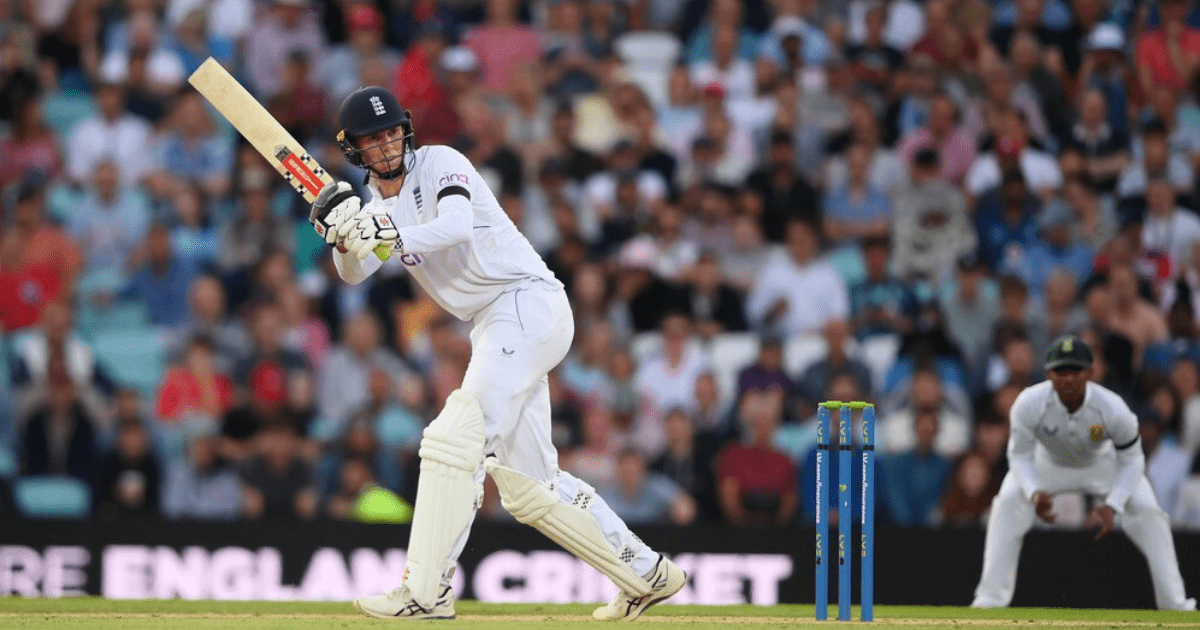 Captain Ben Stokes and his players were left shaking their heads when play was ended in the Third Test against South Africa at 6.35pm with openers Zak Crawley and Alex Lees in full flow and the floodlights on.

The reaction on the balcony of Stokes and Co to the umpires’ decision — with shaking heads, hands on hips and a few choice words — made their feelings clear. Boos from spectators echoed around The Oval.

Anderson said: “It’s obviously frustrating. The rate we were scoring meant we might have needed only another five or six overs.

“The guys were seeing the ball pretty well and, with a good crowd in, it would have been nice to finish it.

“But the point of view of the umpires is they have taken a reading on Saturday which sets the precedent for the whole game.

“If it rains all day tomorrow, it would be unfair on South Africa if we tried to get the game done tonight. But I would like to think common sense would prevail every now and then.”

England are likely to take around 30 minutes this morning to score the remaining 33 runs for victory, clinch the series 2-1 and win six Test matches in a summer for the first time since 2005. Tickets are free.

Stuart Broad added: “We’re naturally disappointed and frustrated, particularly as the guys were going so well.

“Leesy hit the last ball of the day through the covers for four and was seeing it fine.

“We’re frustrated that we didn’t get to finish it in front of the crowd that have been with us all day.”

“I don’t think cricket does itself any favours in circumstances such as this with the floodlights on full beam and a near-full house. Ben Stokes made his views known as well.

“The England team were looking forward to getting this game done tonight and perhaps having a celebratory drink together.”

Fellow ex-skipper Nasser Hussain said: “The people who set the rules need to take a look. Do they think suddenly, in September, it’s going to get bright at 6.45pm? It’s not.

“If you have to make up half an hour, start half an hour early rather than adding it on at the end of the day.

“You’ve got a full house here. Cricket can’t just shoot itself in the foot by picking up the bails and walking off.”

South African all-rounder Marco Jansen added: “I feel it doesn’t matter whether we played another 20 minutes this evening or have a whole day tomorrow.

“If the game was more in the balance, it probably would have affected it a bit more.

“As a bowler, I would have been happy to play on. But it all goes on the umpires, they make the decisions.”

Broad overtook Australian great Glenn McGrath’s 563 Test wickets — with one that would not have counted on review.

Proteas captain Dean Elgar elected not to review the lbw verdict against him but it would have missed the stumps.

Broad, now into the top five in the all-time list of Test wicket-takers, said: “Glenn McGrath’s a hero of mine and the reason I wanted to become a bowler — I used to imitate him in the garden.

“He’s a much finer bowler than I’ve ever been but it’s incredible to be up there in that sort of company.”

In this article:momentsaway, southafrica, testseries