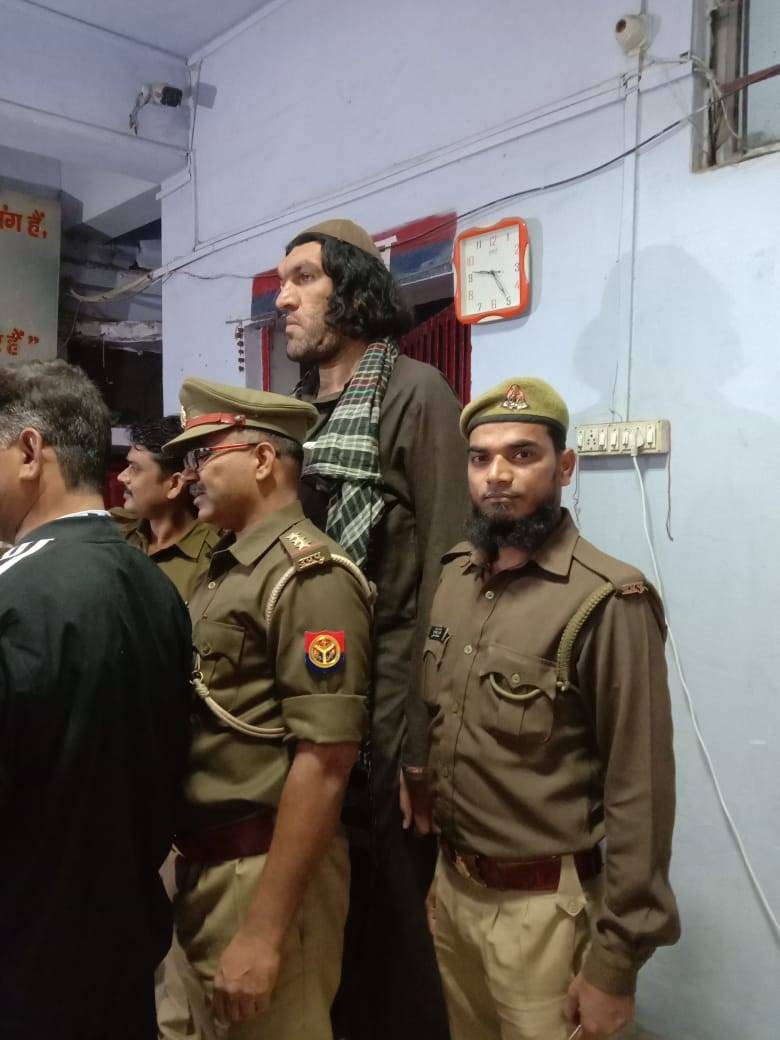 A MASSIVE Afghanistan cricket fan is struggling to watch his country in action against the West Indies because he cannot find a room big enough.

The three match one-day international series between the two nations got underway on Wednesday.

But instead of the cricketers involved at the Ekana stadium in Lucknow, it has been an Afghan fan that has stolen the limelight.

The 8ft 2in giant Sher Khan has travelled from Kabul in his homeland to India to cheer on his country.

However, locals quickly spotted the man mountain racing around the streets in search of accommodation.

And his struggle to find somewhere large enough to stay eventually led to Khanturning to the local police for help.

According to BDCRICTIME.com, cops at Naka Police Station verified his documents and eventually found him a play to stay.

But his joy at finding a room big enough to house him will have been shortlived as the West Indies breezed to a seven-wicket victory in the first one-day international against Afghanistan with the bizarre run out of Ikram Alikhil laying the foundations.

Afghanistan, who have now lost their last 10 ODIs after a chastening World Cup campaign, were bowled out for just 194 and could not contain a commanding response from Shai Hope (77 not out) and Roston Chase (94) in the opening match of the tour.

The duo ended the match as a contest as they piled on 163 before Chase fell late on attempting to reach his century with a six.