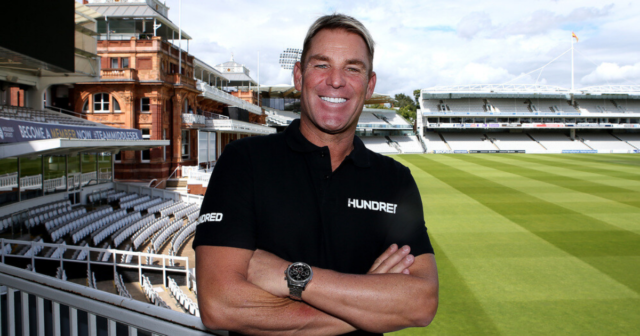 A PARAMEDIC last night told how he battled in vain to revive cricket legend Shane Warne – adding he is “so sorry” he couldn’t save him.

Paramedic Anuch Han-iam took over from Shane’s devastated pals as they desperately gave the Aussie hero CPR on Friday.

The 52-year-old was found unresponsive in his Thai villa after a suspected heart attack.

Paramedics arrived at the Samujan resort at around 5pm local time, but despite their best efforts, Warne could not be saved.

One paramedic, Anuch Han-iam, told SE on Sunday: “Shane’s friends were already trying to bring him back to life.

“I took over doing CPR while we waited for an ambulance.

“They were desperate. I think one was crying. They were really stressed and panicked.

He added: “I could see they were all shocked and I just tried to concentrate and do my best.

“There were about four or five other people in the room. All men, there were no women.

“The villa was clean and I didn’t see any beer or cigarettes inside.

“There was nothing unusual that made me think they’d been partying. I didn’t know when I arrived that it was Shane Warne. But I know who he is, he’s a star.

“I did my best for him and gave all my energy. I’m so sorry that I couldn’t help him.”

And a TV was showing the Australia vs Pakistan Test match at the time.

Warne had suffered chest pains before leaving his homeland for the Thai island of Ko Samui for a week’s holiday with friends.

His manager also revealed the star had just started a three-month break from his hectic schedule.

Last night his ex Liz Hurley said: “I feel like the sun has gone behind a cloud forever.”

Follow our Shane Warne blog for live updates on his death

Thai cops yesterday released pictures of the room — as forensics teams continued their work at the £2,000-a-night villa.

He added: “He called the girl to massage. It was just massage.

“He didn’t die because of the massage. He wasn’t well.”

He explained: “He had asthma and had seen a doctor about his heart. We learned from his family that he had experienced chest pains when he was back home.”

Police confirmed no alcohol or drugs were found in the room.

They are treating the death as non-suspicious and have ruled out foul play.

There were no signs of a break-in or violent argument in the villa room. Warne’s body is due to be transferred to Surat Thani on the Thai mainland.

Authorities said it would have to test negative for Covid before the autopsy which is due today.

Colonel Sirisombat said investigators were examining whether blood stains in the room were caused by attempts to revive him, or another medical issue.

He went on: “So far, no suspicious issue found from the investigations.

“However, the blood stain was seen on the floor which the friends told police was the consequence of CPR practices.

“Therefore, the investigators have to scrutinise it clearly before concluding the case and all assumptions still remain.”

Warne’s family — including his former wife Simone Callahan and their children Brooke, Summer and Jackson — were said to be in shock last night.

Warne’s pal and long-time ­manager James Erskine told Fox Sports in Australia: “Neo knocked on his door because Warnie is always on time.

“He said, ‘Come on you’re going to be late’ and then realised something was wrong.

“He turned him over and gave him CPR and mouth to mouth, which lasted about 20 minutes and then the ambulance came.

“They took him to the hospital, which was about a 20-minute drive and I got a phone call about 45 minutes later saying he had been pronounced dead.”

Mr Neophitou, thought to have been staying in the next-door room, said yesterday: “We just really want to get Shane home.”

Mr Erskine said that Warne had asked for time off before working as a commentator in England this summer. He was also due to coach London Spirit his team in The Hundred competition. Mr Erskine said: “Shane had sort of decided he was going to have three months off.

“He wanted a year off, and I said ‘There’s no way you can (do that) they would have forgotten you by a year’. So he decided to have three months off.

“And this was just the start of it, and they’d only arrived the day or night before.”

Womaniser Warne, often pictured with a drink and cigar, was known for partying hard off the pitch. But Mr Erskine insisted: “He didn’t drink much. Everyone thinks he’s a big boozer but he’s not.

“I sent him a crate of wine — ten years later it’s still there.

“He doesn’t drink, never took drugs, ever. He hated drugs so nothing untoward.

“He was going to do the things he likes doing — play in poker competitions, play a lot of golf, be with his kids, that was about it — have time to himself.”

Warne was pronounced dead at the Thai International Hospital.

His body was then moved to the Koh Samui Hospital, where it was yesterday in a mortuary.

Hospital director Dr Dulyakij Wittayajanyapong said: “The doctor informed me that the patient died before reaching the hospital but we continued with the use of a ventilator and CPR for another 45 minutes.”

He added: “The patient had no pulse or vital signs when found at the scene.

“I cannot say what caused the death but if the relatives have any questions they must have an autopsy performed.” Police said Warne and his pals had been booked into the villa until next Thursday, March 10.

In his last Instagram post, on Monday, Warne had revealed he was on a fitness kick — and posted a topless snap of himself from his playing days.

He said: “Operation Shred has started (10 days in) and the goal by July is to get back to this shape from a few years ago.”

Doctor Philippa Kaye said the traces of blood in Warne’s room could have stemmed from him having high blood pressure. Dr Kaye, currently appearing on ITV’s This Morning, added: “High blood pressure can cause nose bleeds.

“It is possible he might have had a sudden rise in blood pressure which can cause a heart attack.

“I’m not aware of heart attacks themselves causing a nose bleed.

“A big nose bleed will go down the back of the nose and into the mouth.”

She said injuries can be caused during the CPR process, such as broken ribs, but that would unlikely cause a nose bleed. 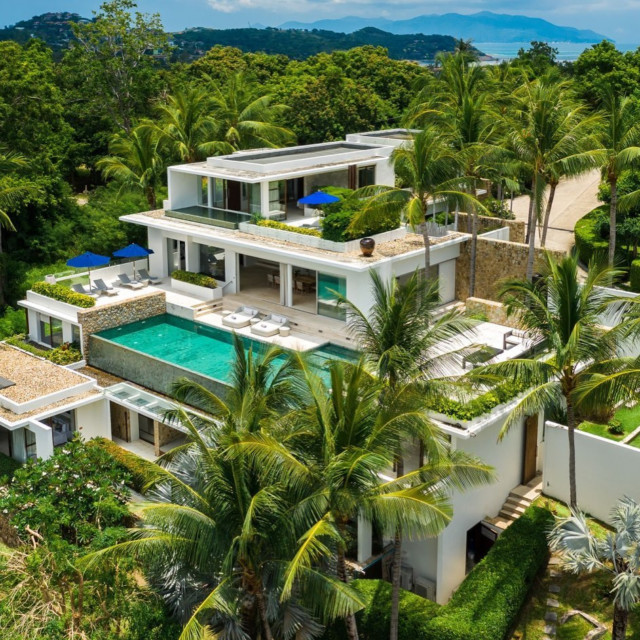 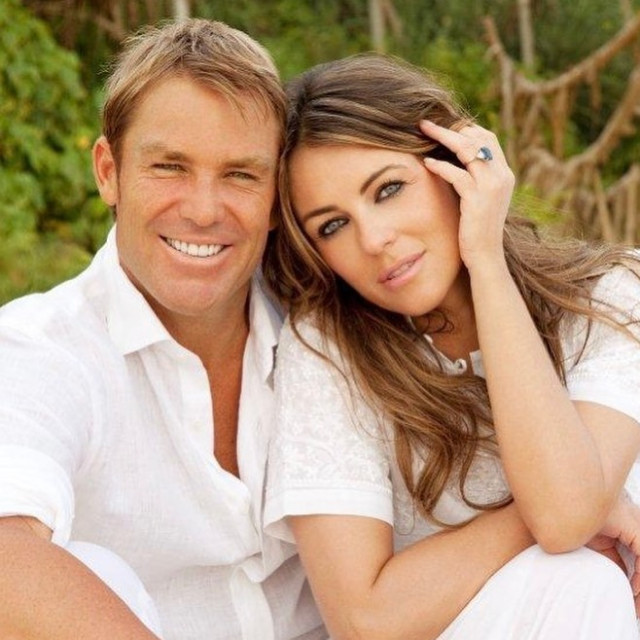 Last night his ex Liz Hurley said: ‘I feel like the sun has gone behind a cloud forever’ 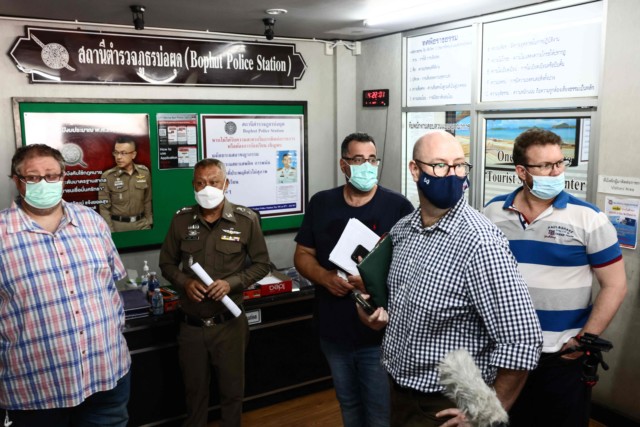 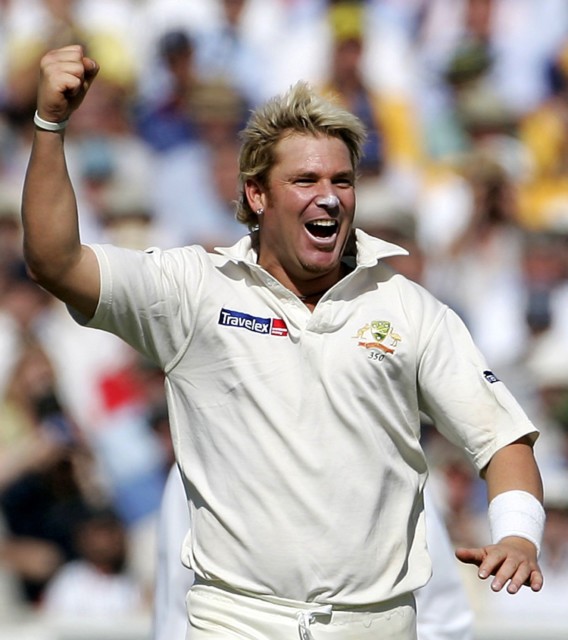 Warne is regarded as Test cricket’s greatest bowler with 708 wickets
In this article:invain, lastnight, shanewarne