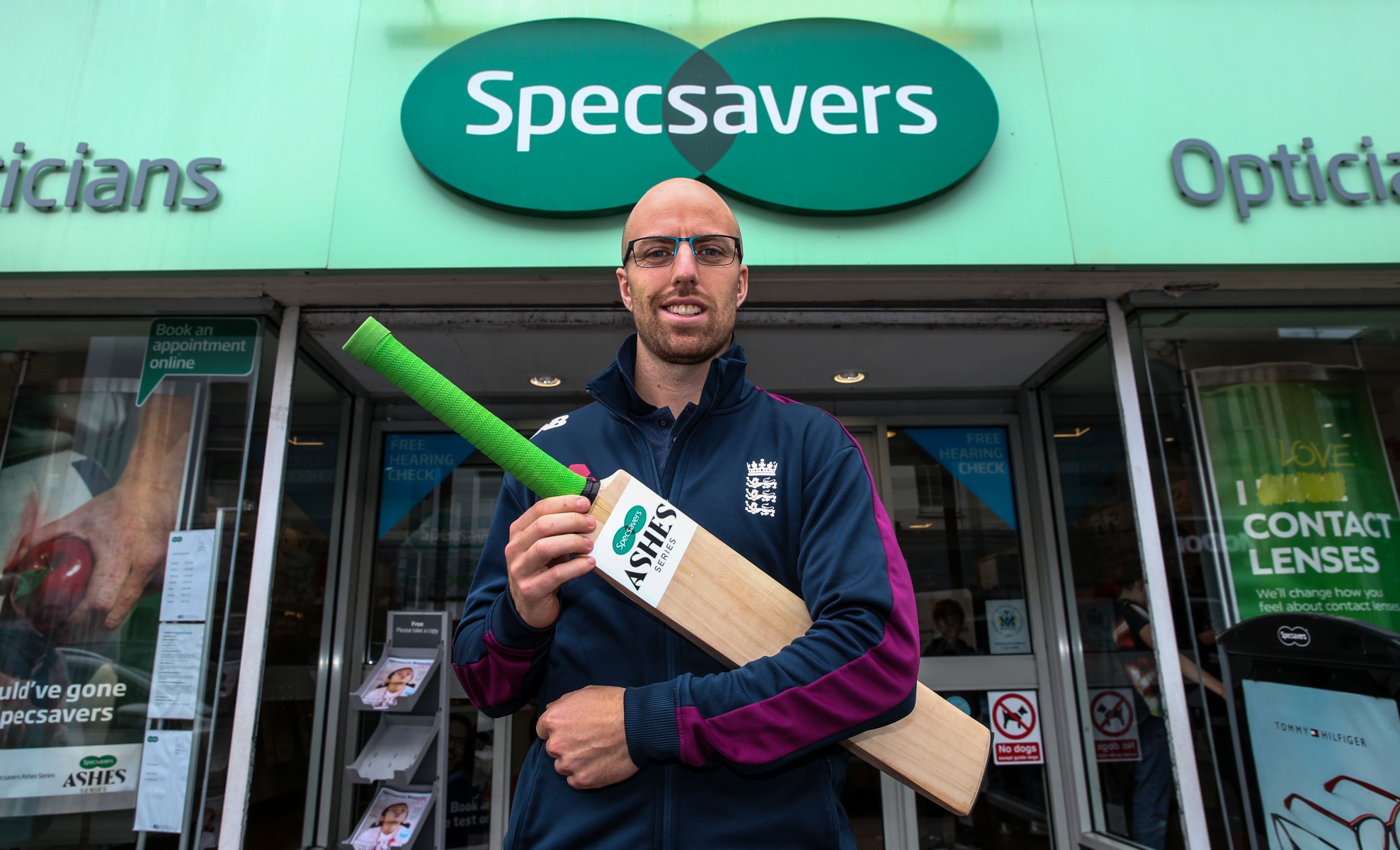 BEHIND the glasses lies a steely, determined stare.

But, sat in an opticians chair at a Specsavers branch in his home town of Taunton, the England spinner has something he wants to clear up.

The 28-year-old said: People have judged me pretty well in terms of my character up to now I am a bit of a joker in the dressing room.

I dont take myself too seriously. My coping mechanism is to have a laugh along the way.

But I take my cricket extremely seriously there are two extremes to my personality.

It is important people know I am working extremely hard and Im not just on a bit of a ride or a joke with the glasses.

I am not playing to see what people say on Twitter.

I am a lot more than that. I am very passionate about playing for England. I want to cement my place as the sides spin bowler for a very long time.

It was fellow Headingley hero Ben Stokes who demanded Specsavers give Leach a lifetime supply of eye-wear for his valiant one run in their unbeaten, match-winning last-wicket stand of 76 in the Third Test.

That historic 359-run chase is the reason why Leach is now a national hero.

But for him, a bigger achievement would be keeping the likes of Moeen Ali out of the current XI by showing he is not just a good PR stunt.

I have always got to be careful not to be too hard on myself and remember I am a good player. I am very aware of where I am at.

But you also need to put your ego to one side and think about how you can improve.

Everyone has warmed to me amazingly well and the whole glasses thing helps but I think I still keep my feet on the ground.

Those experiences make you want more. And I know to do that I need to keep improving. I am excited for the next challenge.

That comes in the shape of a Test series in New Zealand the same country Leach made his England debut 20 months ago.

A different man will be returning, however, one who admits to coming through some tough mental barriers in the past year, including what he described as the Ashes comedown.

With new England coach Chris Silverwood at the helm, he believes he has someone who will give him the love and arm around the shoulder he needs to be performing at his best.

But for now, after lying on a sunbed for a week with his girlfriend, he is ready come the First Test on November 20.

Leach said: What I have learned this summer is that you can have some dark moments in Test matches, there are ups and downs.

But right now, I am just eager to get back out there. We have an exciting squad with some new guys and I can help them out I know how they will be feeling.

Im just hoping I am going out there to help England win a Test series and be a bigger part of it.