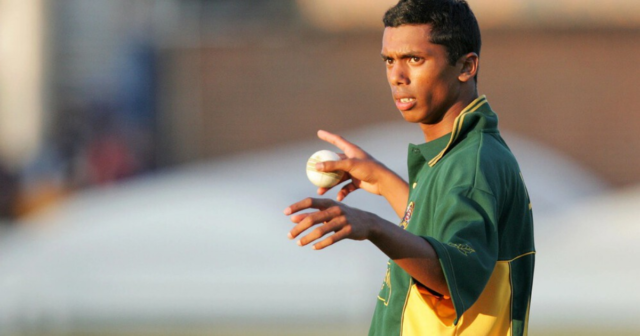 ESSEX have been hit by another racism storm with former bowler Jahid Ahmed claiming he was asked: “Are you going to bomb the club?”

Jahid, 35, is the third player this month to allege historic racist abuse at the county, while chairman John Faragher quit after claims he used the n-word at a board meeting in 2017.

Jahid Ahmed has made allegations of racism at Essex

Seamer Jahid, who played seven first-class matches from 2005 to 2009, describes his time at Essex as a “white man’s world where brown people were outsiders”.

He also says he was mocked for his religion and his accent.

Jahid told the Cricketer magazine: “I was in the dressing room with three players and a coach.

“One of the guys was younger than me but he felt the way to fit in was to pick on the Muslim — so he kept saying things like, ‘Would you bomb us?’

“Those other players and the coach laughed and he was seen as a great lad. I dreaded it.

“I was always fearing what they’d come up with. I wanted to change my voice — I tried to deepen it.

“I really wanted to fit in but there were times when pretty much everyone in the dressing room joined in the laughter at my expense.

“It was basically, ‘You’re a Muslim, you’re a terrorist’. At other times, a senior player told me I was a ‘curry muncher’ and said I ‘stank of curry’.

“It was bullying. It went on every day.”

At least one of his alleged abusers is still involved in county cricket. Essex are investigating.

Did you miss our previous article…
https://www.sportingexcitement.com/cricket/tim-paines-sisters-husband-sent-x-rated-pictures-to-same-woman-as-sexting-scandal-takes-shock-twist