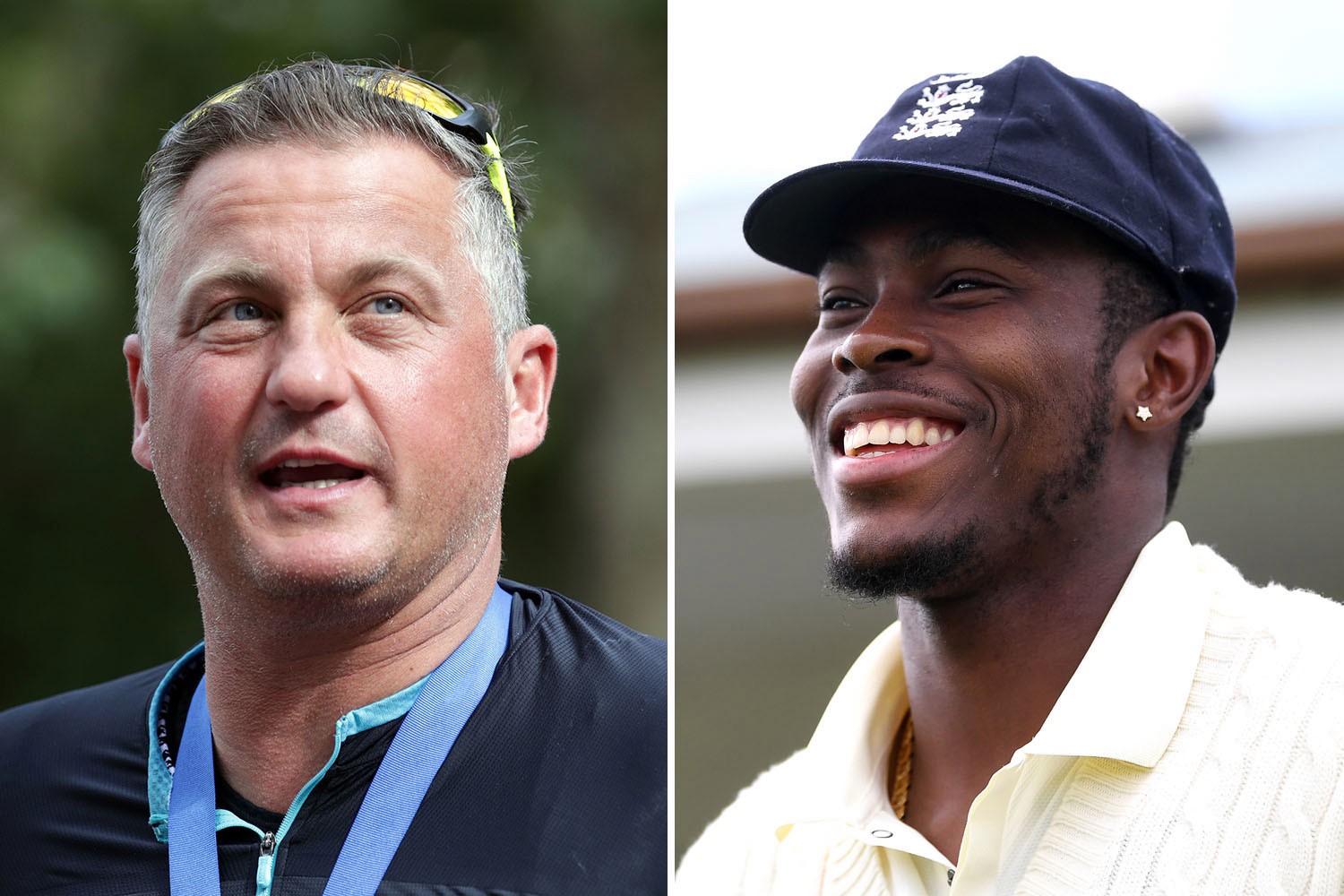 JOFRA ARCHER cranked up the pace and started hitting batsmen again. And nobody was more impressed than Darren Gough.

Archer struck a helmet, a forearm and had opponents ducking and diving for cover during a high-velocity, aggressive spell against New Zealand A.

England legend Goughie said: If you need a wicket, you go to Archer.

But you need one more in there somehow. Joe needs to get another wicket-taker in that team.

England are missing strike bowler Jimmy Anderson as he recovers from the calf injury that wrecked his Ashes.

But Gough was purring on the boundary edge as Sussex star Archer should that be Goughfra Archer went through the gears.

Ex-Yorkshire ace Gough said: Teams need a strike bowler and that third spell after lunch is the best Jofra has bowled since hes been here. It was outstanding, excellent.

“The pitch is flat, not doing anything sideways or through the air and youre looking for a bowler to do something and Jofra has done that.

Archer is just a natural talent. With him, its about keep challenging him and giving him a target.

You need one bowler who can unsettle batsmen with bouncers and I think we all know who thats going to be Jofra.

Archer, 24, hit a string of Aussie batsmen during The Ashes, including a terrifying blow at Lords to run machine Steve Smiths neck that forced him to retire hurt and kept him out of the next Test.

Here, former Kiwi opener Hamish Rutherford was hit on the head and was able to continue only after passing a concussion test.

Then, during Archers quickest spell, Glenn Phillips was hit on the arm, twice put on his backside as he evaded bouncers and several times forced to sway and duck.

Phillips revealed: That was the quickest Ive ever faced. Jofra almost took my head off. The challenge was unbelievable, its the most fun you can have out there.

Phillips survived the battering and went on to a century as New Zealand A scored comfortably on a flat pitch.

That is a worry with similar conditions expected for the First Test in Mount Maunganui next Wednesday.

New Zealand paceman Lockie Ferguson, a star of the World Cup, is poised to make his five-day debut and will rival Archer in the speed stakes.

And he might be tempted to help out again if he can combine the role with his job as Drive Time presenter on talkSPORT radio.

He explained: Weve done a lot of chatting, nothing too technical. Its all about mindset and options in the field when the pitch gets flat.

Of course Id be tempted to do it again. Youre back with England, this is the ultimate.

Root left the field when he jarred his left hip diving to field the ball but returned after a few overs.