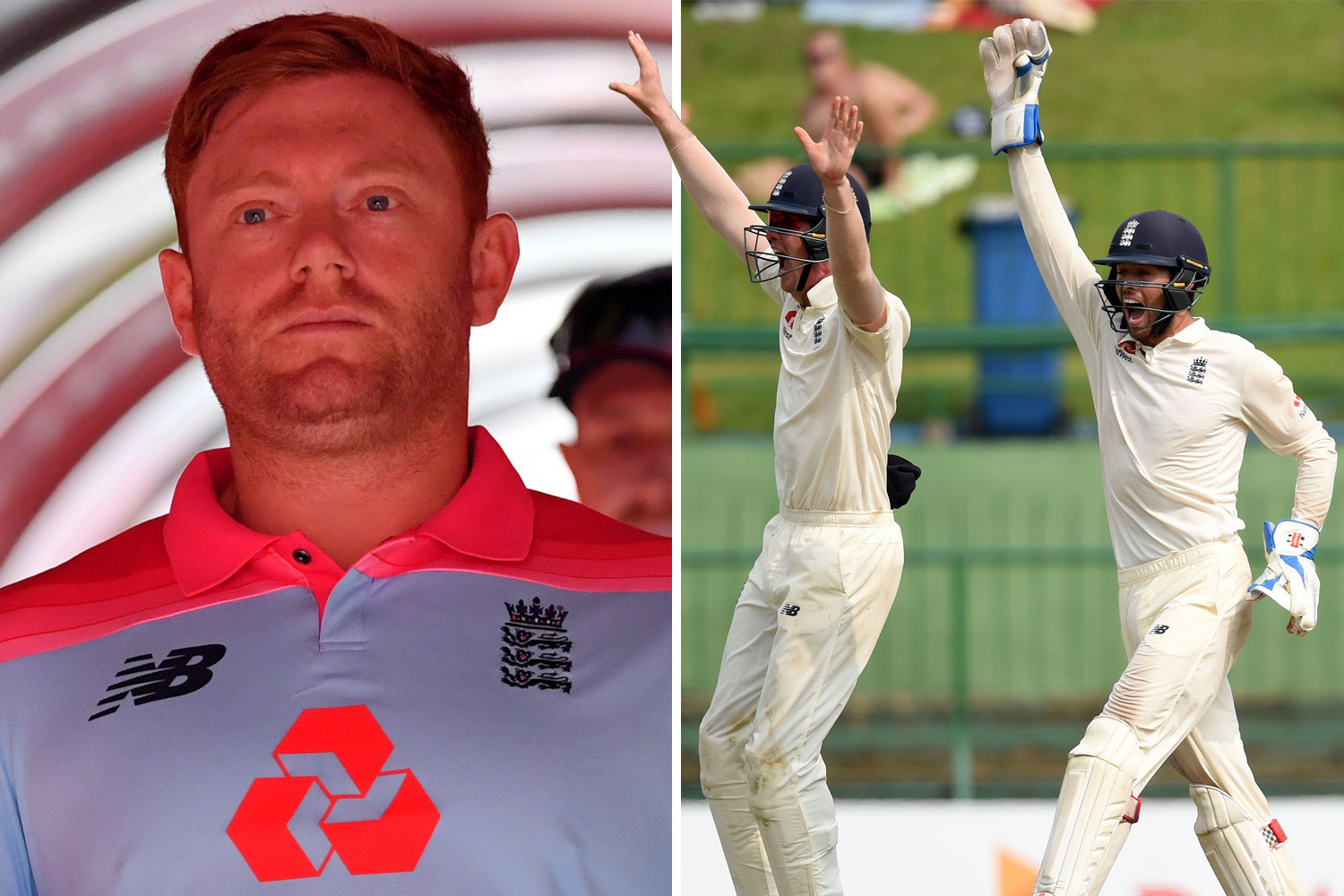 KEATON JENNINGS and Ben Foakes have been recalled by England for the two-Test tour of Sri Lanka next month after a year in the wilderness.

But Jonny Bairstow has been dropped following his recent struggles in red-ball cricket.

Lancashire opener Jennings is back in Englands 16-man squad because of his ability to play against spin bowling on turning pitches.

And Surrey wicketkeeper Foakes takes Bairstows place as No.2 to Jos Buttler.

Foakes might even force his way into the starting XI because wicketkeepers spend a lot of time standing up to the stumps in Sri Lanka and he is regarded as the best in the country.

Jennings and Foakes, on his debut, both scored centuries in the First Test of Englands 3-0 whitewash of Sri Lanka in late 2018.

Bairstow has officially been rested but he would not have been in the first-choice team despite scoring a century in the Third Test in Colombo in November 2018.

With Moeen Ali extending his self-imposed exile from Test cricket and Adil Rashid unavailable as he continues to recover from a shoulder problem, Jack Leach, Dom Bess and Matt Parkinson are the three specialist spinners.

Stuart Broad is included but Jofra Archer, out for three months with a stress fracture of his right elbow, was not considered.

Plans for Jimmy Anderson to be included as a non-playing squad member and bowling mentor were discussed but ultimately scrapped.

He will continue his recovery from a cracked rib and try to make sure he is 100 per cent ready for the start of the English summer.

The South Africa tour marked the emergence of a very exciting group of young players, creating a nice balance with an experienced core of senior players.

That squad is mostly retained, with some tweaks relevant to injury, rest and the challenges of playing in sub-continental conditions.

Somerset spinner Leach has recovered from the illness he picked up in South Africa and is now healthy and keen to resume his Test career.

Bairstow has been in England squads across three formats without a significant break for several years.

“This two-Test tour presents a good opportunity for Jonny to be rested.

Jimmy Anderson will continue to work with Lancashire and the ECB so that he is ready for the start of the county championship season leading into the Test series against the West Indies in June.

“The selectors are in consistent dialogue with Moeen and he remains a valued player in England cricket.