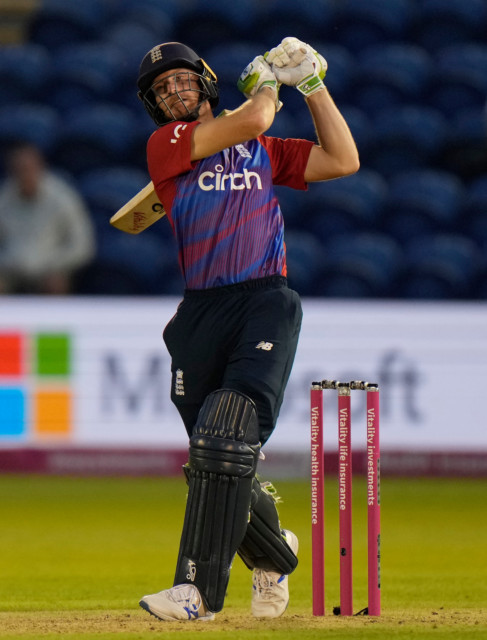 JOS BUTTLER and Jason Roy rampaged England to a crushing victory in their first white-ball match of the summer.

The pair plundered an 80-run opening stand in just nine overs as England made mincemeat of a modest target of 130.

England eventually won the first Twenty20 match against Sri Lanka in Cardiff by eight wickets with 17 balls to spare.

Roy departed for 36 thanks to a brilliant, leaping catch at mid-off by Danushka Gunathilaka but Buttler remained unbeaten with 68 from 55 balls.

Buttler might have missed England’s last five Tests because of the rest and rotation policy but his brilliance as a short format batsman remains undiminished.

He again showed why Eoin Morgan wants him to open the batting for England in T20s rather than occupy a middle-order place as he does in the 50-over game.

Perhaps Buttler’s most worrying moment came when Roy hammered a drive straight into his arm at the non-striker’s end. There was pain, a rueful smile but no significant damage.

Dawid Malan was bowled for an unconvincing seven from 14 balls and looked nothing like the top-ranked T20 batsman in the world.

But Jonny Bairstow hoisted a huge six to level the scores and Buttler completed the job with a single after wicketkeeper Kusal Perera dropped him off Dushmantha Chameera.

England are the best T20 team in the world while Sri Lanka, in transition and relatively weak, are eighth in the official rankings list.

The second game is also in Cardiff tomorrow evening with the third in Southampton on Saturday. It would be a surprise if England don’t complete a 3-0 series whitewash with three 50-over matches against Sri Lanka to follow.

Sri Lanka chose to bat but their innings never got going. Captain Kusal Perera briefly threatened with an innings of 30 while Dasun Shanaka reached a half-century from 44 deliveries.

Chris Woakes, playing his first T20 game for England since 2015 and his first match of any sort since last September, was tidy while Adil Rashid bowled his four overs for just 17 runs with two wickets.

Sam Curran also snared a couple of victims while Mark Wood, although the most expensive bowler, consistently exceeded 90mph.

Even Liam Livingstone – preferred to Moeen Ali as the batting/spin bowling all-rounder – went for just nine runs and a wicket in his two overs. Chris Jordan held three catches.

England tended to bowl back of a length in order to stop Sri Lanka’s batsmen hitting to the short straight boundaries.

Did you miss our previous article…
https://www.sportingexcitement.com/cricket/what-happens-if-the-icc-world-test-championship-final-between-india-and-new-zealand-ends-as-a-draw