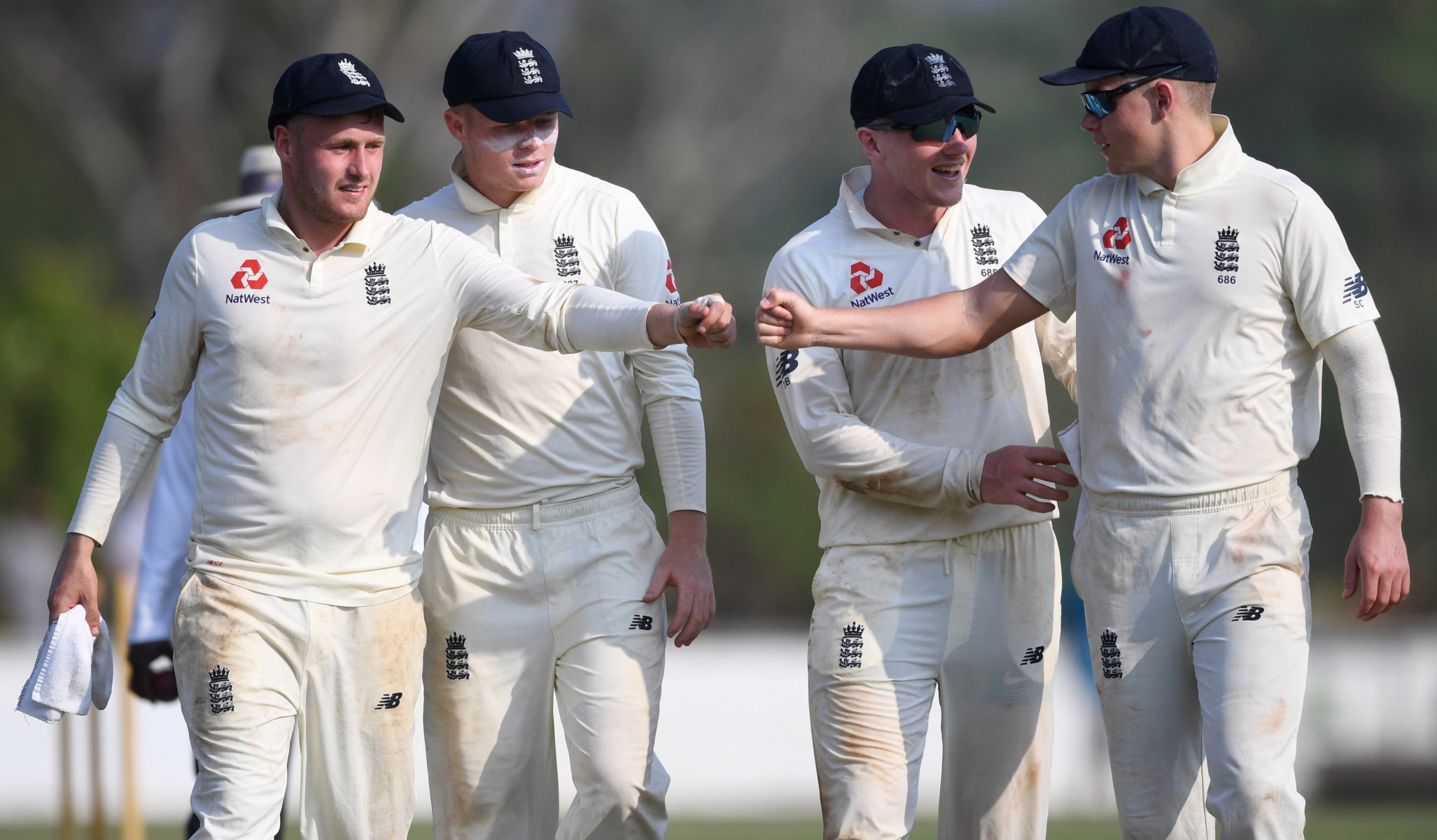 MATT PARKINSON lapped up the fist-bumps after a four-wicket haul boosted his Test hopes.

The Lancashire leg-spinner took four for 68 on day two of the tourists’ warm-up match against the SLC Board XI, who were dismissed for 245 in reply to England’s 316.

Jack Leach, who is on track to be fit after calf trouble, and Dom Bess, who took three for 54, remain ahead in the pecking order.

But skipper Joe Root — who has banned handshakes over Coronavirus fears —   and England’s selectors will struggle to ignore Parkinson if this form continues.

The 23-year-old led the way as England’s attack enjoyed their first taste of Sri Lankan conditions in Katunayake ahead of the first of two Tests, which begins on March 19.

Parkinson — who has played just 20 first-class games — debuted in both limited-over formats over the winter, playing two one-day internationals in South Africa and two Twenty20s in New Zealand, but struggled in his early outings with the red ball.

Parkinson admitted to stagefright but reckons he is settling down now.

He said: “Having not played much red-ball cricket I needed to prove I can take wickets and almost get over the nerves of bowling with these lads.

“There haven’t been many days yet in a white shirt but to get four wickets after the way the warm-up games went for me in New Zealand and South Africa was very pleasing.

“I found it difficult to bowl spin in New Zealand and South Africa but hopefully the wickets in Galle and Colombo will be raggers.

“There were more nerves in the other two tours. I’m still very raw with the red-ball and I think people sometimes forget that spinners develop later. Being picked on three Test tours, the expectations are raised, but I’ve still only played 20 first-class games so I’m still very new to red-ball cricket.”

His first two wickets came from successive balls split by the lunch break, Lahiru Milantha chipping to extra cover just before the interval and home captain Milinda Siriwardana falling to the first delivery of the afternoon session.

Parkinsonb added two more in the evening, his third held by Sam Curran at mid-wicket and number four owing to a sharp catch from Ben Foakes, who split wicketkeeping duties with Test regular Jos Buttler.

Chris Woakes claimed two wickets and also saw two catches dropped by  Root at slip, while there was one for Parkinson’s Red Rose team-mate Saqib Mahmood, who bowled sharply.

Zak Crawley and Joe Denly resume on 39 for one on the third and final day, Dom Sibley having fallen for a duck late on.