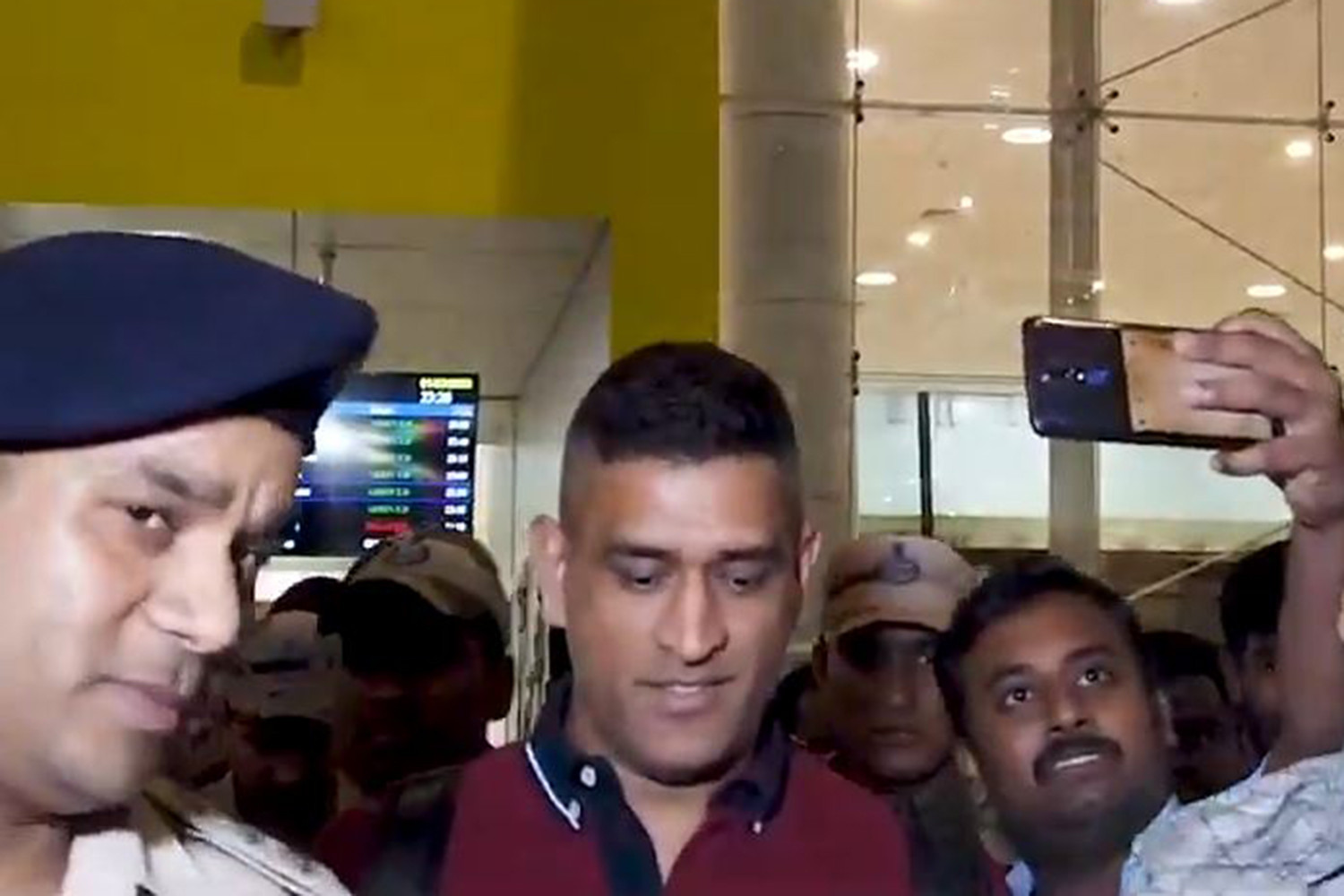 MS DHONI arrived in Chennai to a hero’s ovation ahead of the new season of the Indian Premier League.

The Chennai Super Kings captain reported for duty four weeks before the 2020 tournament kicks off.

Three-time champions Chennai will take on Mumbai Indians in the season opener on March 29.

It will be a repeat of the dramatic 2019 final, which saw to Indians cling on and win by one run in Hyderabad.

CSK captain Dhoni will be looking to go one better than last year’s heartbreaking defeat and guide the yellow army to their fourth title.

Dhoni, 38, is not part of the Indian team currently on tour of New Zealand and will have an extended period to prepare for the IPL.

CSK chief executive KS Viswanathan had said: “Dhoni will reach Chennai on March 2 and will start training the next day at the MA Chidambaram Stadium.

“Suresh Raina will also be training with him, but there will be no international player as of now.”

Dhoni has yet to give up on playing for India again after being dropped to make way for younger players.

A good IPL tournament could catapult Dhoni back into contention for the World T20 to be played in Australia later this year.

India’s 1983 World Cup-winning captain Kapil Dev said: “It’s not just Dhoni who is playing the IPL. I am a person who looks for a young player who we can be proud of in the next 10 years.

“I think Dhoni has already done so much for the country.

“As his fan I’d like to see him play, but as a cricketer, I think it all depends on the management. He hasn’t played for one year. He should play more matches to be on the team.