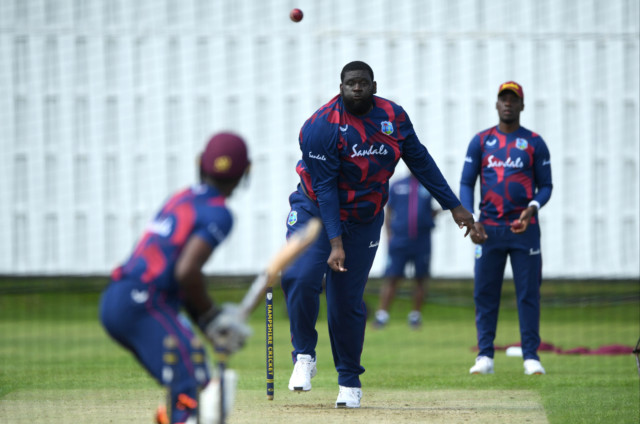 IN Rahkeem Cornwall’s hands, a cricket ball looks like a tomato and his bat resembles a toothpick.

Cornwall is not just a big man, he is absolutely huge. His official dimensions are 6ft 6ins tall and 22st – and that weight figure could be an underestimate. 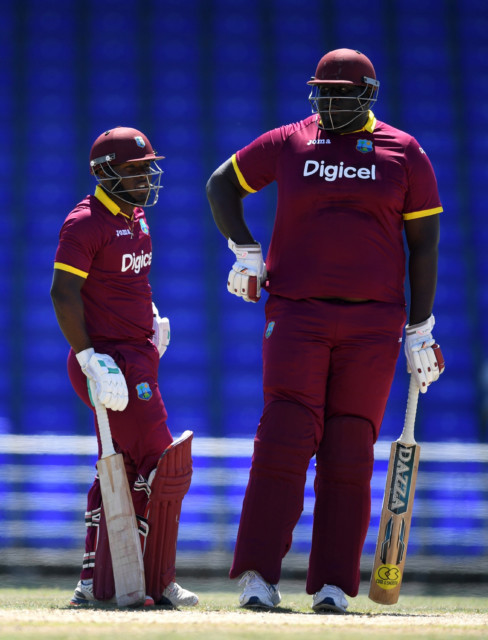 Cornwall absolutely towers over his team-mates

He goes against almost every perception of a modern, international sportsman.

But West Indies coach, Phil Simmons, insists Cornwall’s size is not an issue and is rarely a hindrance these days.

He can bowl long spells of off-spin, bat usefully and powerfully and is nimble, alert and safe-handed when fielding in the slips.

can bowl long spells of off-spin, bat usefully and powerfully and is nimble, alert and safe-handed when fielding in the slips. 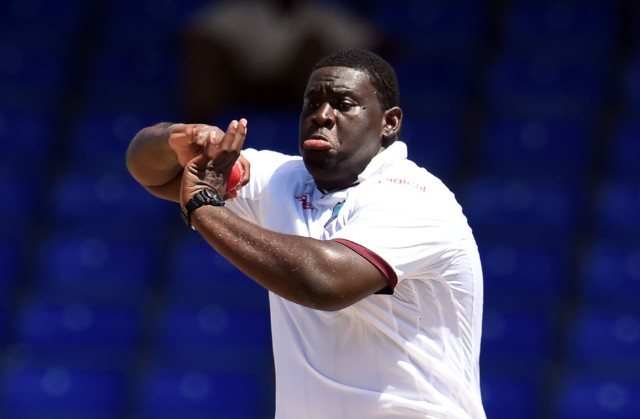 Former Aussie captain Warwick ‘Big Ship’ Armstrong, who led the 3-0 hammering of England in 1921, was reckoned to be around 22 stone near the end of his career.

But Cornwall – who gave England a fright back in 2017 – surely is top of the scales.

Cornwall has had regular success for the Leeward Islands in Caribbean domestic cricket and took 19 wickets in three matches for West Indies A against England Lions in 2018.

He had 54 wickets at 17.7 apiece in the domestic season of 2018-19 but was not chosen for any of the three Tests against England early last year.

The Windies won that series and Roston Chase took an almost freakish eight wickets in England’s second innings in Barbados – his only wickets in the series. But experts knew that Cornwall was a better bowler than Chase. 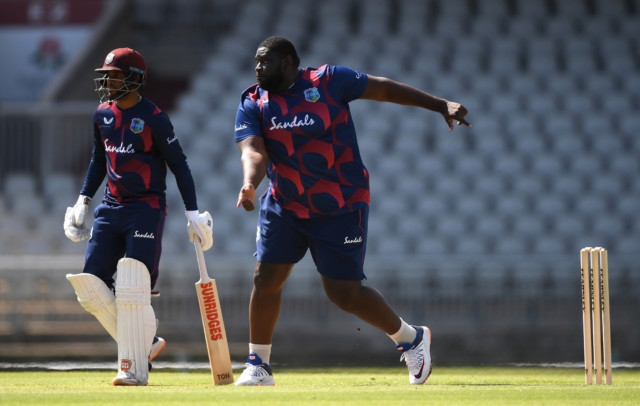 Chairman of selectors Courtney Browne, the former Windies wicketkeeper, was reluctant to pick Cornwall, insisting he needed special help with his diet and training.

Browne departed, however, and has been replaced by Roger Harper, himself an off-spinner in the great Windies team of the 1980s.

Things began to change for Cornwall. He made his Test debut against India in Jamaica and then had a bonanza haul of ten wickets in a Test against Afghanistan.

Simmons said: “He is a very quiet character, a very serious man. His size has not been an issue. If you see Rahkeem in the slips and some of the catches he takes, then you will realise there’s no issue there.

“And he is capable of bowling an enormous number of overs, which he has done for the Leeward Islands and now the West Indies. So his size has not been a hindrance.

“He had a little knee problem but that has been fixed and he is as strong as ever.”

Cornwall, 27, has worked with team fitness and food specialists but is not obviously smaller than a couple of years ago. 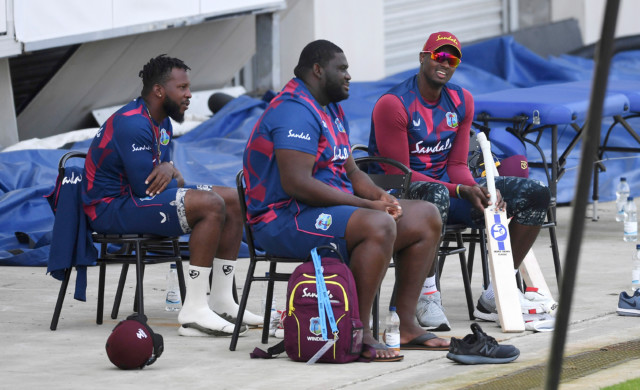 A post shared by Rahkeem Cornwall (@rahkeemcornwallofficial) on Nov 1, 2019 at 11:34am PDT

He is a man of few words and prefers not to talk about his size. “I don’t think it is an issue,” is about as much as he will say on the matter.

While England’s batsmen prepare for a fast bowling assault in the three-Test series, they would do well to keep an eye on ‘Big Jim’ Cornwall.

Well, they could hardly miss him, could they?