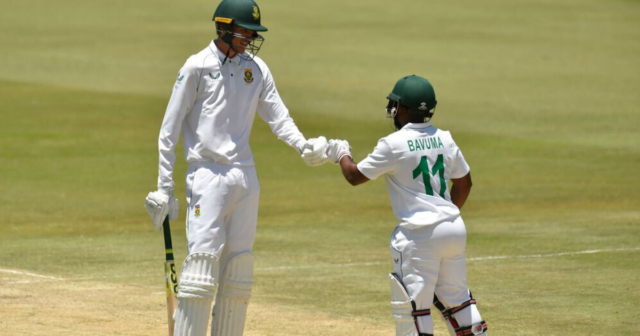 FANS were left in stitches as a South African batting partnership had a massive 16-INCH height difference.

The Proteas took on India in the first Test of their three-match series at Centurion this week.

And on Day Five, 5ft 4in Temba Bavuma was patiently plugging away trying to hold on for a draw.

But as his team-mates fell, the vice-captain was joined in the middle by debutant Marco Jansen.

The giant left-arm pace bowler stands at a whopping 6ft 8in.

And it made for comical viewing as the pair came together.

TV camera operators struggled to even get them in the same shot when they chatted at the end of overs.

One user suggested they are the shortest and tallest batters in South African Test cricket history.

Pakistan’s Mohammad Irfan is widely accepted to be the biggest first-class cricket player of all time – the bowler measuring up at 7ft 1in.

But plenty of witty fans took to social media on Thursday during the Bevuma-Jansen partnership with some hilarious memes shared on Twitter, while others simply could not stop laughing.

One fan wrote: “Bavuma Jansen together in one frame,” followed by a series of crying emojis.

A second said: “How will Bavuma and Jansen hug each other if they pull off a win for SA here?”

A third user commented: “If you checked the Fitbit count for steps in the running between wickets in this partnership, Bavuma would have three times as many Jansen for the same distance covered.”

And a final one added: “Bavuma and Jansen walking together. He can’t even reach his shoulder.”

The camera angle as they walked off for lunch together highlighted the stark difference in height.

But after the break, Jansen nicked behind for 13 before two further quick wickets – Kagiso Rabada and Lungi Ngidi both got ducks – wrapped up a 113-run for India.

Bavuma finished unbeaten on 35 from 80 balls. 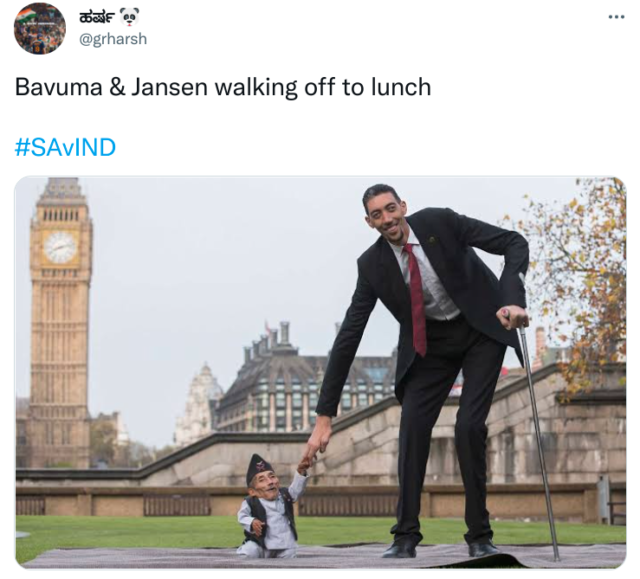 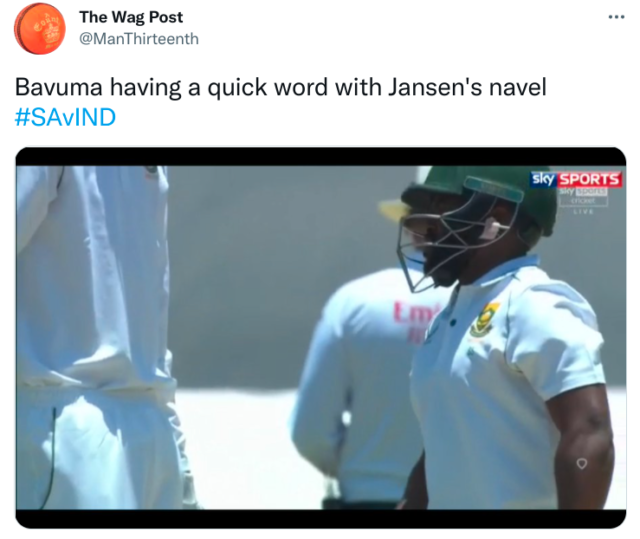 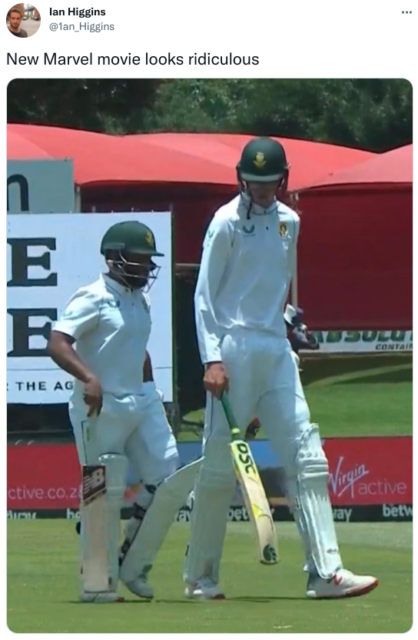 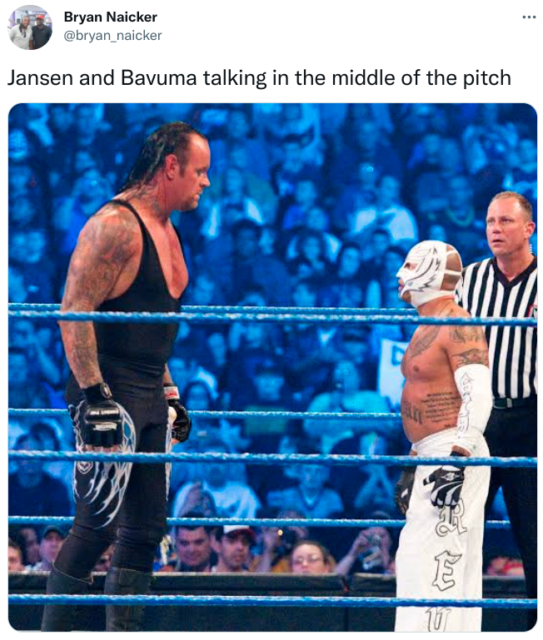 Did you miss our previous article…
https://www.sportingexcitement.com/cricket/england-coach-chris-silverwood-facing-axe-after-ashes-humiliation-in-australia-as-players-question-methods