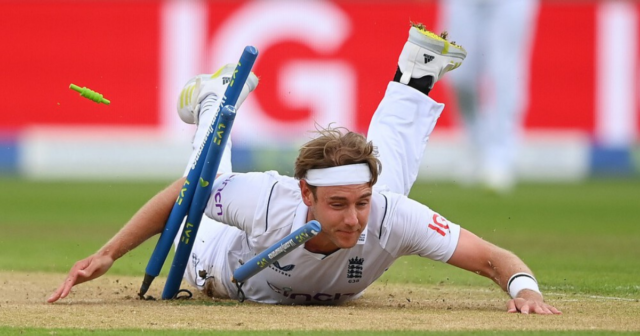 STUART BROAD secured a dubious record when he conceded 35 runs in the most expensive over in Test history.

Broad went for a mixture of sixes, fours, extras and a single with 29 of the runs plundered by stand-in Indian skipper and No.10 batter Jasprit Bumrah.

Stuart Broad conceded a record 35 runs of one over against India’s number 10 batter.

It came just minutes after Broad dismissed Mohammed Shami and became only the third seam bowler after Jimmy Anderson and Glenn McGrath to reach 550 Test wickets.

Broad already held the world record for Twenty20 internationals after being bashed for a maximum 36 – six sixes – by Indian batter Yuvraj Singh in 2007.

So now he has delivered the worst Test and T20 overs.

The previous record for a Test over was 28 runs – achieved three times including Aussie George Bailey belting James Anderson during the 2013-14 Ashes and South Africa Keshav Maharaj against Joe Root in 2020. 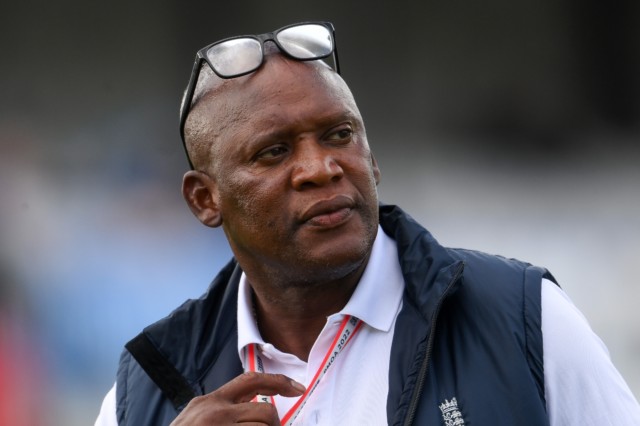 This is how Broad’s over went…

Ball three – 7 runs (6 plus a no-ball) – Another short ball and Bumrah’s top-edge goes for six. Broad has overstepped. So he’s conceded 16 runs from one legal delivery.

Ball eight – 1 run – Broad picks up the ball in his follow-through and breaks the stumps but Bumrah keeps the strike with a quick single.

Naturally, social media enjoyed poking some fun on the English pacer, with one tweeter saying: “Broad concedes 35. He’s improved since 2007.”

“Bazball has unreal influence on England. Broad showing it in his bowling also.” another tweeter said.

With one more person saying: “Please have Baz call up Stuart Broad for ODI cricket and at least give him the chance to complete the set.”