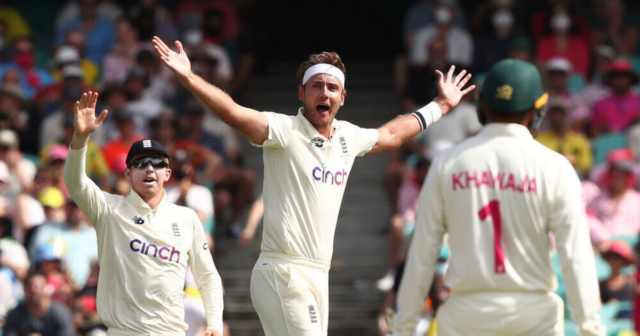 STUART BROAD collected England’s first five-wicket haul of the Ashes series – but they still face a big job to save the Fourth Test.

Broad responded to being omitted from two of the opening three Tests with a typical “I’ll show you” performance in Sydney.

But Crawley was fortunate. He was caught at first slip by David Warner on nought but TV replays showed Mitchell Starc had narrowly overstepped for a no-ball.

There was more worry for England when all-rounder Ben Stokes left the field in the middle of an over during the morning session clutching his left side. He returned but did not bowl again on day two.

Left-hander Usman Khawaja was the star for the Aussies and made 137 in his first Test innings for more than two years. He was Broad’s fifth and final victim.

Broad has been upset at being a peripheral figure as England sunk to a 0-3 series deficit with the Ashes certain to remain in enemy hands.

Stand-in head coach Graham Thorpe described the veteran bowler as a “caged tiger” before the match started. And Broad continued his knack of performing at his best when people begin to doubt him.

He has even said in recent days that he might have to consider his international future but, on this evidence, there is still something worthwhile left in his tank.

England’s bowling was impotent for much of the early part of the day as Khawaja and Steve Smith set about building a century stand for the fourth wicket.

The pair endured a couple of tricky moments but their progress was mainly untroubled.

Khawaja on 28 was dropped by Joe Root at slip after an edge off Jack Leach ricocheted via wicketkeeper Jos Buttler’s leg.

It was England’s 16th dropped catch of the series – a remarkable and damning statistic.

Before the end of the next over, Stokes was trudging towards the dressing-room. 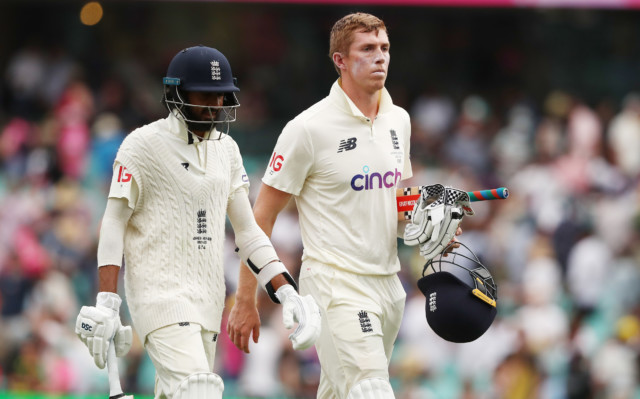 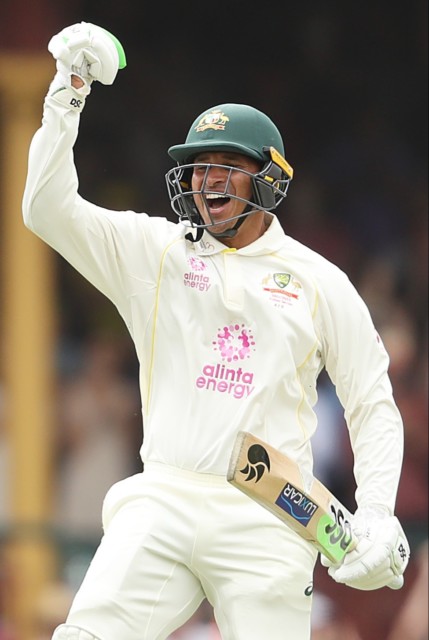 The Durham all-rounder sent down a few overs of short stuff with the field spread in an attempt to soften up the batsmen.

He once struck Smith painfully on the left hand but he ended up inflicting more damage on himself.

Bowling non-stop bouncers is hard work and side injuries are the curse of quick bowlers.

Smith departed for 67 when Broad found his outside edge. Then Cameron Green was well held by Crawley low down at third slip.

When Alex Carey skied an attempted slog and Jonny Bairstow held a well-judged catch over his shoulder, England would have hoped to bowl out Australia for little more than 300. 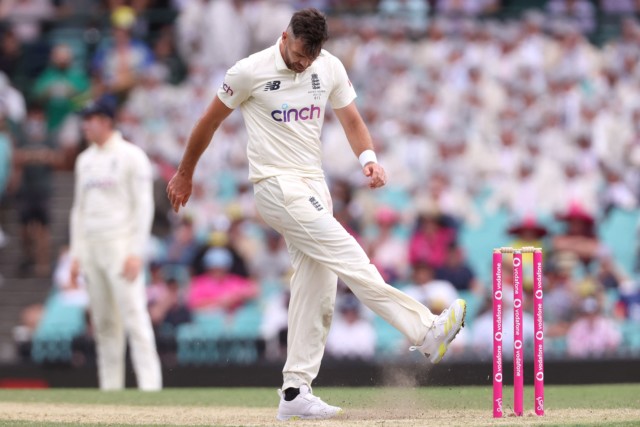 But Khawaja began to accelerate and Pat Cummins and Starc contributed useful runs.

Playing his first Test for more than two years – and on his home ground, too – Khawaja received a thunderous ovation when he reached his century.

He played really well – patient for the first half of his innings but ever more fluent as England’s bowlers tired and his confidence grew.