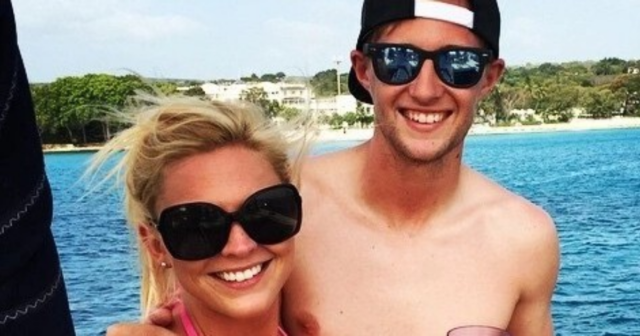 ENGLAND and Australia are ready to battle for The Ashes again.

Although our Wags won’t be there, you can bet they will cheering on our boys into the early hours from their homes.

In our ranks, we boast a BBC Radio 1 presenter and a former model, while the Aussies have a stunning ex-professional ironwoman, as well as a Yorkshire beauty.

Meet the woman that make the men of the series.

The wife of Joe Root, blonde Carrie, 30, is a Yorkshire lass through and through.

She met the England captain at the bar in Headingley called The Arc, where she used to work.

In 2018, the pair got married in his hometown of Sheffield in front of close friends and family.

They have two children, Alfred and Isabella. 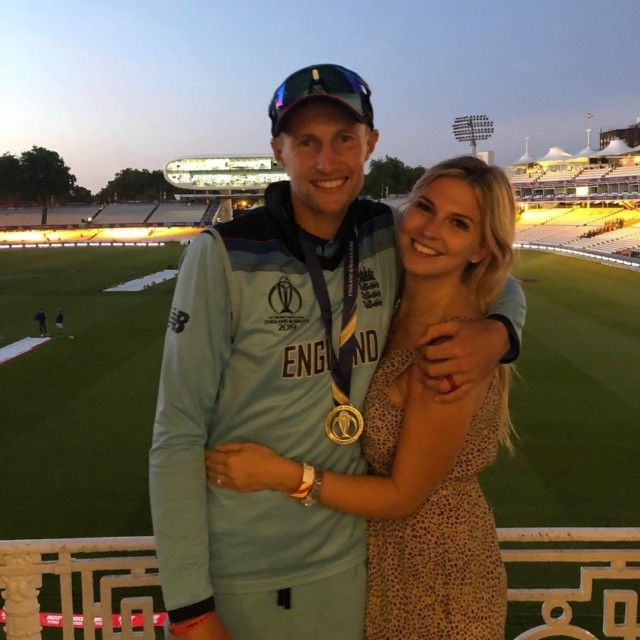 Carrie Root met Joe in the bar at Headingley

King, 34, rose to fame with girl group The Saturdays, before appearing on Strictly Come Dancing in 2017.

Currently, she is a BBC Radio 1 presenter and co-hosts a show with Matt Edmondson on Fridays, Saturdays, and Sundays.

She has been in an on/off romance with Stuart Broad since 2018.

However, last New Year’s Eve he popped the question and they are now engaged. 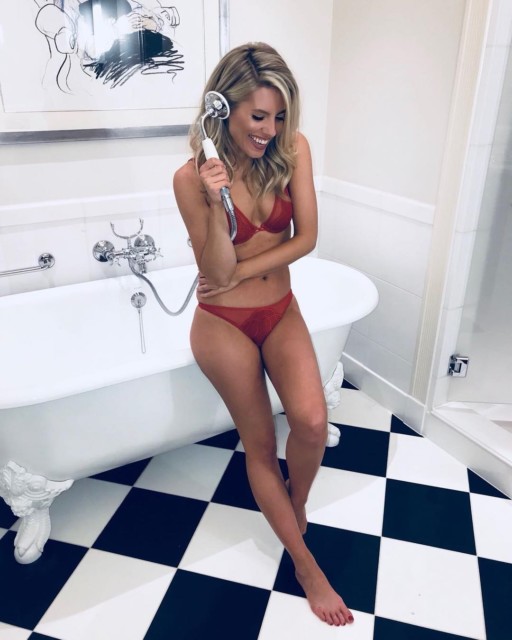 Mollie King is a former singer for The Saturdays 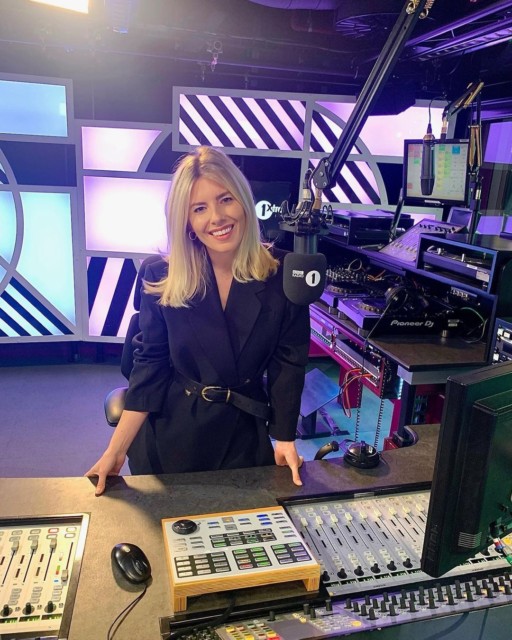 Mollie King now works for BBC Radio 1 as a presenter

A former model, who also worked in advertising, she now lists herself as a presenter on social media.

At 45, she is six years older than the England bowler.

They got married at the Lowry Hotel in 2006 in Manchester, and now have two kids, Lola and Ruby. 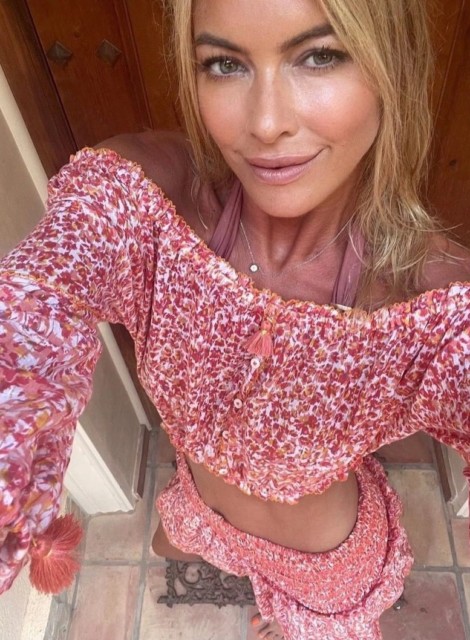 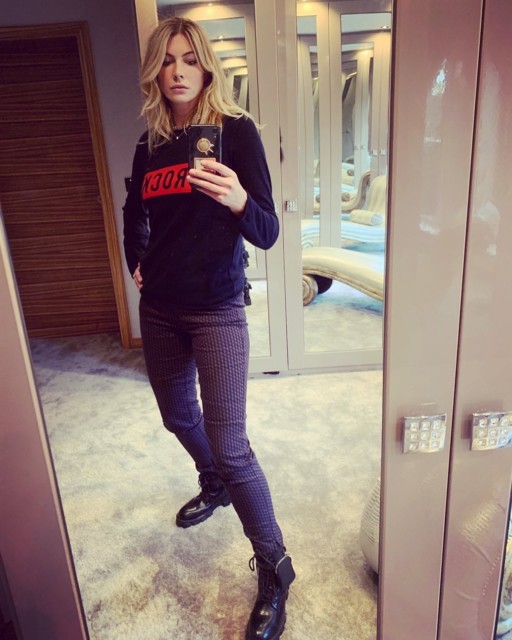 Dawid Malan’s wife Claire is originally Scottish, so she might have a hard time cheering England.

The blonde beauty works for Deutsche Bank as a relationship manager.

She is a seasoned pro at being a cricket Wag, and was once spied showing off her sculpted body on Sydney’s Bondi Beach the last time England played in Australia in 2018. 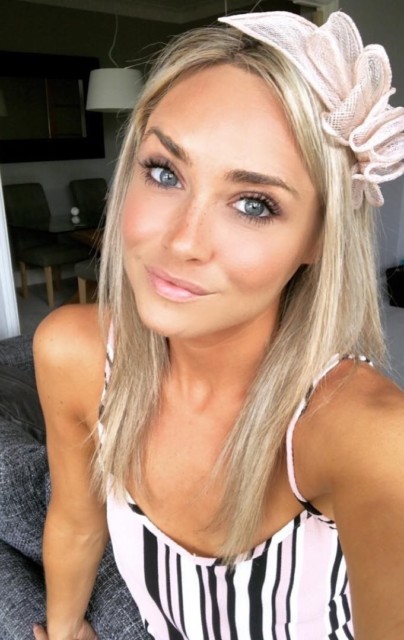 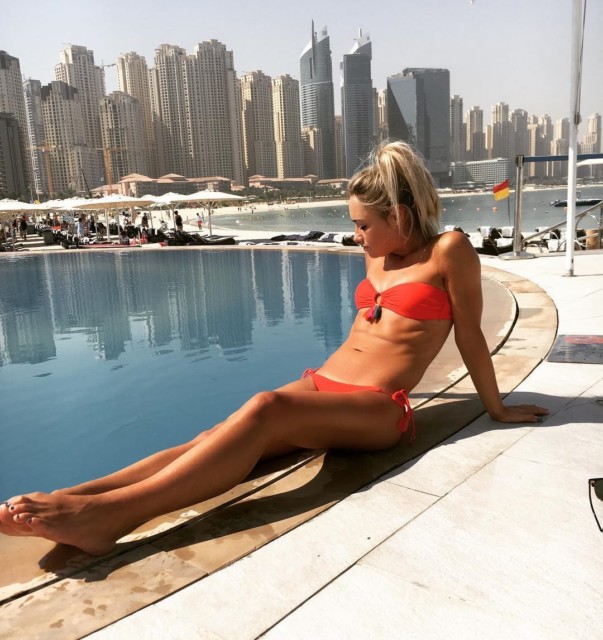 You can imagine it gets very competitive in the Warner househould.

David’s wife Candice, 36, was a sportsperson herself and is a retired ironwoman.

Since marrying the Aussie batsman in 2015, she has become a reality TV star in her homeland.

She was also caught on camera in the toilet of a Sydney hotel with ex-All Blacks rugby star Sonny Bill Williams in 2007. 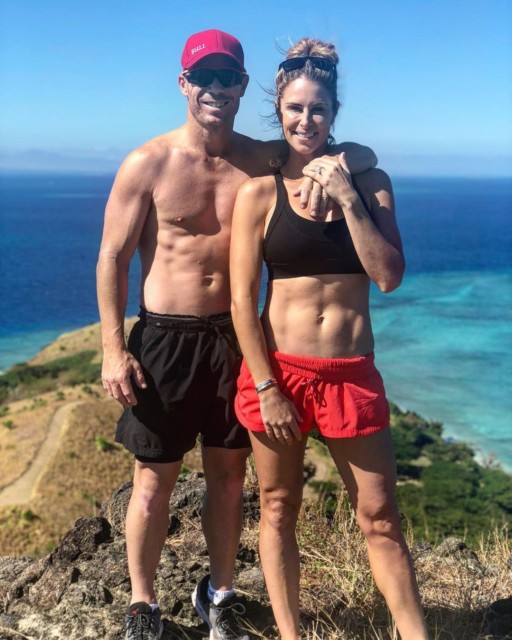 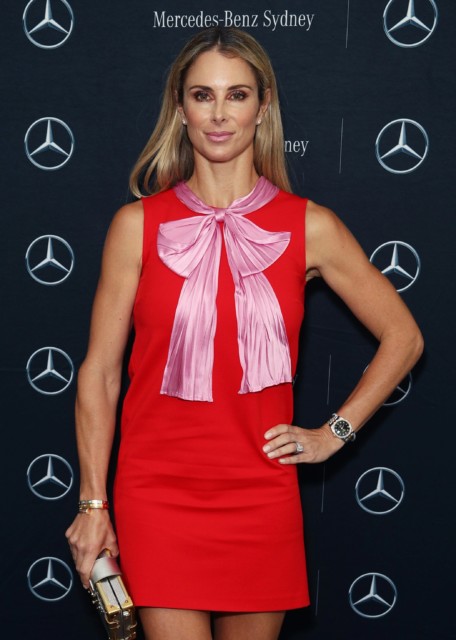 Before she met Warner, Candice was romantically linked to David Walliams

The 27-year-old blonde beauty has dated Travis Head since they met at high-school.

Back in March, the left-handed batting star finally a put a ring Jess’s finger with a romantic proposal on the beach.

She is the proud owner of J’aDore Home, a company that provides decor for homes and offices.

They recently splashed around £1.6million on a lavish home in Adelaide. 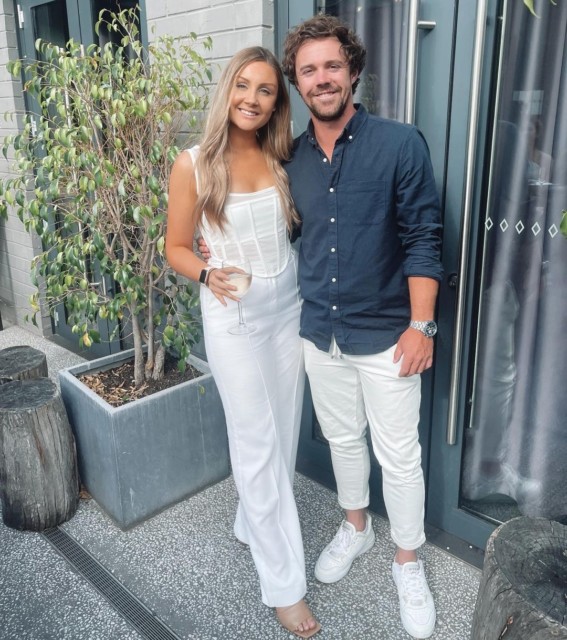 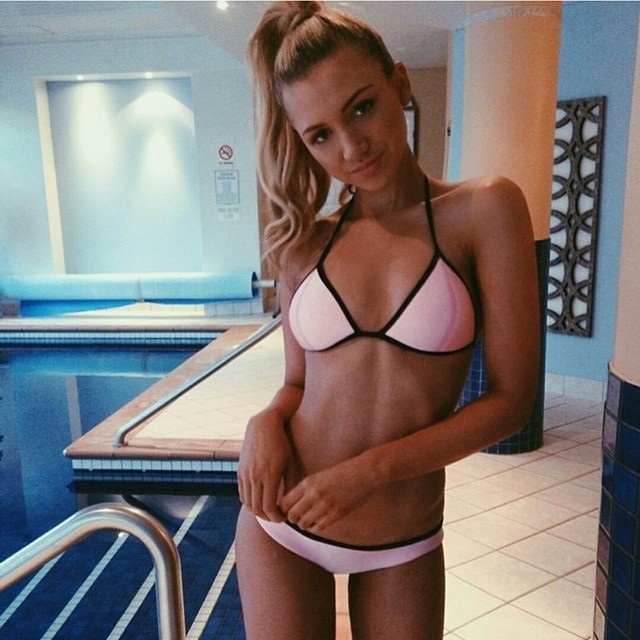 Jess Davies is a homewares entrepreneur

When you’re a top-class sportsman, it helps if you know a nutritionist.

Lucky for Cameron Green, his gorgeous missus Emily is a qualified one having completed a BSc course.

Her next plan is to complete her masters in Dietetics next year.

She was seen last year looking on in pride as Green received his Baggy Green Cap during day one of the Australia versus India First Test match. 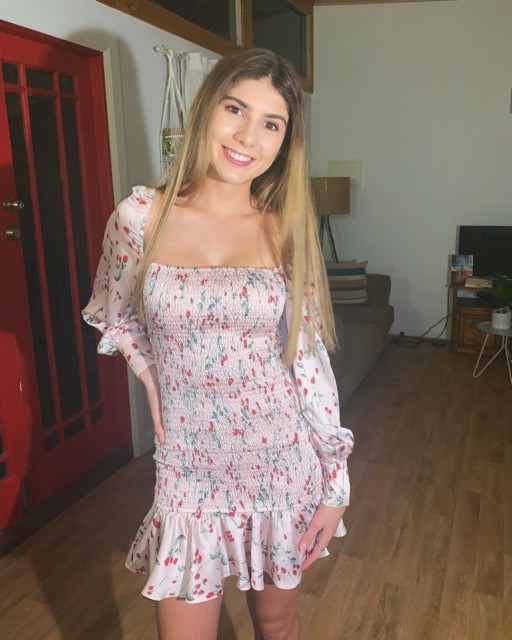 Emily Redwood is a nutritionist 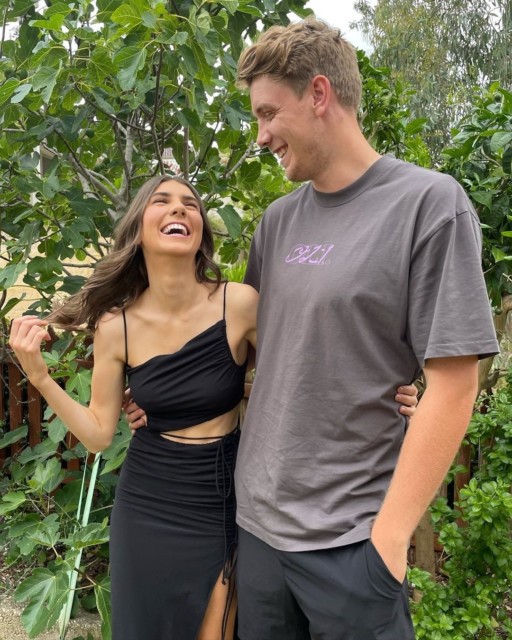 Aussie star Cameron Green can count on the support from Emily

Fast bowler Pat Cummins will be hoping to skittle England out and lead by example as Australia’s new captain.

But, he might face some grief from his fiancee if we’re successful. After all, she’s a Yorkshire lass.

Interior-designer Boston, 31, will have split loyalties in The Ashes, and she will be able to enjoy the coverage with their baby.

It was only in October that she gave birth to their boy, Albie. But will he be wearing an England baby grow? 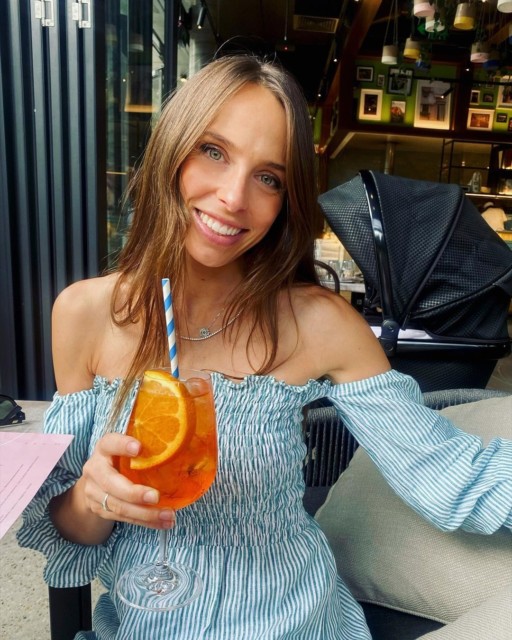 Becky Boston will have split loyalties because of her English roots 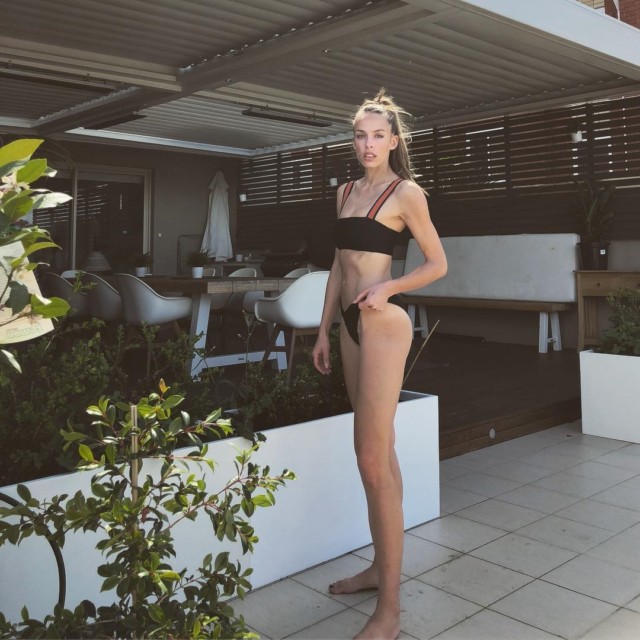