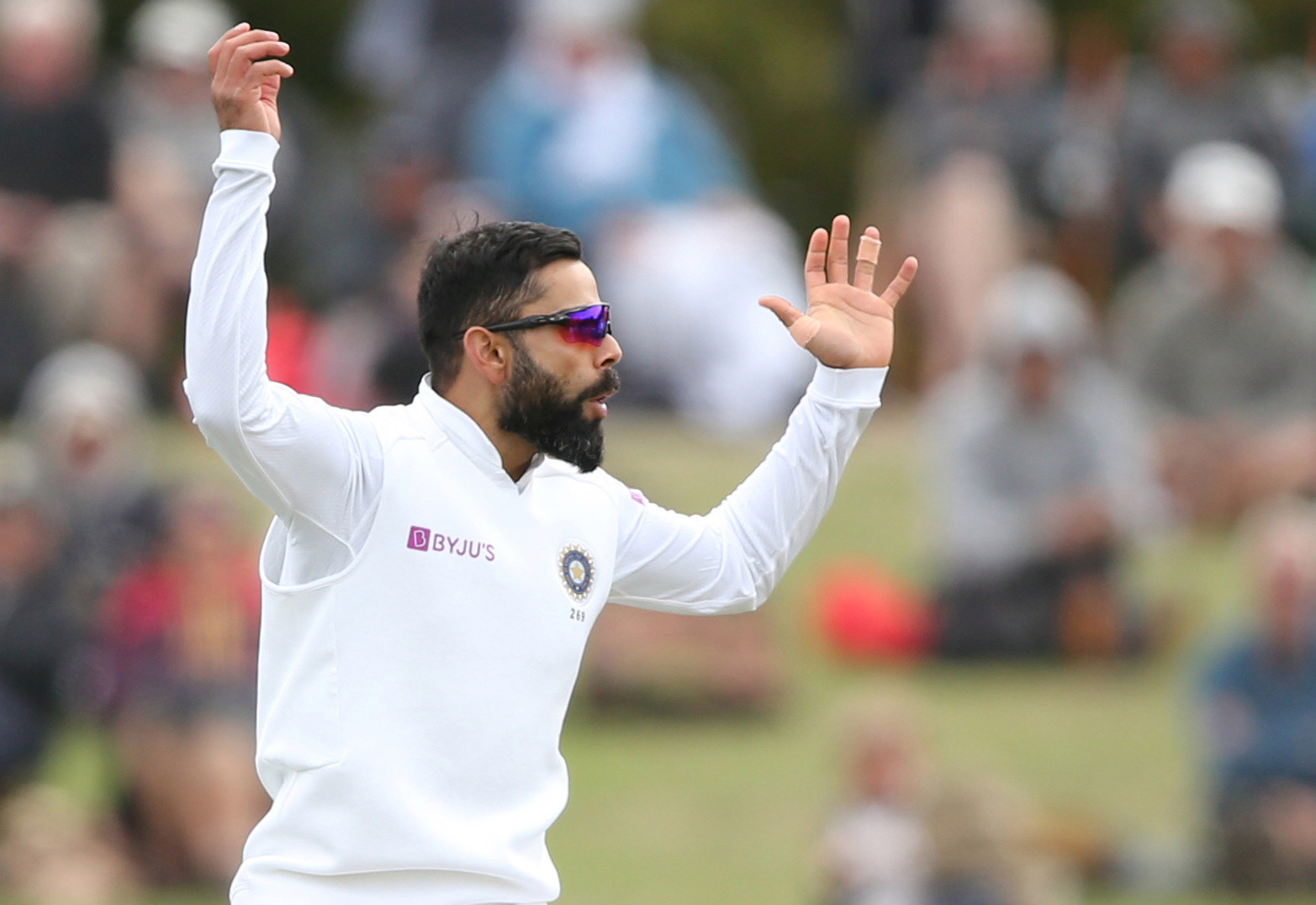 The India captain was alleged to have yelled a hindi swear-word in the direction of the Kiwis skipper on day three of the second Test.

And when quizzed about the incident at his press conference at the close of play, Kohli snapped at a journalist.

A reporter asked Kohli: “Virat, what’s your reaction to your behavior on the field, swearing at Williamson when he got out, swearing at the crowd. As an Indian captain, don’t you think you should set a better example on the field?

The India skipper hit back: “What do you think?”

When asked about his on-field behaviour, Virat Kohli gets tetchy at the post-series presser #NZvIND pic.twitter.com/vtGXm6Xe1A

The journalist then replied: “I asked you the question?”

Kohli responded: “I am asking you the answer.”

The exchange continued as the journalist said: “You need to set better examples.”

Kohli then snapped back: “You need to find out exactly what happened and come up with better questions.

“You can’t come here with half questions or half details of what happened. And also, if you want to create controversy, this is not the right place.

“I had spoken to the match referee. He had no issues with what happened. Thank You.”

India were thumped by seven wickets in the second Test and lost the Test series 2-0 in New Zealand.

After a promising start to the tour saw them win the T20 series 5-0, India were swept 3-0 in the one-day internationals then lost 2-0 in the longer format.