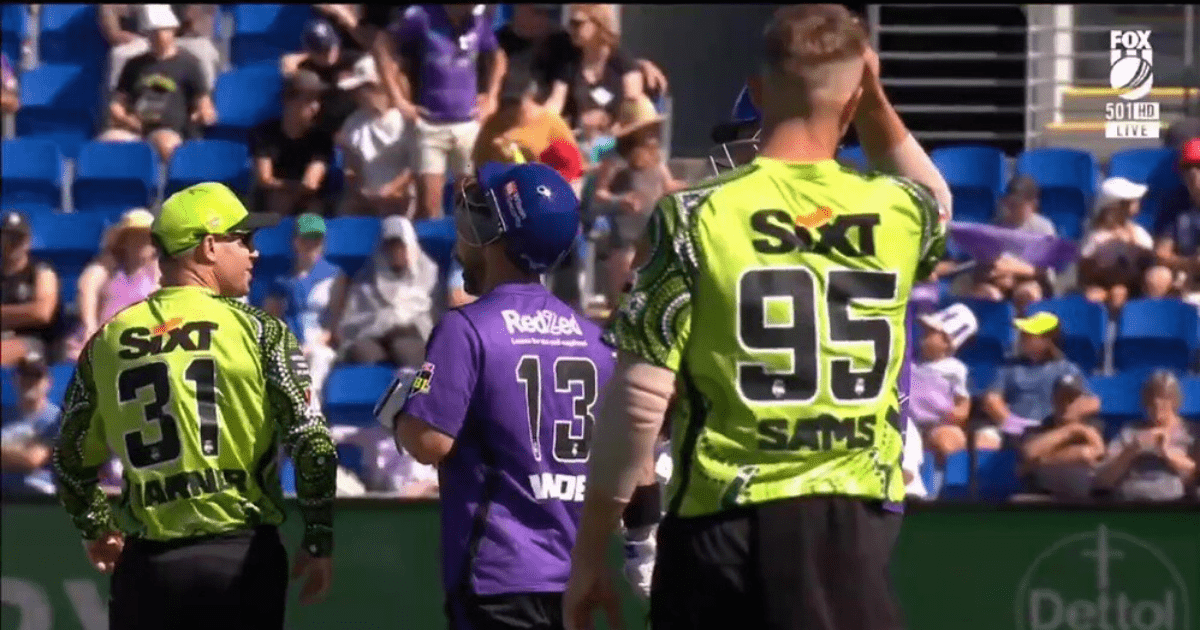 The incident occurred during the Big Bash League clash between Sydney Thunder and Hobart Hurricanes. 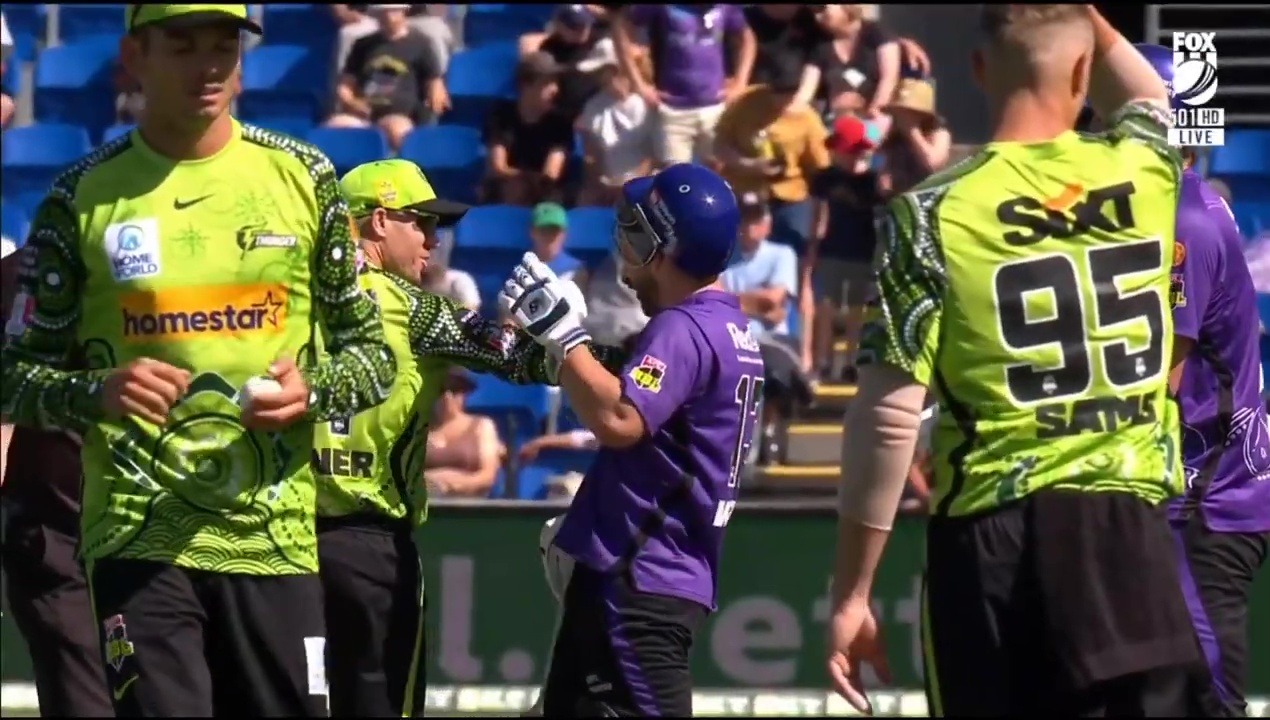 Warner then pushed Wade as tempers boiled over 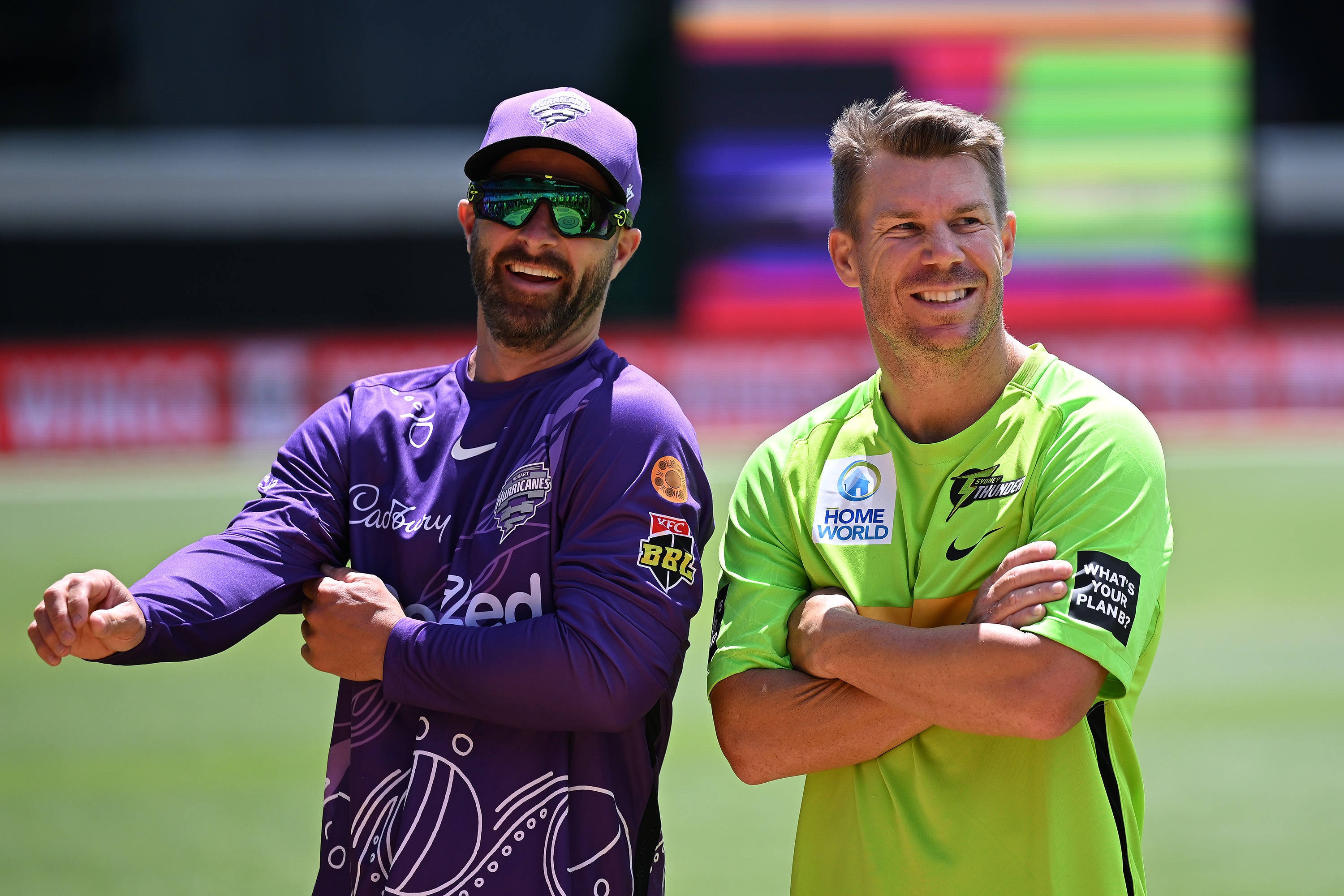 Wade, left, and Warner, right, have played together for Australia

The Hurricanes achieved victory as they chased down the 136-run target with 23 balls to spare and five wickets in hand at the Blundstone Arena, Australia.

But the match was overshadowed by a physical clash when halfway through the Hurricanes chase team captains Chris Green and Wade exchanged some words.

Green was said to be poking fun at Wade for almost being run out, with Wade refusing to take the jibe laying down.

As the players then returned to the middle, Warner got involved and was seen shoving Wade.

He said: “That was inappropriate. I don’t know what went on between that pair.

“Their history goes back a long way as buddies. It’s unsavoury. You can’t have contact like that.

“Whether they were half-joking, I don’t know. Their body language suggested not. There was an issue out there.”

After the game, Green and Wade insisted there was no lingering bitterness between them.

“We were both playing with a lot of emotion, trying to lead our respective teams.

“We had a chat after the game. We move forward. If we end up playing (again) I’m sure we’ll be as competitive as ever. If it happens again, great. If it doesn’t, it doesn’t.

“I walk away with no ill feeling.”

Wade later joked: “I couldn’t hit him, that was more my main frustration.”

The result saw the Hurricanes leapfrog Thunder into fifth in the table.