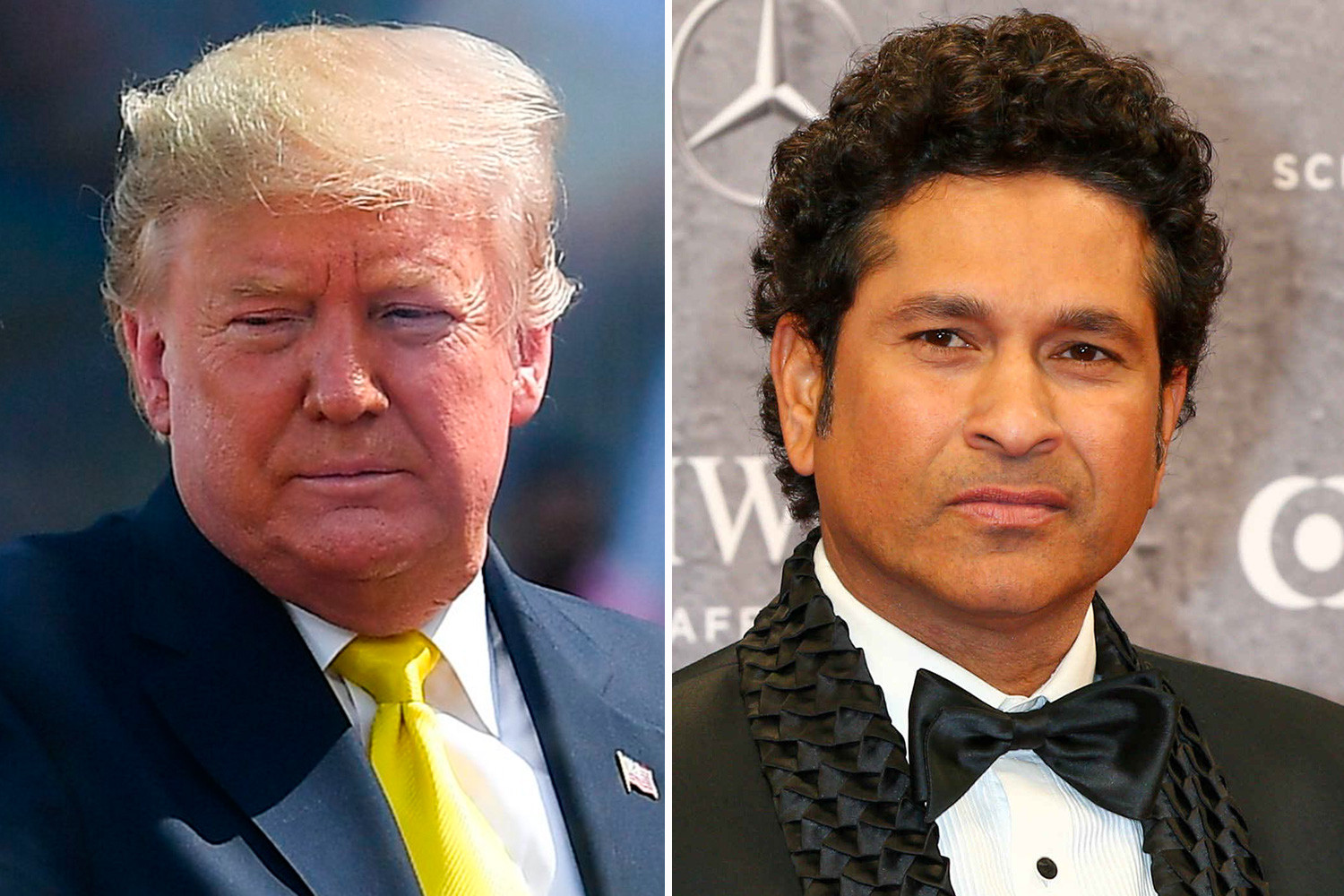 DONALD TRUMP is not one for mincing his words but he had a heck of a job trying to pronounce Sachin Tendulkar on his tour of India.

The US president was mocked online after struggling to say correctly the name of the country’s most famous sports star.

And announcing the name of national team captain Virat Kohli proved an equally big challenge during Trump’s address at a public rally.

With Indian prime minister Narendra Modi at his side, Trump said: “This is the country where your people cheer on some of the world’s greatest cricket players from Soo-chin Tendol-kerr to Virot Kohl-eee.”

Trump – who has invited Tyson Fury to the White House after his win over Deontay Wilder – was speaking at Sardar Patel Stadium during his 36-hour whirlwind visit.

And the huge 110,000-strong crowd seemed to lap up his words despite the clear mispronunciation.

His audience online was a little less forgiving though.

He's done a lot of terrible things, but I think Trump's pronunciation of Sachin Tendulkar is the worst thing he's done.

One person wrote: “Remember the fake names on Brian Lara cricket? This is how they would sound if you actually said them.”

Another joked: “Soo-chin is already the greatest Korean cricketer of all time.”

A fellow user posted: “Something about his pronunciation suggests he thinks he’s in China and not India.”

One comment read: “Donald Trump’s pronunciation of SACHIN TENDULKAR and VIRAT KOHLI is priceless, way out!”

Another said: “Alexa, show me Donald Trump not being able to read Sachin Tendulkar and Virat Kohli’s name from a teleprompter.”

And one user wrote: “Looooool this is 100% the first time Trump has ever released ‘Sachin Tendulkar’ from his mouth.”

The purpose of Trump’s visit is to deepen ties with India amid talk of a long-awaited trade deal being agreed between the two countries.

Tendulkar is regarded as one of, if not the best, batsmen in history and holds the record for the most career runs with 15,921.

He retired in 2013 and fellow countryman Kohli took his mantle as one of the best batsmen in addition to leading his country in all formats.