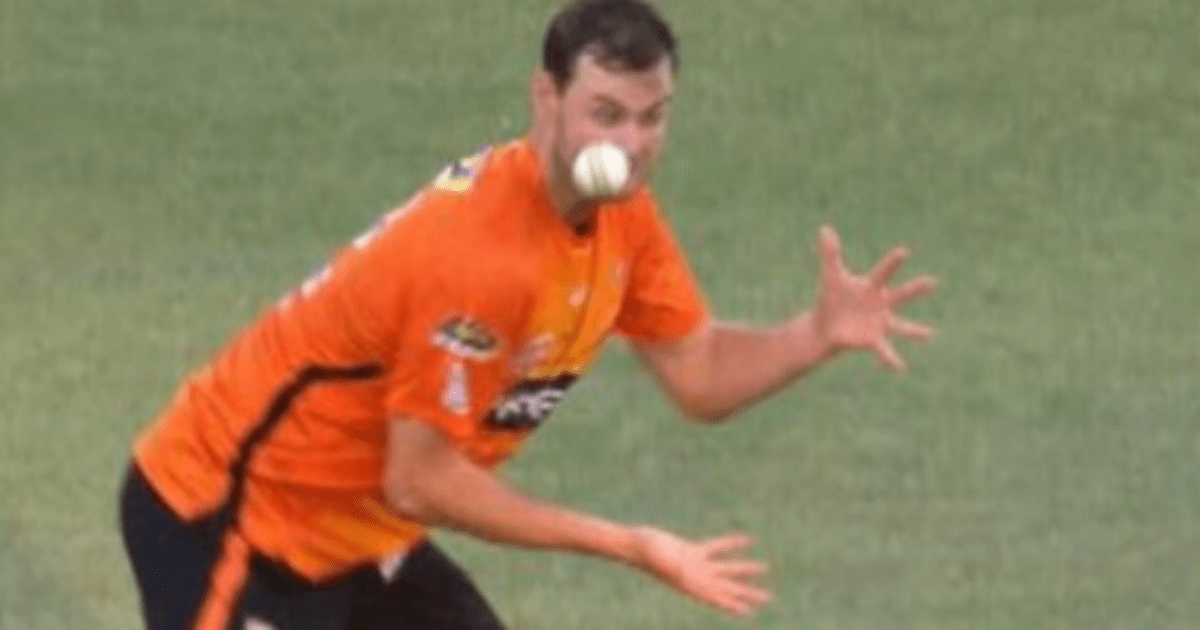 A BLOODIED Australian cricketer was floored in agony after being smashed in the face by a ball.

Matt Kelly was bowling for Perth Scorchers when he tried to run out Aaron Finch.

The Western Australia star immediately crashed to the floor 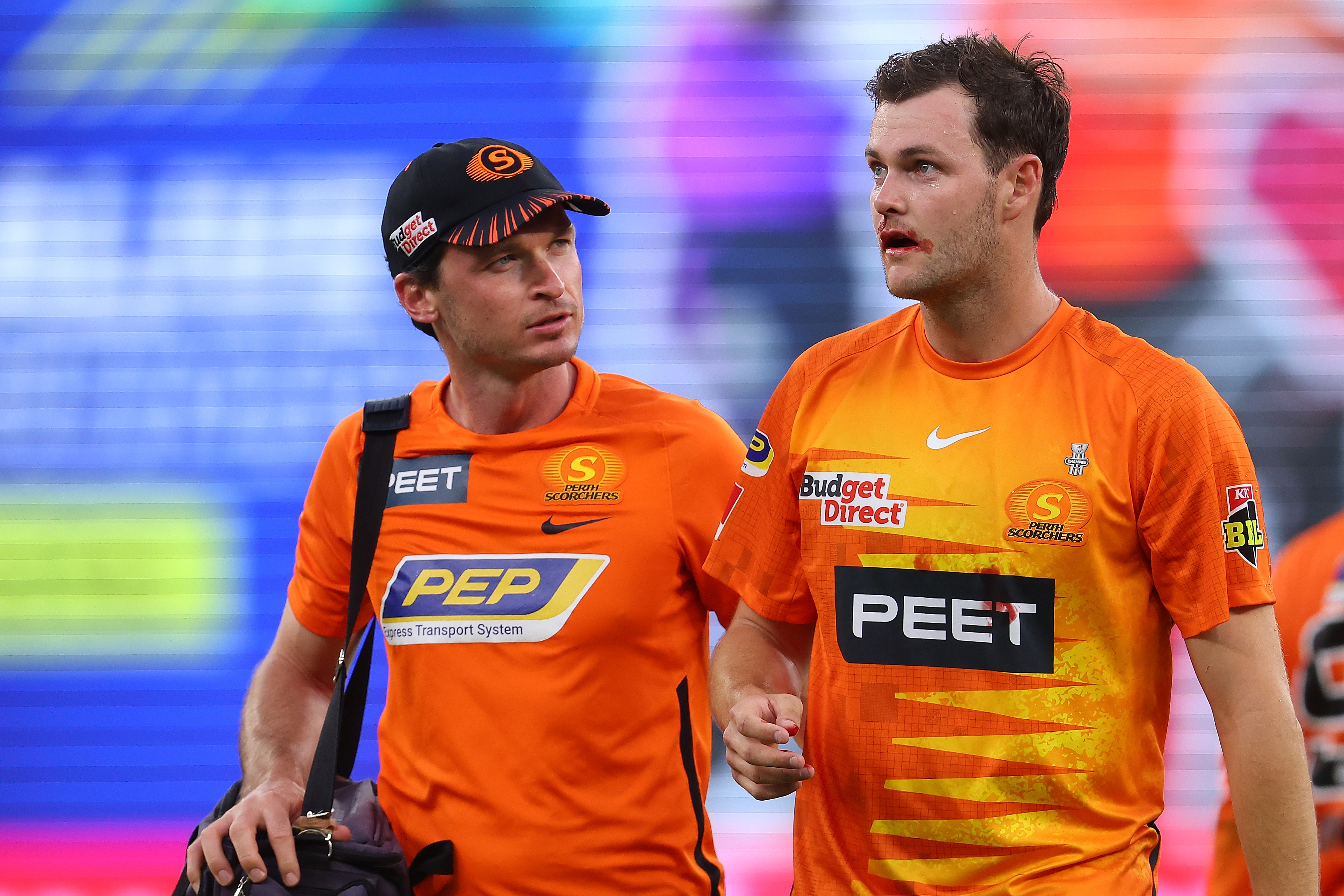 But as the ball was thrown to the non-striker’s end for Kelly to collect, it took a slight deflection off Finch’s bat who grounded it in the crease.

That diverted the ball from going into Kelly’s hands and instead crashed into his cheek.

The 28-year-old pace bowler immediately collapsed to the ground and held his head clearly in significant pain.

And then it became apparent Kelly was bleeding from his mouth and a cut on his jaw.

Medics rushed on to treat the Western Australia star, who spent last season playing cricket for Northamptonshire in the County Championship.

However, despite getting back to his feet and walking unaided, Kelly was not able to continue and was subbed off with a concussion.

Perth went on to win the match and secured their spot at the top of the Big Bash League.

They will face Sydney Sixers next week for a place in the grand final but Kelly’s involvement is uncertain – although his coach Adam Voges confirmed he was walking around and feeling a bit better after the match.

Australian T20 captain Finch was among those to send well wishes to the stricken Scorchers man.

Finch said: “It was a freak accident, one of those things.

“I feel shocking for it. You don’t want to see anyone hurt.”

One Twitter wrote: “Glad to see Matt Kelly is okay, that was scary for a second.”

Another added: “Glad Matt Kelly’s up and away without too much issue after that, not fun to have a cricket ball to the face at any point (or have the stadium DJ carrying on merrily as if there wasn’t blood pouring out of said face either, I imagine).”

And a third commented: “Hopefully Matt Kelly will be ok, that looks nasty.” 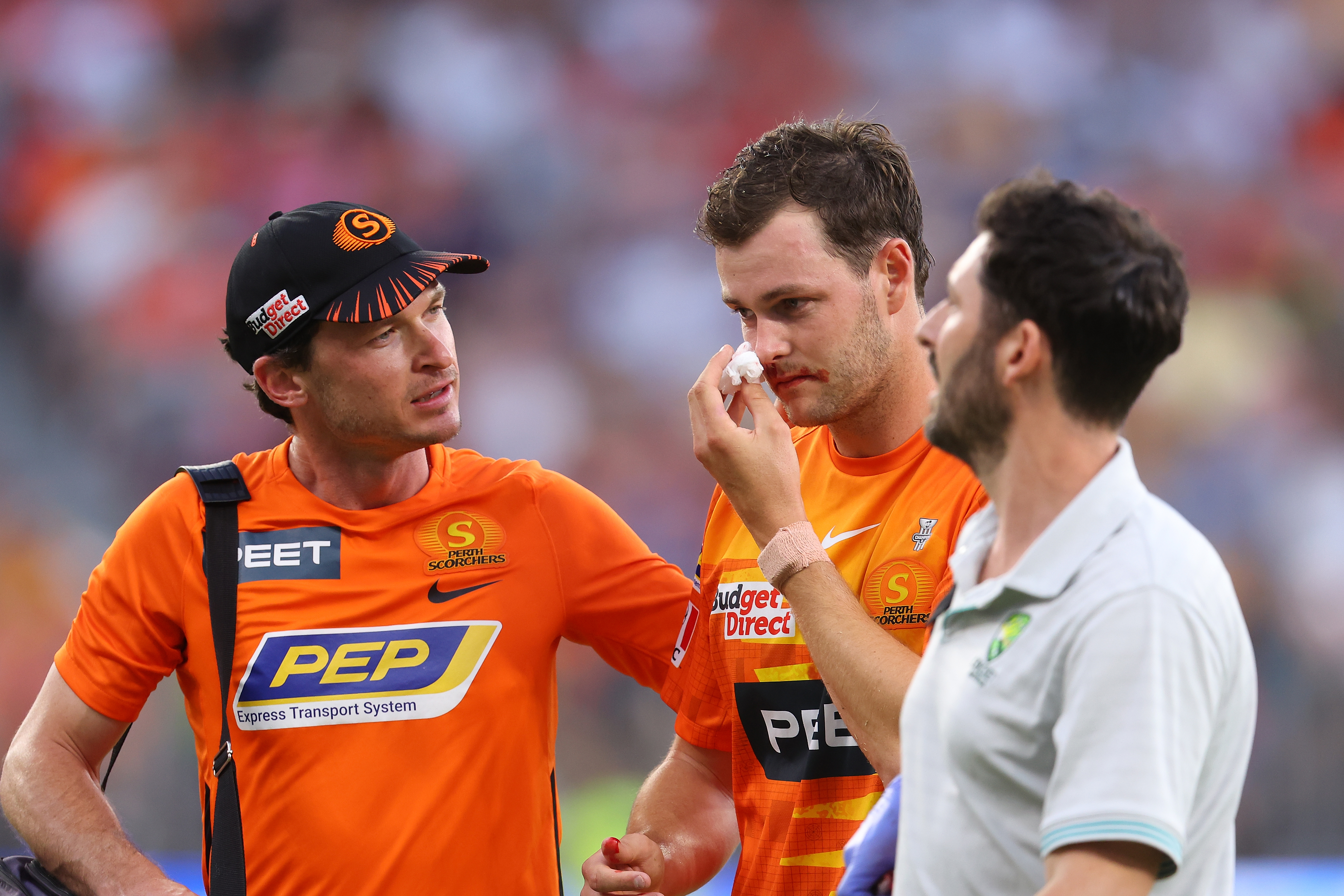 The bowler was clearly shaken up by the incident 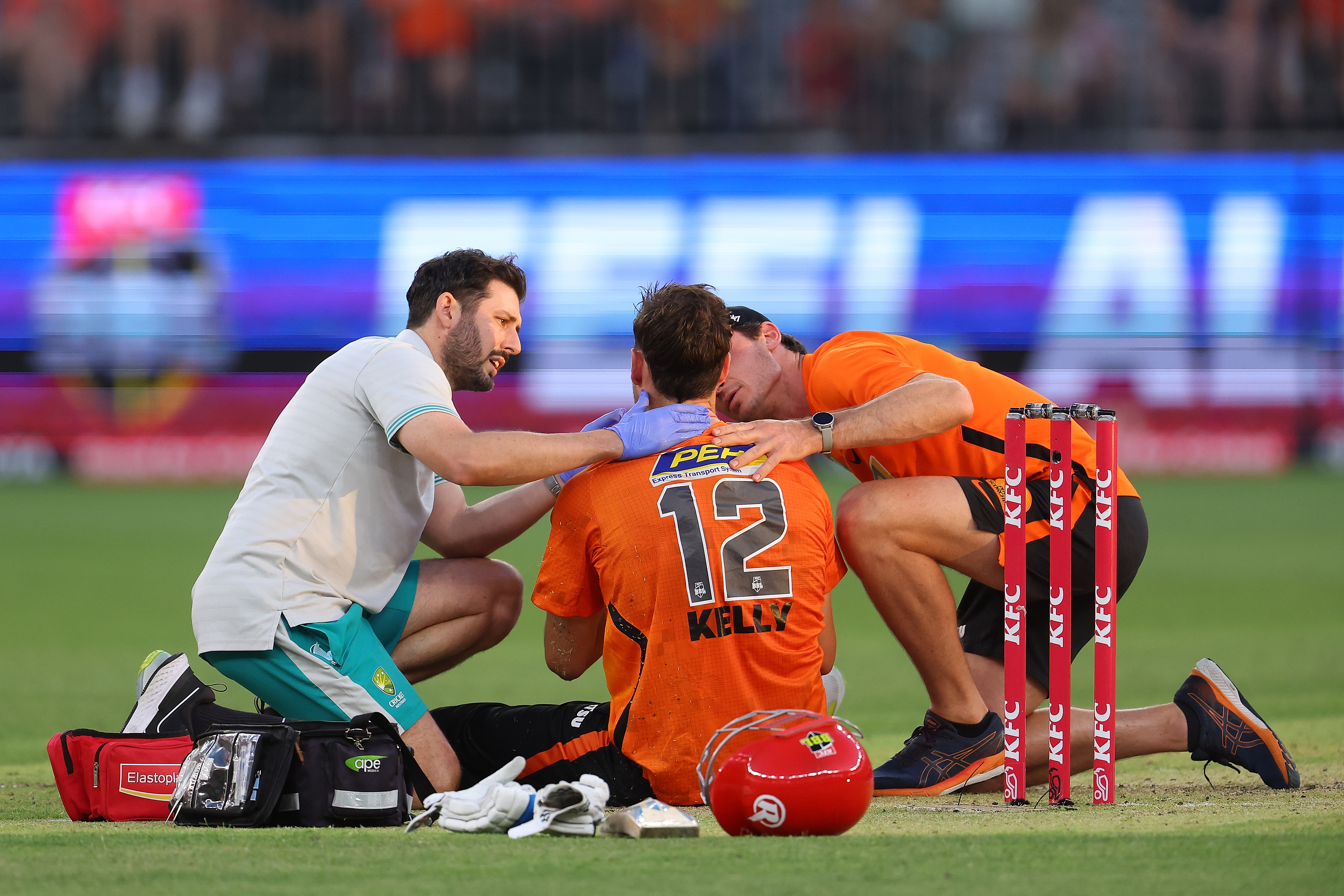 He received medical treatment but had to be substituted off