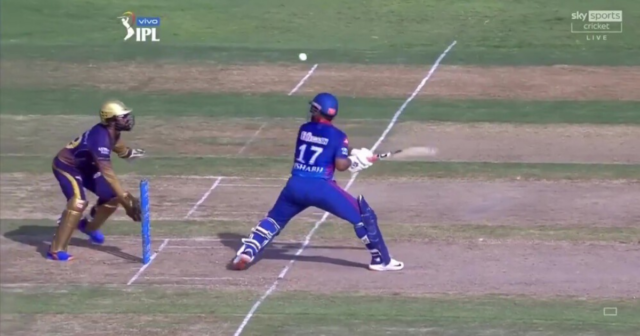 Karthik, 36, was behind the stumps as wicketkeeper for Kolkata Knight Riders for their match against Delhi Capitals on Tuesday. 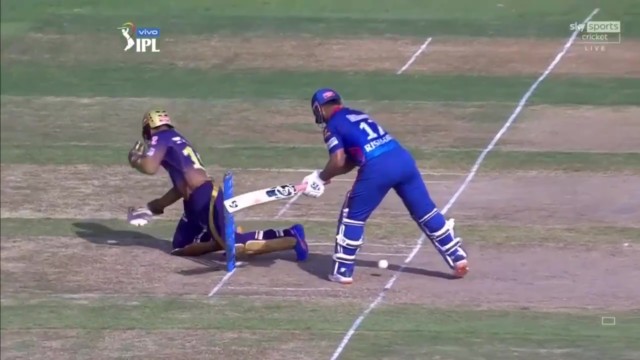 Dinesh Karthik takes evasive action as Rishabh Pant, fearing the ball will drop onto his stumps, swings his bat close to the wicketkeeper!

But he came close to requiring medical attention in bizarre fashion.

In the 17th over of the match, bowler Varun Chakravarthy produced a wicked delivery.

Captain Pant, 23, tried to take on the big sweep.

But he could only get a bottom edge on the ball, sending it straight down into the pitch before it bounced back up.

Worried the ball might loop back down on to his stumps and knock off the bails, Pant took another huge swipe at the ball to clear the danger.

But he had not seen Karthik coming forward to collect the dropping ball.

And Pant’s flailing cricket bat was millimetres from crashing into Karthik’s gold helmet.

The wicketkeeper – who commentated for Sky during India’s tour to England this summer – displayed lightning-quick reactions to dodge out of the way, taking evasive action by falling to the ground unscathed.

Pant, currently India’s first-choice wicketkeeper, saw the funny side as he apologised but veteran Karthik was certainly less amused.

Pant was eventually run out by a sub for 39 off 36 balls as the Capitals reached 127-9 from their 20 overs in the IPL showdown.

Australian icon Steve Smith top-scored with 39 before the Knight Rider attempted to chase down the total. 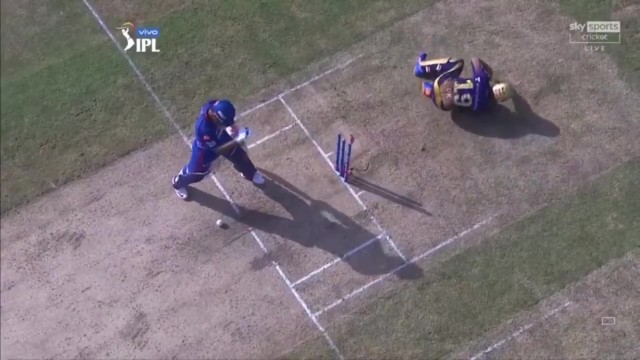 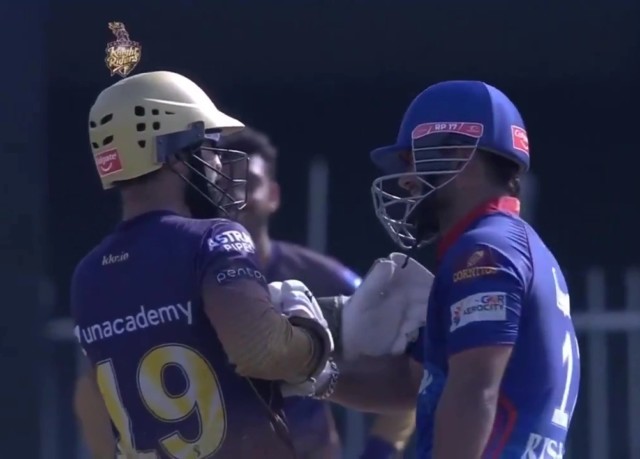 Pant quickly apologised to his fellow wicketkeeper while having a chuckle 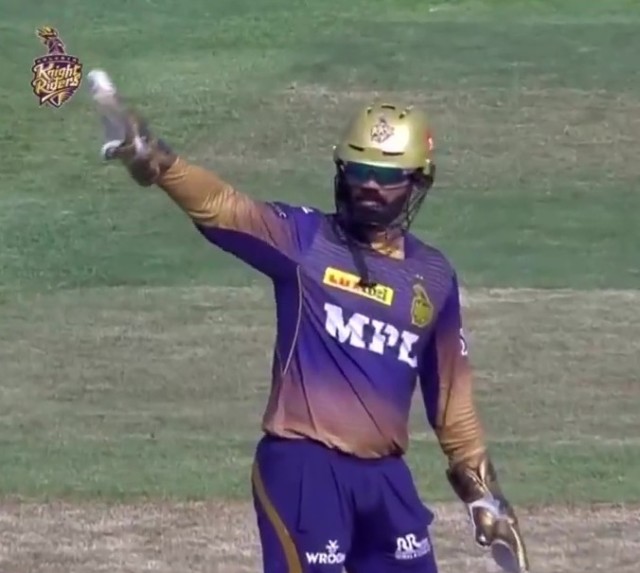