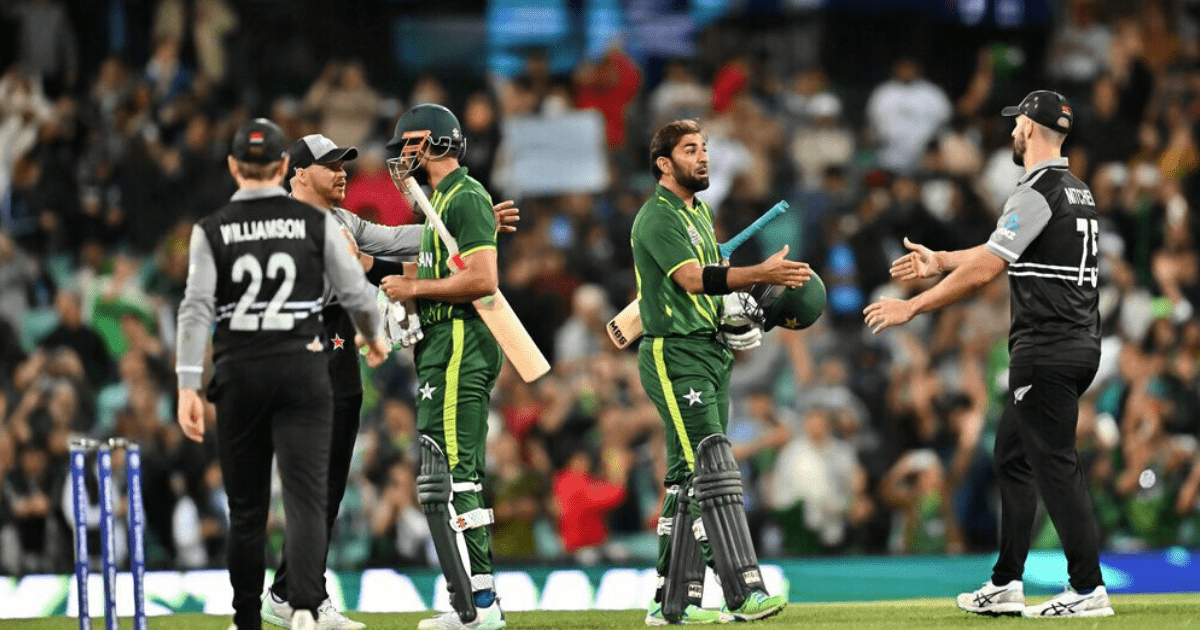 PAKISTAN’S cricket pundits were so overjoyed by their win over New Zealand in the T20 World Cup semi-final they turned the TV studio into a dancefloor.

The Shaheens progressed to the final after chasing down a target of 153. 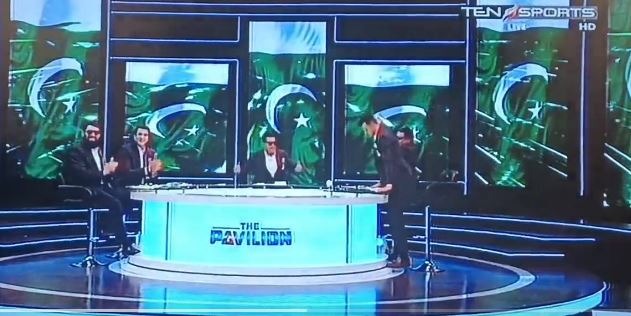 The TV hosts and pundits on Ten Sports, which is based in Karachi, were jubilant after the winning runs were hit and were seen busting out some impressive moves in their studio.

New Zealand batted first and set a competitive total as Pakistan were only able to take four wickets in the innings.

Daryl Mitchell went well with the bat as he top-scored for his side with 53 not out off of 35 balls, Kane Williamson also batted well with an impressive 46 off 42 balls.

However, the total was chased down by Pakistan’s top order as openers Babar Azam and Mohammad Rizwan roared back into form combining in a century stand to put the 2009 champions into the final.

Both of them scored half-centuries in rapid time as Babar only needed 38 balls and Rizwan went even quicker needing only 36 deliveries.

Babar said after their victory: “Such up and down in form is part and parcel of the game, every player goes through such phases.

“I could not perform well in the first three matches but it could not shake my belief in myself. My team-mates also kept their faith in me.”

Rizwan was caught in the deep after making 57 having put Pakistan on the brink of their victory.

“When you perform, it’s very satisfying and I try to perform every time I go out.

“Today both Rizwan and I decided to attack in the powerplay… it gave us momentum which we didn’t drop.”

The win means that Pakistan will face either England or India in the final which is set to be held at Australia’s MCG stadium on Sunday.

Captain Jos Buttler’s side take on India tomorrow at the Adelaide Oval at 8 am in the morning UK time.

In this article:newzealand, onair, watchtv