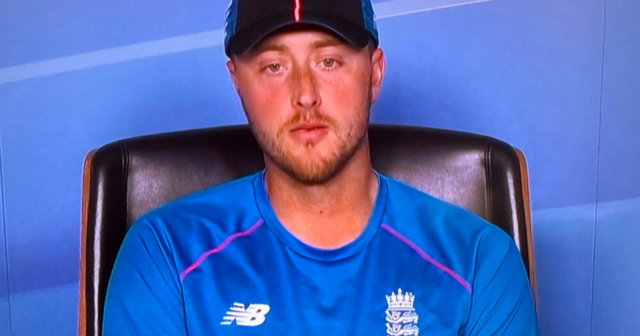 ENGLAND cricketer Ollie Robinson is BACK in the England test squad after being handed an eight-game ban following historical racist and sexist tweets that emerged during his Test debut.

The 27-year-old was suspended from England’s second Test against New Zealand in June after the tweets emerged during his first international at Lord’s.

Sussex all-rounder Robinson has been named in a 17-man squad for the first two Tests against India.

There were also sexist comments about “females who play video games actually tend to have more sex”.

The discovery of the vile tweets marred his England debut.

On the field, Robinson impressed with two of the three wickets as New Zealand reached 246-3 by the close of day one of the First Test at Lord’s. Kiwi debutant Devon Conway finished 136 not out.

The historical tweets could not have been more embarrassing for England because they were discovered on a day when before play the players had a “moment of unity”.

This involved wearing T-shirts standing against all forms of discrimination, including racism and sexism.

Robinson was forced to apologise after the tweets emerged on what should have been the proudest day of his career.

He said he did not realise the posts were still on his timeline, but insisted he is not “racist or sexist”.

“I was thoughtless and irresponsible and, regardless of my state of mind at the time, my actions were inexcusable. Since that period, I have matured as a person and fully regret the tweets.

“Today should be about my efforts on the field and the pride of making my Test debut for England but my thoughtless behaviour in the past has tarnished this.

“Over the past few years, I have worked hard to turn my life around. I have considerably matured as an adult. 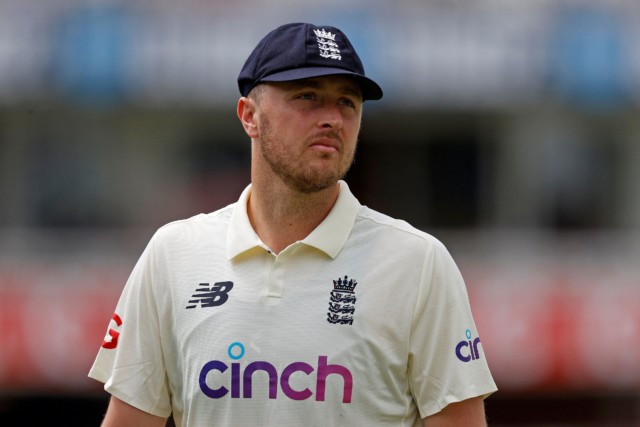 “The work and education I have gained personally from the PCA, my county Sussex and the England cricket team have helped me to come to terms and gain a deep understanding of being a responsible professional cricketer.

“I would like to unreservedly apologise to anyone I have offended, my team-mates and the game as a whole in what has been a day of action and awareness in combatting discrimination from our sport.

“I don’t want something that happened eight years ago to diminish the efforts of my team-mates and the ECB as they continue to build meaningful action with their comprehensive initiatives and efforts, which I fully endorse and support.

“I will continue to educate myself, look for advice and work with the support network that is available to me to learn more about getting better in this area. I am sorry and I have certainly learned my lesson today.”

His eight-game ban was confirmed by the Cricket Discipline Commission, who also fined him £3200. 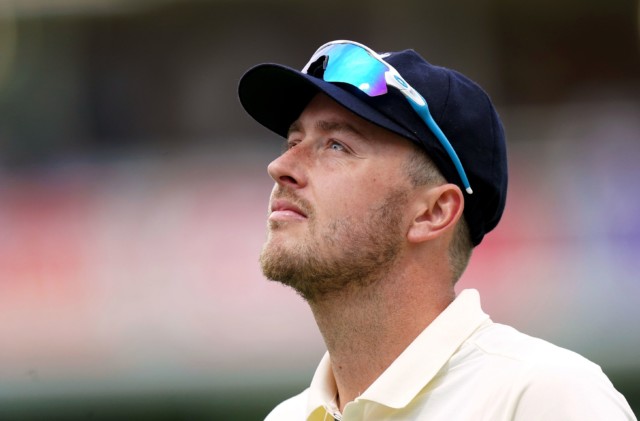 Ollie Robinson, 27, has been disciplined

Robinson says he fully accepts his punishment and hopes to come back to cricket as a role model.

He said: “I fully accept the CDC’s decision. As I have said previously, I am incredibly embarrassed and ashamed about the tweets I posted many years ago and apologise unreservedly for their contents.

“I am deeply sorry for the hurt I caused to anyone who read those tweets and in particular to those people to whom the messages caused offence. This has been the most difficult time in my professional career for both my family and myself.

“Whilst I want to move on, I do want to use my experience to help others in the future through working with [players’ body] the PCA.”

And England captain Joe Root insisted Robinson has learned a “very hard lesson” and promised England will continue to try to make cricket as inclusive as possible.

He said: “Ollie has learned a very hard lesson. He’s fronted up to the outside world and fronted up to us as a dressing-room. He has a lot of remorse that you can tell is genuine and dealt with a huge array of emotions.

“As a squad, we have to keep looking to be better and make the game as inclusive and diverse as possible.

“This team is committed to doing that. We’re not saying we’re perfect but there are areas we want to learn about and hopefully we can make a real difference.

“On the field, Ollie had an exceptional debut. He’s contributed well with the bat, his performances with the ball have been excellent. He showed high levels of skill and definitely has the game that can be successful in Test cricket.

“But the stuff that happened off the field is not acceptable within our game. We have to try to better the environment and make everyone feel comfortable to play a wonderful sport.

“I couldn’t believe the tweets but the most important thing is Ollie is part of this dressing-room and we had to support him. We had to give him an opportunity to learn and understand he has to do better.”

Did you miss our previous article…
https://www.sportingexcitement.com/cricket/watch-london-spirits-alice-monaghan-celebrate-her-graduation-during-a-hundred-victory-at-lords