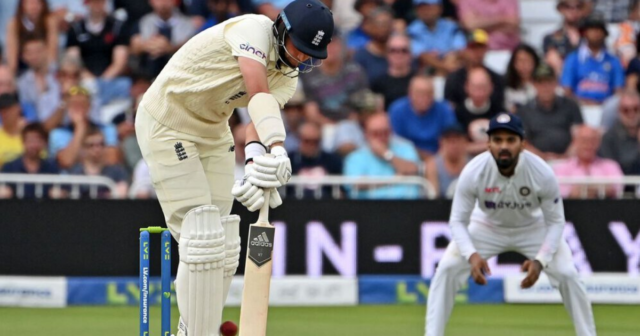 JOE ROOT is taking his side Down Under this winter for a crucial Ashes tour of Australia.

England are hoping to win back the Urn after the Aussies retained them following an exciting series in 2019.

For people new to cricket, some of the terms such as LBW can be a bit confusing

But if you’re new to cricket, some of the terminology can be a bit confusing at first.

One of the most common things you’ll hear in cricket commentary is the term ‘LBW’.

A batsman can be giving out LBW – which stands for ‘leg before wicket’ – from any legal delivery in the innings.

In simple terms, a batsman is out LBW when all these criteria happen at once:

If a player has missed the ball and the umpire decides it was going to hit the stumps, he’s likely to be on his way back to the pavilion

A batsman can NOT be given out if any one of these criteria has not been met.

So if there is an edge from the bat onto the pad first, LBW can’t be given by the umpire.

Of course, there is no way of knowing in real time whether the ball would definitely go on to hit the stumps as it’s been blocked by the pads – but that is where umpires come in.

How does Umpire’s Call work?

When a fielding team believe they have an LBW wicket, they are required to ‘appeal’ to the umpire for his decision.

The umpire must decide if the criteria above have all been met and make his/her decision accordingly.

In recent years, the Decision Review System (DRS) has entered the game and allows teams to review a decision they believe the umpire has got wrong.

Technology is then used to see if the LBW criteria have been met. 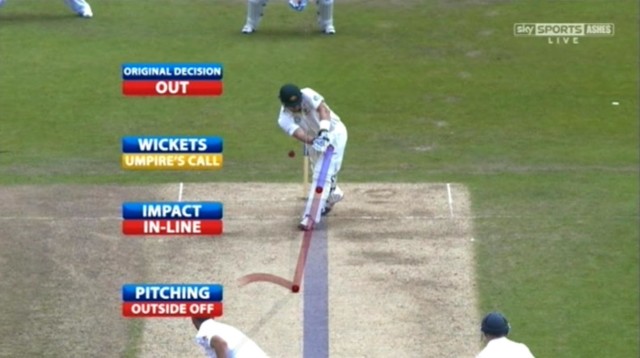 The HawkEye system will assess where the ball pitched, if the impact was in-line with the stumps and whether it was hitting the wickets

The third umpire in the stands will assess if the ball has hit the bat using a ‘Snickometer’ sound measurement, then use HawkEye to see if it would have gone on to hit the stumps.

HawkEye is a ball-tracking system which models the flight of the ball and predicts it’s path if the batsman wasn’t there – but it does have a small margin of error.

As a result, very tight calls use what is called Umpire’s Call.

For example, if less than half of the ball is deemed to be hitting the outside of either leg or off stump on the review, it will be deemed as Umpire’s Call.

This means that the decision made by the on-field umpire will stand regardless of the other criteria being met for an LBW call.