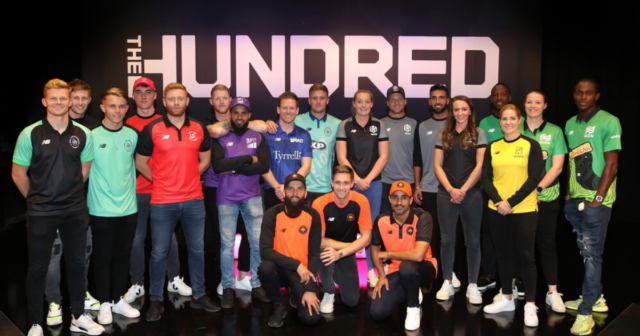 THE HUNDRED is about to get underway with divisions deeper now than when the tournament format was revealed in 2018.

Opponents insist it is a huge risk, an unnecessary gimmick played by made-up teams that could destroy county cricket and undermined by a catastrophic early PR campaign, the withdrawal of most overseas stars and Covid.

After a delay of a year, The Hundred is getting underway

Take your pick. The positions are entrenched. As normal, there is truth and flaws in both arguments.

Certainly, the commitment to women’s cricket is illustrated by thecurtain-raiser being a stand-alone women’s match between Oval Invincibles and Manchester Originals on Wednesday, July 21.

The men’s game between the same teams takes place a day later. After that, women’s and men’s matches are double-headers.

The genesis of the competition was research that insisted most people think cricket is too complicated, too long and too inaccessible.

So an entirely new format was invented, with shorter matches finishing by 9pm.

The Hundred is meant to be easier to understand and one essential was a partial return to terrestrial TV with cricket behind a paywall for the past 15 years.

The Beeb are plugging and promoting their coverage and a glitzy promo was shown at half-time during the Euros final.

Posters are popping up everywhere – in my local gym in Surrey, for example – and Eoin Morgan and Joe Root are very publicly backing it.

“It’s a really cool, new environment. Some players are going to make a big name for themselves.

“Hopefully, we become one of the most popular teams by playing exciting cricket and winning.

“Having games on free-to-air is massive – the more accessible, the better.

“The 2005 Ashes were huge on free-to-air so why can’t the same thing happen and open a new audience?”

With the exodus of overseas big names – due to Covid, international commitments and the Hundred paying modest money compared, say, to the IPL – the big stars will be from England.

But Test players such as Root, Jos Buttler and Ben Stokes will feature only briefly before the Test series against India.

The cricket is likely to be fun, crowds decent (although many tickets have been given away) and TV audiences respectable – it has a prime BBC2 slot from 6-9.30pm.

The biggest worry is the potential collateral damage.

The county 50-over competition – remember, England are world champions in the format – is being played at the same time with some counties losing eight or more players to the Hundred. Resources and budgets will be stretched.

And the money-spinning T20 Blast – a financial lifeline for many counties – could be cannibalised by the Hundred.

Why does The Hundred have different teams to county cricket?

The Hundred is looking to attract new fans to cricket and ECB research showed that two and a half times more people questioned identify with a city rather than a county.

The blurb on the website labels the tournament: “Seven cities, eight teams, 100 balls.”

It is also likely that the ECB would have taken note of the success of the IPL, where the Indian Cricket Board (BCCI) opted for city-based franchises for their limited overs tournament over the existing county sides.

Who are the teams and their stars?

What are the rules?

Their coverage is hosted by Isa Guha with the likes of Michael Vaughan and James Anderson.

Sky will show every men’s match live with Andrew Flintoff, Kevin Pietersen and Stuart Broad added to their normal team.

All women’s matches will be on Sky’s free YouTube channel.

What are the salaries?

What music is being played?

There will be a DJ at every game with rap stars playing live. The target audience for the music is young.  Don’t expect to hear Sweet Caroline.