Why isn’t Ben Stokes playing for England in the T20 World Cup and when will he return?
Advertisement 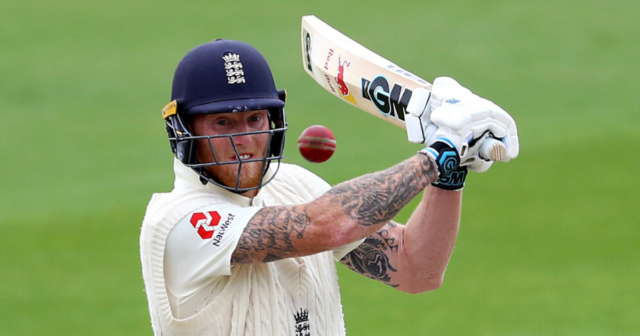 ENGLAND head to the United Arab Emirates for the T20 World Cup, but they’ll be without the man who inspired their 2019 Cricket World Cup win.

Ben Stokes almost single-handedly got England over the line in their Super Over victory at Lords two years ago.

Ben Stokes will not be playing in the T20 World Cup

But he is currently not involved with England and has not been named in the squad for the big tournament.

Why isn’t Ben Stokes playing for England in the T20 World Cup?

Ben Stokes announced in July that he would take an indefinite break from cricket in order to focus on his mental health and rest his injured finger.

England director of cricket Ashley Giles said: “Ben has shown tremendous courage to open up about his feelings and wellbeing.

“Our primary focus has always been, and will continue to be, the mental health and welfare of all our people.

“The demands on our athletes to prepare and play elite sport are relentless in a typical environment but the pandemic has compounded this.

“Spending significant amounts of time away from family, with minimal freedoms, is extremely challenging.

“The cumulative effect of operating almost continuously in these environments over the past 16 months has had a major impact on everyone’s wellbeing.

“Ben will be given as long as he needs, and we look forward to seeing him playing cricket for England in the future.”

In August 2020, Stokes travelled back to New Zealand to be with his dad Jed, who passed away with brain cancer in December that year.

When will Ben Stokes return?

Ben Stokes is out of the England squad for the T20 World Cup and has not been selected for the Ashes either.

The ECB have agreed in principle to take part in the series Down Under but there appear to still be a number of hurdles to go through.

As things stand, the England team face a quarantine period upon entering the country and could even have to quarantine when travelling between states, as some Aussie Olympians had to do.

There are particular concerns among the ECB that the 5th Test in Perth, Western Australia will not go ahead at all.

Given the punishing winter schedule, it is therefore felt more likely that Stokes will make his return in the 2022 tour of the West Indies.