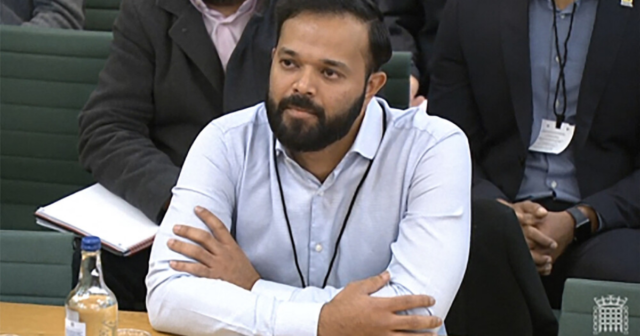 Footage of the 2012 incident at Chelmsford surfaced after Rafiq, 30, revealed the full horror of his “inhuman” treatment at Yorkshire.

Former Yorkshire cricketer Azeem Rafiq has opened up on the horrific racism he suffered during his time at the club
Footage has emerged online of Rafiq being drenched by beer, despite his strict Muslim beliefs

A clip of Rafiq being interviewed after a promotion-clinching performance against Essex shows the all-rounder nervously looking off-camera before asking if the interviewer can move.

But moments later former England opener Adam Lyth runs up from behind and pours lager over Rafiq’s head.

England skipper Joe Root and bowler Steven Patterson also spray lager at each other next to Rafiq while part of a five-man post-match photo, as Yorkshire celebrated reaching the County Championship first division.

Rafiq had just bowled Yorkshire to a 239-run win with a second innings five-for.

He scored 53 and an unbeaten 75 with the bat, also taking eight wickets.

The video was filmed by James Buttler, who worked for Yorkshire at the time and later helped Rafiq expose racism at the heart of the club.

Buttler said: “I had recorded interviews with jubilant players and rolled them into a package, which is still on YouTube.

“The players were in high spirits and a feature of the chats on camera was a player coming up behind the interviewee and pouring beer over their heads.

“When I interviewed Azeem he told me he wanted to avoid that, but a player ran up behind him and poured beer over his head.

“I included that in the final cut and didn’t think about it again. I’ve since apologised to Azeem for my part in that.

“It never registered in my head at the time that he was a Muslim and therefore that was completely wrong. I’m not proud of that. 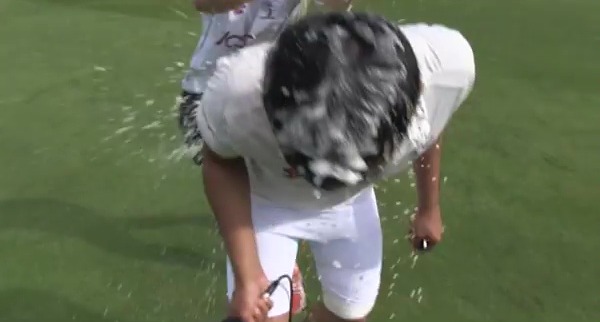 “Getting caught up in the moment is no excuse. Neither is it for the players concerned.

“Nobody has ever questioned that video but I know Azeem remembers it and that is the point of all of this.

“A lot of that video stems from an inner desire to fit in.”