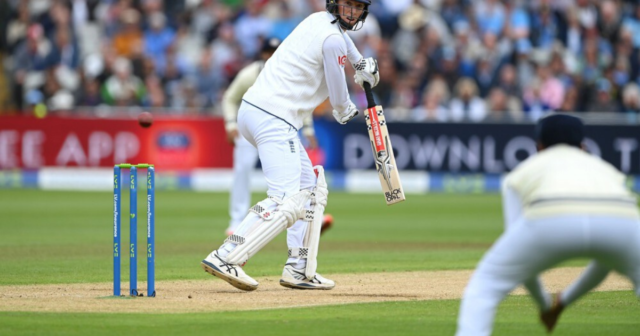 Opener Crawley was out for nine and has reached double figures just three times in his last 11 Test innings.

The 24-year-old batsman looks short of confidence with a technique that is being ruthlessly unpicked by some of the world’s best bowlers.

With Alex Lees, Ollie Pope and Joe Root not contributing much and England enduring a miserable first session with the ball — including Stuart Broad conceding an all-time Test record of 35 runs in a single over — Ben Stokes’ team are in deep trouble.

By the close of a heavily rain-affected day two of the Fifth Test, England had reached 84-5 in response to India’s 416 all out.

Even the new-look, super-positive England will struggle to blast their way out of this hole against a probing attack. 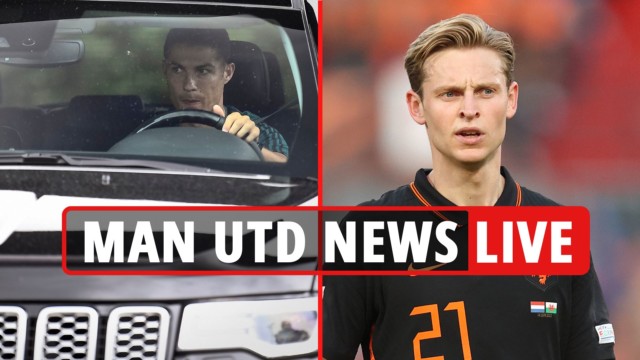 Crawley was out in his usual manner — caught in the slips attempting an ambitious drive. We can copy and paste that dismissal virtually every time he bats.

Captain Stokes and head coach Brendon McCullum said before the match that Crawley will continue to play “regardless” of how many runs he scores.

They reckon his attacking approach fits with the team ethos and that he is a streak batter who will play the occasional innings of brilliance between failures.

The first three of England five wickets fell to Jasprit Bumrah who, not content with scoring 29 of the 35 runs in Broad’s historic over, bowled superbly.

Lees was beaten for pace from around the wicket and both Crawley  and Pope were caught in the slips aiming big drives.

Then, after another rain interruption, Root was caught behind to a ball that lifted a touch as he tried to guide to third man and nightwatchman Jack Leach edged the superb Mohammed Shami.

After Rishabh Pant’s pyrotechnics on day one — he scored 146 from 111 balls — Ravindra Jadeja reached a more sedate but no  less important century in the morning session.

His First Test hundred outside India helped his team reach 416 all out after being 98-5 when he took guard.

The left-hander was calm and selective with his strokeplay and waved his bat  in his trademark sword celebration when reaching three figures.

Broad was then plundered for those extraordinary 35 runs in an over.

There have been around 700,000 overs bowled in Test history and this was the most expensive.

Considering the previous most in a Test over was 28, the world record was advanced by the huge margin of 25 per cent.

The tenth-wicket stand realised 41 before Broad caught Mohammed Siraj above his head at mid-off, giving Anderson a 32nd five-wicket haul in Test cricket.

A defiant Anderson, 39, said: “We’re up against it but we’ve been in this position before this summer.

“There are plenty of guys in the dressing-room willing to fight.

“We’ll continue to be positive — our message is that the best line of defence is  to attack.”