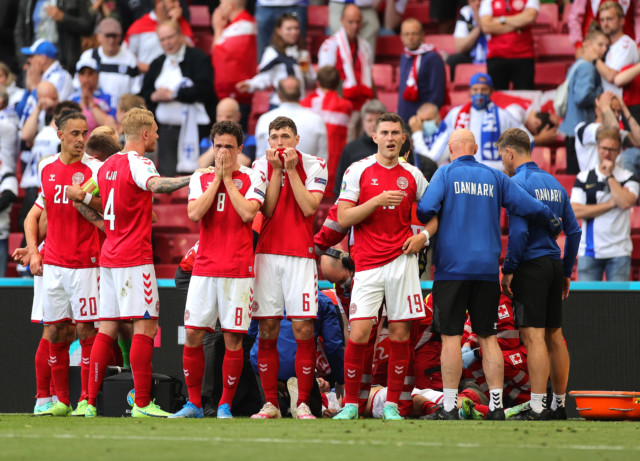 THE BBC has received 6,417 complaints after it continued broadcasting as Denmark star Christian Eriksen received emergency treatment during Euro 2020.

The 29-year-old collapsed on the pitch during his country’s first group game against Finland, leaving teammates and fans in tears. 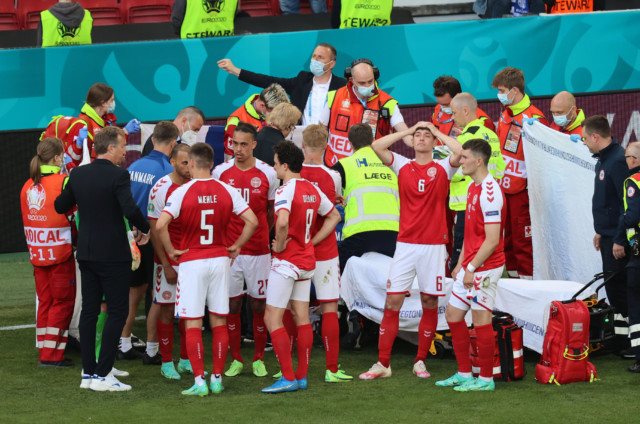 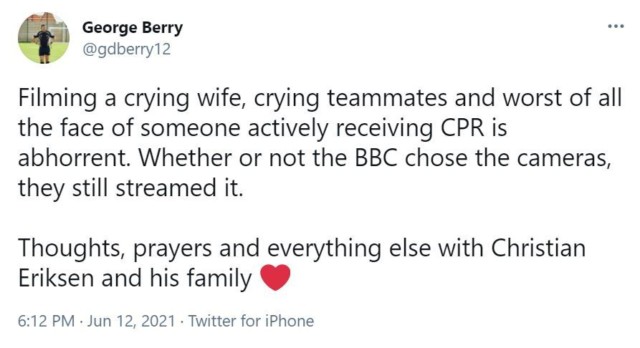 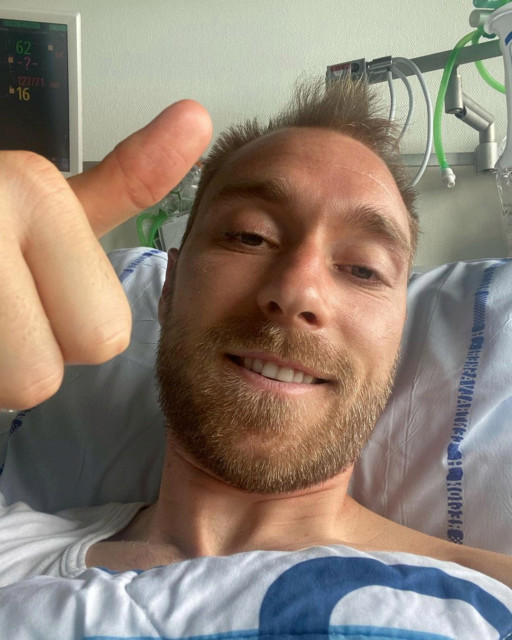 Cameras showed medics desperately trying to stabilise the Inter Milan midfielder as his fellow countrymen formed a protective circle around him.

Even Ian Wright weighed in, tweeting: “CUT TO THE STUDIO FFS!!!!”

Sabrina Kvist Jensen was seen in tears while being consoled by Danish players after she rushed down to the pitch.

One viewer said they were “utterly disgusted” by the decision to show her on screen.

Another posted on Twitter: “It’s absolutely atrocious how the BBC kept filming after all that was happening, no respect at all.”

And one commented: “Camera man at bbc needs to give his head a wobble filming #Eriksen on the floor and his wife crying her eyes out.”

Three days after suffering the cardiac arrest, Eriksen posted a thumbs up picture from his hospital bed.

He thanked everyone for their support and wrote: “I’m fine – under the circumstances.

“I still have to go through some examinations at the hospital, but I feel okay.”

Denmark’s players had visited him in hospital with team-mate Kasper Schmeichel saying it was “damn nice to see him smile”.

The 6,417 complaints are significantly less in comparison to other incidents the Beeb has been involved with.

For example, the BBC confirmed it received 109,741 complaints from the public over its coverage of the Duke of Edinburgh’s death.

The figure made the coverage of Philip’s death the most complained-about programme in the corporation’s history.

Shortly after the Eriksen incident, the broadcaster later apologised and said the footage was controlled by Uefa.

In a statement, it said: “We apologise to anyone who was upset by the images broadcast.

“In-stadium coverage is controlled by Uefa as the host broadcaster, and as soon as the match was suspended, we took our coverage off air as quickly as possible.” 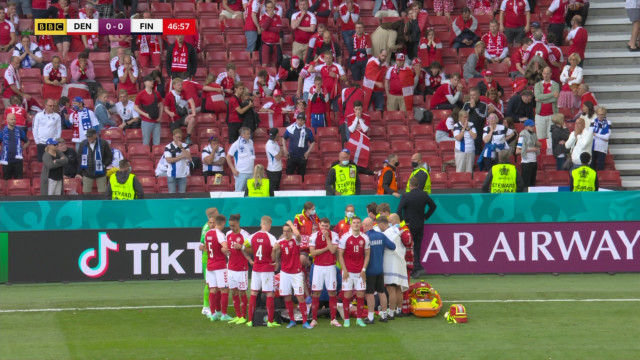 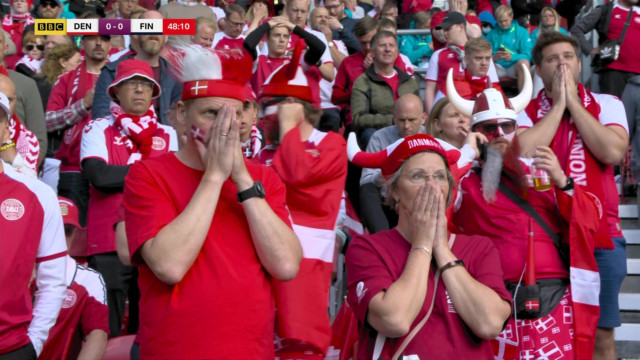 Fans watched in horror after the former Spurs ace collapsed

Another was ‘disgusted’ by the decision to keep rolling

One viewer said there was a ‘lack of care’

Football fans across the world are praying for Eriksen

People called for the BBC to cut its broadcast as soon as Eriksen collapsed
Advertisement. Scroll to continue reading.
In this article:christianeriksen, firstgroup, intears