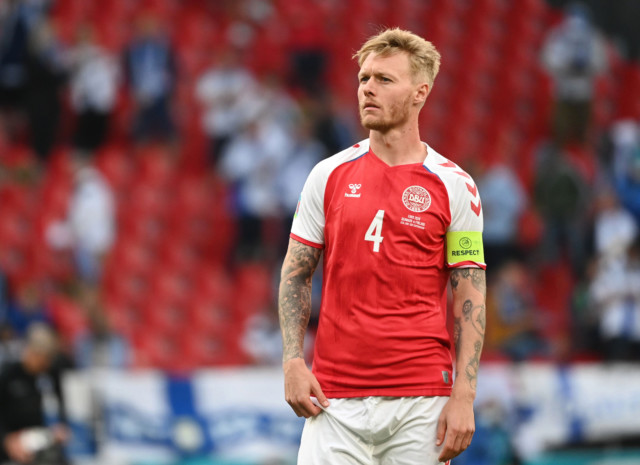 The Dane stopped Christian Eriksen from swallowing his tongue before performing CPR on his stricken team-mate on Saturday.

And the Italian giants are thinking about making him their permanent skipper as a result, according to Sportsmediaset.

Milan legend – and the club’s technical director – Paolo Maldini is said to support the move.

And Kjaer also has the fans’ backing with some supporters even starting a social media campaign to get him the armband, according to Gazzetta dello Sport.

Eriksen, 29, collapsed during Denmark’s Euro 2020 opener against Finland and the team doctor said he ‘was gone’ before they started cardiac resuscitation.

He needed 13 minutes of intense medical treatment – including CPR and defibrillator shocks – but was thankfully stretchered off the pitch awake soon after.

It was confirmed on Sunday the former Tottenham man had suffered a cardiac arrest but was stable.

And he sent a brief message to the public on Monday.

Denmark captain Kjaer has been widely hailed for his decisive action just moments after Eriksen collapsed. 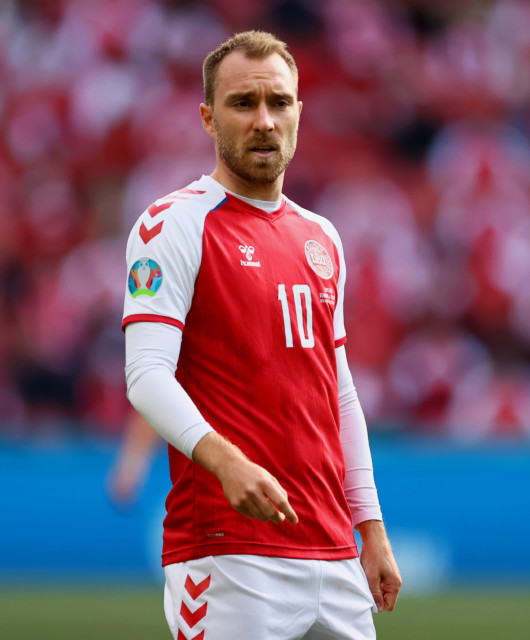 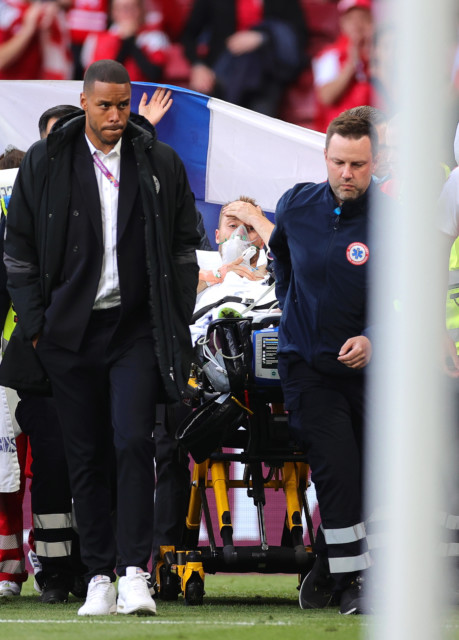 Eriksen was revived and stretchered off the pitch awake

The 32-year-old defender dashed from his position and pushed aside other players to immediately place Eriksen into the recovery position, clearly unconscious.

Kjaer realised what was going on and worked to stop the 29-year-old from swallowing his tongue and then took the life-saving decision to start performing CPR on his stricken friend.

And the 108-cap international’s inspiring actions could see him promoted at the San Siro.

Current club captain Alessio Romagnoli rarely starts these days and could reportedly leave in the summer.

And vice-captain Gianluigi Donnarumma is said to have agreed a £200,000-a-week deal with Paris Saint-Germain after deciding to leave Milan this summer at the end of his contract.

Kjaer has been at Milan since September when he joined from Sevilla for around £3.2million. He played 39 times in all competitions last season and scored once. 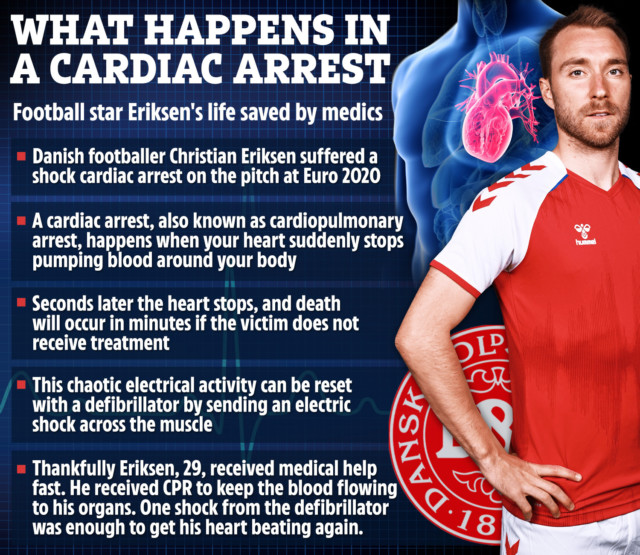 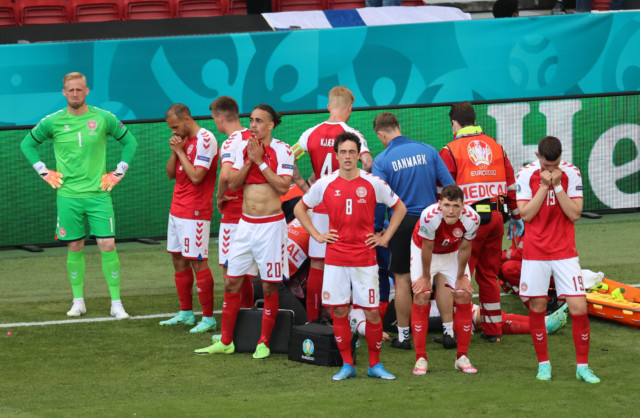 On Monday, Denmark keeper Kasper Schmeichel said it was ‘damn nice’ to see Eriksen laughing and smiling when he visited the playmaker in hospital with Kjaer.

And the Leicester keeper also revealed his admiration for his national team captain.

He said: “I am incredibly proud to have him as captain.

“It does not surprise me that he did as he did. He has an incredibly sensitive and human side of him.

“Simon and Christian spend a lot of time together in Milan as they live close to each other.

“We did not make any decisions. We did, as we did. I think it’s a very natural thing. Simon… I do not know what to say. He is an exceptional person.”