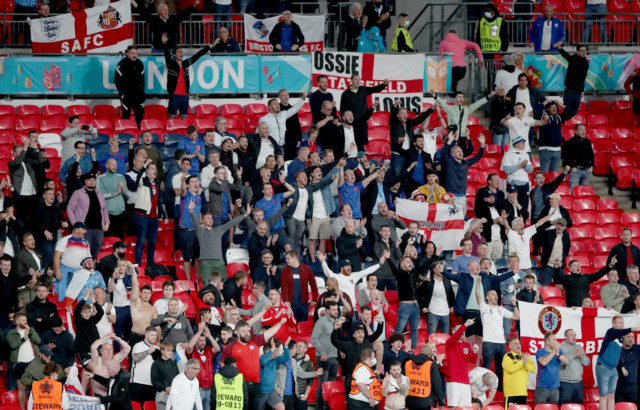 ENGLAND fans are set to scoop up 17,000 extra ­tickets as Germans were forced to stay away from Tuesday’s Wembley clash.

It will mean almost all the 45,000 Covid-reduced capacity will be cheering on Gareth Southgate’s side.

England fans are set to scoop up 17,000 extra ­tickets as Germans were forced to stay away from Tuesday’s Wembley clash

UK quarantine rules mean Germans needed five days’ isolation before the game, so could not travel.

Around 5,000 tickets earmarked for the German FA will be sold to UK residents via UEFA.com in the next 48 hours.

Up to 11,000 more are already being offered there, and are selling out in minutes.

Up to 1,000 additional tickets are also set to be sold by the FA to its England Supporters Travel Club members from today.

Mark Knapper, 62, of Hertfordshire, who has watched almost every England game for 20 years, said: “It’s great there are a lot more tickets available for England supporters.

“We’ve got a great chance to beat Germany.

“We’re capable of stepping up a gear, but I don’t think they are.”

The FA said yesterday: “We will attempt to secure as many additional tickets as possible.” 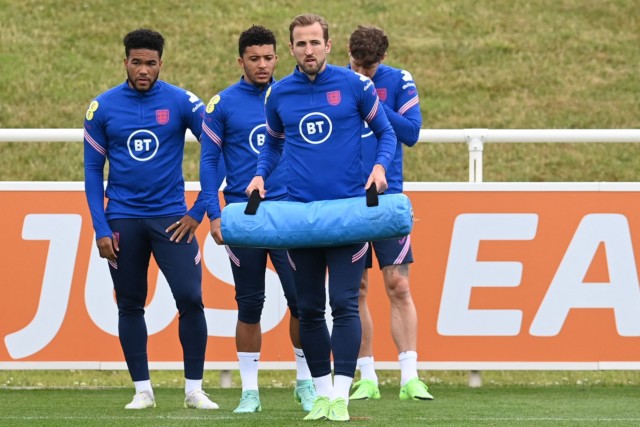