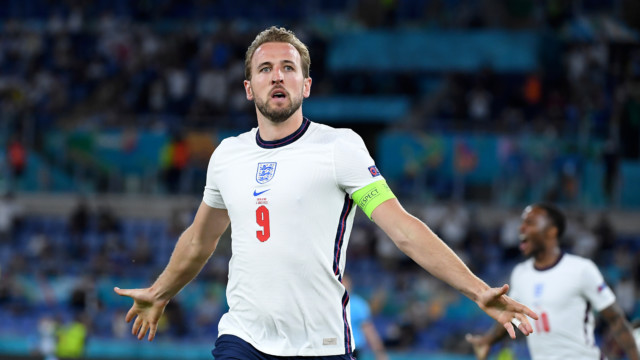 He is already the winner of three Premier League ones for finishing top scorer with Tottenham, as well as the 2018 World Cup prize.

Before this tournament, the England captain expressed his desire to add a Euros boot to his collection.

Following his failure to score in the group stages, Kane looked more likely to land a wooden spoon for firing blanks.

Yet as has proved repeatedly in his international career, he can be at his most dangerous during a goal drought and so it has proved again.

Kane is one of seven players who have struck three times but five-goal Portugal skipper Cristiano Ronaldo and Patrik Schick of the Czech Republic — who have both been eliminated — are in his sights.

The Three Lions star will firmly believe he could take his tally to six and this would surely see him bag Golden Boot No 5.

And more importantly, a three-goal haul over two games would mean England had likely  won the tournament.

Everyone’s feet at St George’s Park are on the ground but the players have their heads in the clouds and are dreaming.

What a difference a 2-0 win over Germany makes.

Against Croatia, Scotland and Czech Republic, Kane looked to be playing at 75 per cent. He seemed off the pace and was lacking confidence although the service was awful.

After wasting a good chance in the first half against the Germans, Kane returned to his best both on and off the ball.

And it needed a flying save from Ukraine keeper Heorhiy Bushchan to deny Kane from scoring a Marco van Basten-style volley which would have been his hat-trick.

And he will be hoping to hold off challenges from the likes of three-goal Dane Kasper Dolberg, plus Italians Ciro Immobile, Manuel Locatelli and Spanish trio Alvaro Morata. Pablo Sarabia and Ferran Torres who are all still in the running for that Golden Boot.

Speaking yesterday at the team’s Staffordshire HQ, England boss Gareth Southgate said: “It’s hugely important for us as a team that he’s starting to hit the back of the net.

“We said that after the goal against Germany that could be a significant moment for Harry and would have been a massive release.

“I think we saw that with the finishes against Ukraine and then the volley — that was an incredible volley. 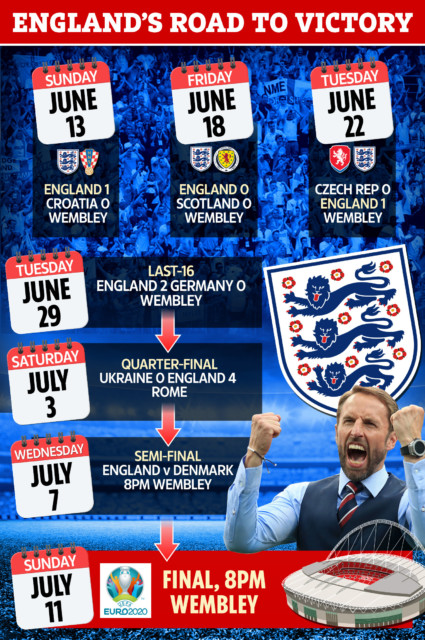 “A large part of their  character is formed then but it is brilliant to see how they continue to progress.

“They become fathers, they become experienced players, they go through this journey of life. That’s one of the beauties of coaching  really, that you get to witness those things and influence them in a very small way.

“But at the end it’s down to the players, they have to find their own way. And Harry is a brilliant example of somebody that will get the maximum out of himself because he’s always searching for anything that can make him a better player.

“He’s got that drive to be the best he possibly can.”

Most crucially, it looks as though Kane and 26-year-old Raheem Sterling have finally developed a telepathic understanding. It has been a long time coming.

Sterling has rightly been praised for scoring his three goals but in the last two games, his link-up play with Kane has been much better.

While Kane puts the team first, strikers by their very nature are different characters to the rest of the team.

Because their successes are obviously judged on goals, they tend to be more selfish. 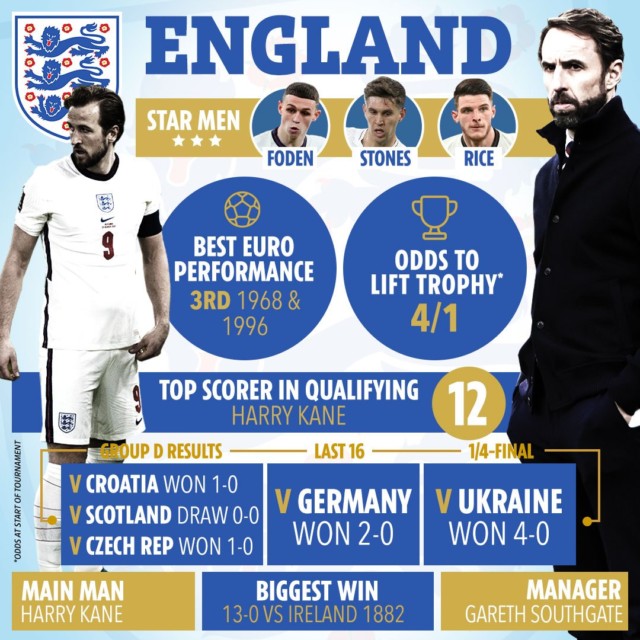 As a result, Kane will enjoy looking at the all-time England scoring charts.

To hit 37 goals in 59 games is an outstanding achievement.

He is sixth overall, three off Michael Owen and 16 behind Wayne Rooney.

The former Manchester United striker took 120 games to reach a record 53 but Kane will pass that number at a much faster speed.

Another record that Kane, 27, is certain to break is Gary  Lineker’s achievement of ten goals at major tournaments.

Kane’s tally is nine — so he could even pass Lineker’s mark against Denmark on Wednesday with two goals at Wembley.

That would surely then mean Kane will be leading the team out in the final.

But that will only be half the job for Spurs man.

He will want to bag a big  silver trophy on Sunday evening with, maybe, a bonus Golden Boot in the process.