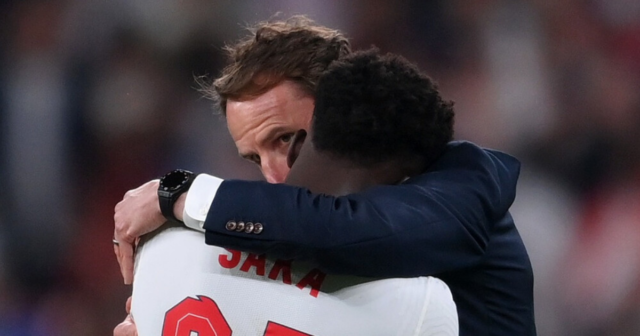 The Arsenal winger, 19, put his hand up to take a penalty for the Three Lions after a heroic performance from the player and his team. 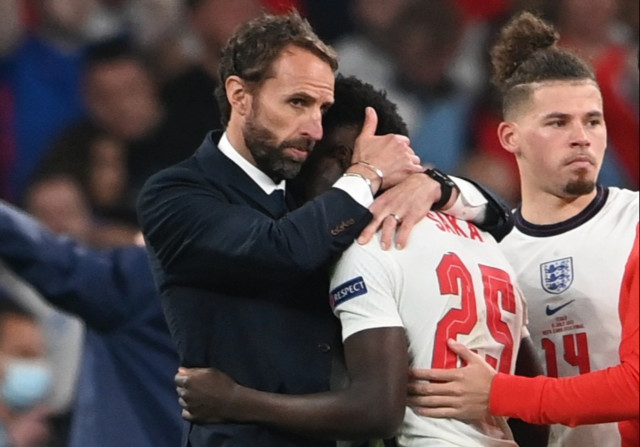 Gareth Southgate said afterwards he took responsibility for the miss

Immediately after his penalty, Saka was embraced by team-mates Kalvin Phillips and Luke Shaw as he broke down in tears.

Gareth Southgate also consoled the youngster along with Sancho and Rashford.

The manager has spoken openly and honestly about his own comeback from missing in the Euro 96 semi-final shootout.

Players who featured less over the tournament and yet were credited with being key dressing room figures took Saka under their wing, including Conor Coady, Dominic Calvert-Lewin, Ben White and Ben Chilwell.

Wembley rose to give a standing ovation to the England stars who had delivered a stunning run to the final.

Speaking after the game to ITV, Southgate stated that he was taking responsibility for the defeat.

He said: “We prepared as well as we could for that, that’s my responsibility, I chose the guys to take the kicks. 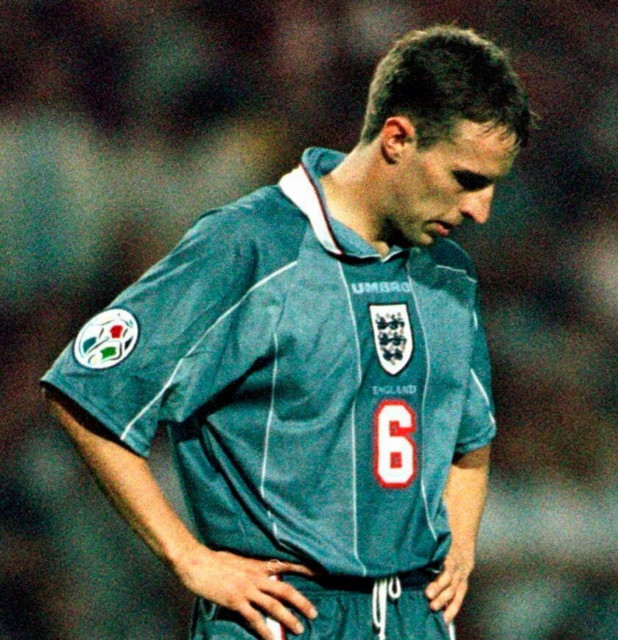 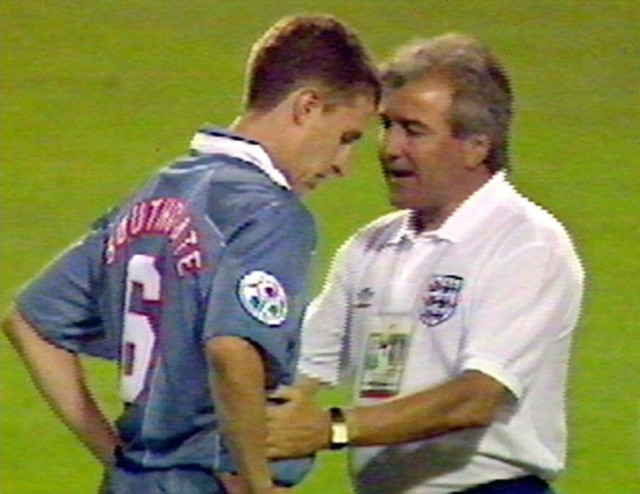 Gareth Southgate is consoled by Terry Venables in 1996 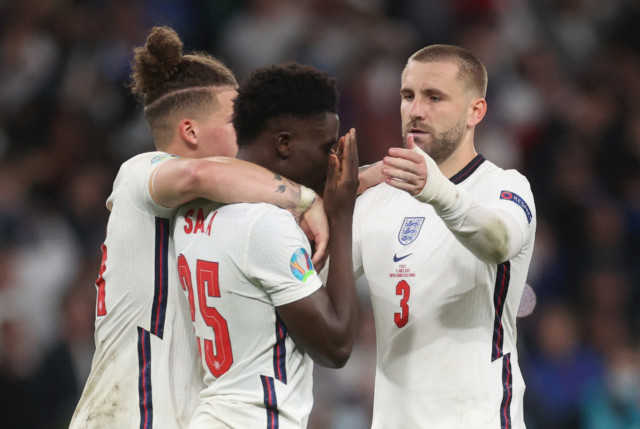 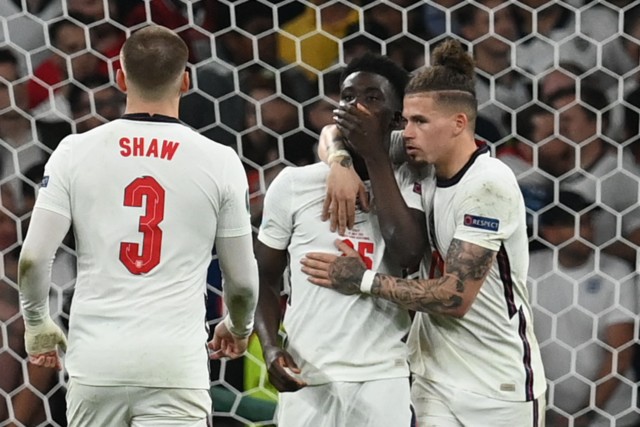 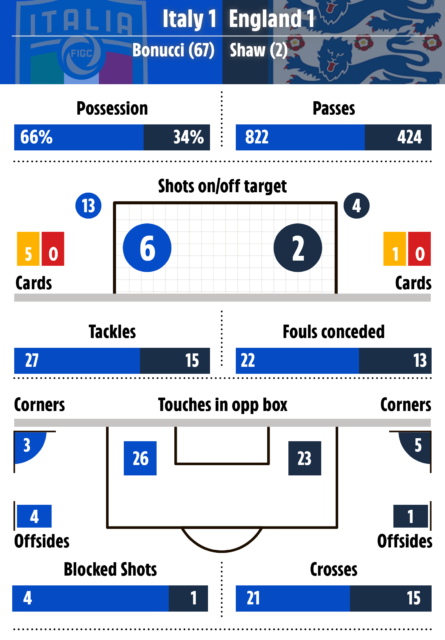 “In the end we weren’t quite able to see the game through in normal time and Italy showed what an absolutely outstanding side they are.

“Our players have done themselves proud, every one of them has been exceptional. It’s the first time we’ve got to a final and we’re obviously unbelievably disappointed not to go one step further.”

Southgate revealed what he told the players before the shootout and encouraged the nation to get behind those who missed.

He continued: “Nobody is on their own in that situation, we decided to make the changes at the end of the game.

“We lose together as a team. They’ve given everything, they’ve been tight throughout and that’s how it should stay.

“That’s my decision to give [Saka] that penalty so that’s totally my responsibility, not him or Marcus or Jadon. 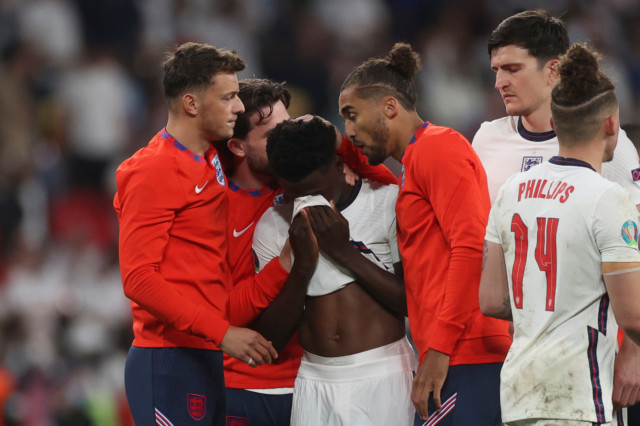 “We worked together in training, that was the order we came to. That’s my call as a coach.”

It was almost three hours earlier that Shaw had put the Three Lions a goal up in the final.

Leonardo Bonucci levelled after the hour mark in a gruelling 120-minute game that tested both side’s mental and physical stamina.

And it was the Azzurri who came out on top with a 3-2 shootout win. 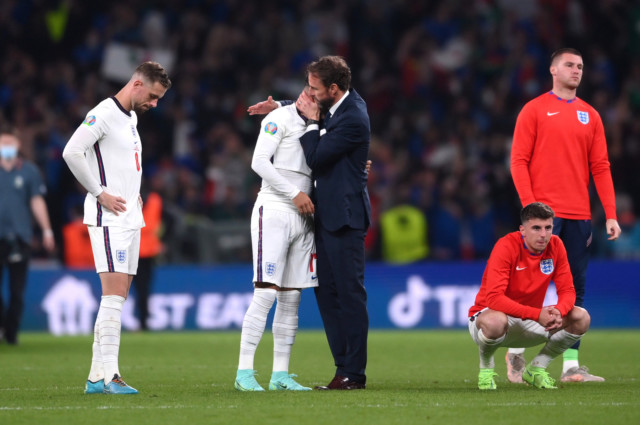 Southgate has bounced back from his Euro 96 disappointment fantastically 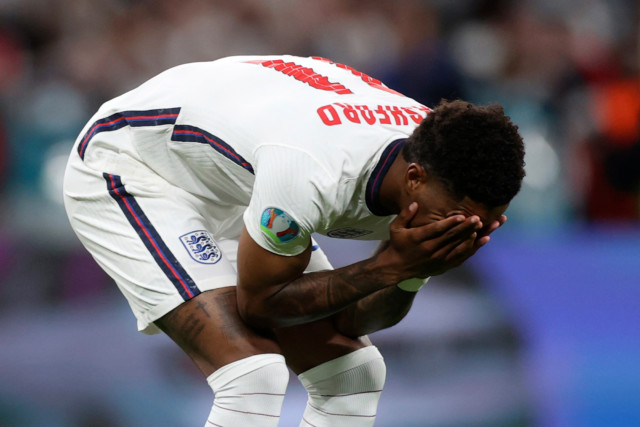 Sancho’s shot was saved by Donnarumma to give Jorginho the chance to win it, only for Jordan Pickford to produce his second stunning stop.

Saka had to score yet was denied by the superb Donnarumma, earning Italy their first Euros crown in 53 years.