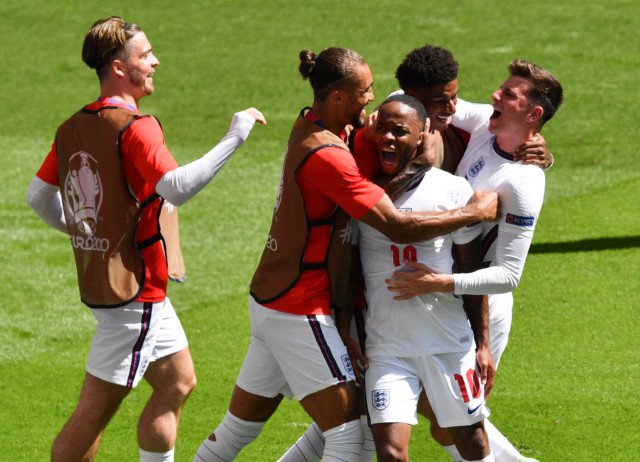 ENGLAND take on Scotland as they look to book their place in the Euro 2020 last 16.

The Three Lions were 1-0 winners over Croatia in their opening game as they got off to the perfect start.

England were 1-0 winners over Croatia in their opening game

But they still sit just second in the group at present, after the Czech Republic beat Scotland 2-0 at Hampden Park.

The Czechs remain in Glasgow today as they take on Croatia knowing they can book a last 16 spot.

How many teams qualify from Euro 2020 Group D?

A minimum of two teams will qualify from Euro 2020 Group D.